Shawn Langdon: 'I’m trying to stay as fresh as I can so we can be ready to go'

In his return to Top Fuel after two seasons in Funny Car, Shawn Langdon and the DHL team struggled a bit at the first two events of the season, but Langdon has been putting in the wheelwork to stay fresh and dragster-ready. This is one of a series of interviews with the top drivers in Top Fuel, Funny Car, and Pro Stock.
08 Jun 2020
NHRA National Dragster staff
Return to Racing 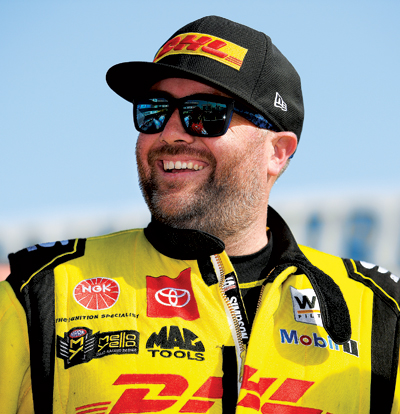 Early-season report card: In his return to Top Fuel after two seasons in Funny Car, Shawn Langdon was Friday’s low qualifier at the Winternationals with a 3.699 and eventually slotted fourth but smoked the tires in round one against rookie Justin Ashley. A 3.73 qualified the team seventh in Phoenix and a 3.71 in the opening stanza against Clay Millican earned them their first round-win of the season, but instant tire smoke in round two after a holeshot on world champ Steve Torrence knocked them out of action.

Looking back: “We made some great runs in testing and we came out of the box in Pomona and had a great Friday. We had some mechanical issues Saturday that put us in a little bit of a peculiar spot going into Sunday. Ashley made a great run and we were trying to run a little bit better than what they were. He got me a little on the starting line and we ended up shaking the tires, so we went to Phoenix and we made some good runs there. We lost a goofy one to Torrence. He was up there trying to flicker the Tree and ended up messing himself up and we had about a tenth advantage on the starting line, but our car ended up smoking the tires.”

Looking ahead: “It took me a few runs to get reacclimated to the dragster after racing the Funny Car the last couple of years, but I’m comfortable now. They’re different in how they drive and how they steer, and I had to find some ways to slow my steering down especially on the top end up after being accustomed to driving a Funny Car. I feel like we have a great car and a great team. I’m familiar with all the guys, so we have a good thing going. I’m definitely excited.” 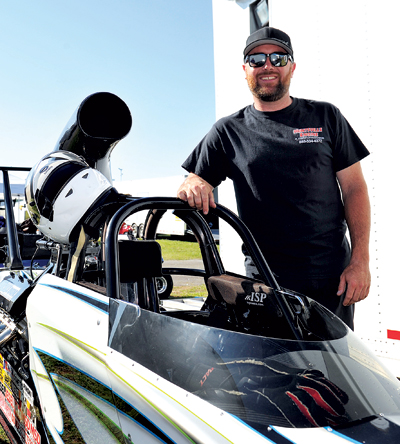 Shop talk: “There’s not much really going on in the race shop yet, but I’m still doing some bracket racing, driving two dragsters, and staying fresh on the Tree. I’ve been doing some practice Tree tournaments, so I feel like mentally I’m ready to go right now. I have bracket races on the schedule almost every single weekend depending on the states and their rules and regulations. I’m hoping by the time I get to race I’ll probably have 100 to 150 laps under my belt. We’ve had two months off and everybody’s like ‘I’m so bored,’ but I’ve stayed busy every day.”

The final word: “The only thing that separates a Top Fuel car from anything else is the speed, so there’s really no way to prepare for that other than getting in a race car and hitting the gas. I think we’re all in the same boat in that aspect, but as far as all the other stuff I’m trying to stay as fresh as I can so we can be ready to go when we get going again.”