Chris McGaha: 'We’ve come up with some new ideas and we’ve beaten on some things'

As the Mello Yello Drag Racing Series prepares to return to racing, Chris McGaha fills us in on how he's itching to side-step the clutch and launch again. This is one of a series of interviews with the top drivers in Top Fuel, Funny Car, and Pro Stock.
07 Jun 2020
NHRA National Dragster staff
Return to Racing 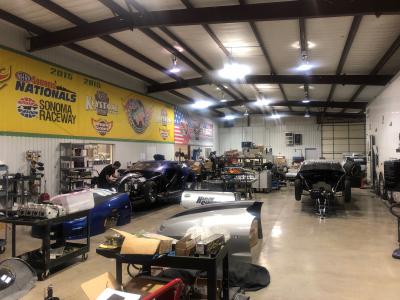 Early-season report card: Chris McGaha is no stranger to Mello Yello NHRA Drag Racing Pro Stock competition. He’s fan favorite for those who root for the drivers who also work as their own crew chief. Coming into the season McGaha qualified mid-pack at Pomona and Phoenix, and is still working to get past round two of eliminations in 2020.

Looking back: “At this point, the first two races were like a glorified test session for the rest of the 2020 season. We’ve established that we need more horsepower, and we have finally come to terms with the reality some teams have more power than we do. Everything went really well for the first two races, except for getting timed out at Phoenix. That seems like it happened three seasons ago at this point. We spent most of the winter repairing all the carnage we had from the 2019 season and we didn’t get to look for anything new. Now that’s all we have done is look for new. We actually needed this break being a small team.”

Looking ahead: “When we come back to race, we will have treated this time as another winter. We’ve come up with some new ideas and we’ve beaten on some things and want to go test before we go race. We want to see if what we have found moves over to the track.” 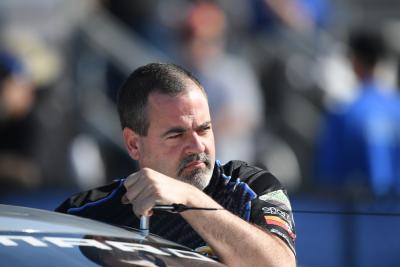 Shop talk: “The only thing on the car that changed is the number. Or at least that’s all I’m going to disclose.”

The final word: “As far as goals for 2020, they are still the same since we started. We’re working on getting get second car going with [son] Mason [McGaha].”