Bo Butner: 'I feel like when we all come back racing we’ll be stronger than ever!'

Bo Butner has been dubbed the "Luckiest man in Pro Stock," and if the 2020 season goes as he intends, come November he'll be celebrating his second Pro Stock championship on his honeymoon with Stock Eliminator racer Randi Lyn Shipp. This is one of a series of interviews with the top drivers in Top Fuel, Funny Car, and Pro Stock.
03 Jun 2020
NHRA National Dragster staff
Return to Racing 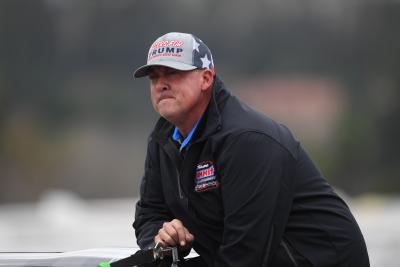 Early-season report card: Bo Butner led the Pro Stock points throughout the entire regular season in 2019, and came to Pomona in 2020 as the defending Winternationals event winner. He cleaned up there in 2018 in 2019 and was ready for a Pomona three-peat, but it was not to be after a troubled launch in round one against Steve Graham dashed his dynasty. Butner’s fortune was far better in Phoenix – even though the car’s performance wasn’t up to par. He showed his mettle by surviving off of his competitors’ misfortunes. In the final against Erica Enders, he was able to match her reaction time, but not her performance.

Looking back: “The first two races showed me we needed some more testing and that we have to be more aggressive on race day. With that being said, I struggled with traction at Phoenix until the final when we were too safe, but we had to get down track.”

Looking ahead: “I’ve been all-in on our car business these last two months. I’m not going to lie; after five years on the road, I’ve truly missed this company. My family, employees, and customers have noticed I’m back. Business has been amazing. We’re very blessed for that.” 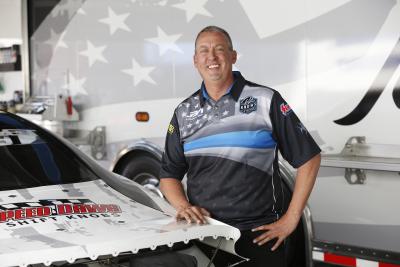 Shop talk: “Our Strutmasters.com Chevy Camaro is sitting on jack stands waiting for action in Mooresville, N.C., right now. I know KB Racing has been nonstop in the engine shop, and our leader Greg Anderson is dying to get on the track.”

The final word: “My goal is to still do whatever we can to race, win races, and run for our second championship. We’re still planning on going forward and looking forward to finishing up out west at the end of year. As some have been told, Randi Lyn and I have a wedding planned after the Vegas race. It should be a whirlwind season as soon we get rolling. Thanks to all the fan support and sponsors, I feel like when we all come back racing we’ll be stronger than ever!”