Fernando Cuadra Jr: 'We’re applying many of the things we learned from the first two races'

The Cuadra Racing team has been busy during this unexpected pause in racing action, and Fernando Cuadra Jr tells us it has allowed them to really up their capabilities. This is one of a series of interviews with the top drivers in Top Fuel, Funny Car, and Pro Stock.
05 Jun 2020
NHRA National Dragster staff
Return to Racing 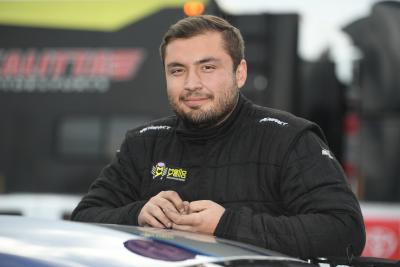 Early-season report card: We are seeing the birth of a new Pro Stock effort that is working to build a three-car team to campaign in the NHRA. Using engines from Nick Ferri, chassis from Jerry Haas, and a new race shop that is under construction in North Carolina, the Cuadras are readying their Mustangs for a future Pro Stock championship run.

Looking back: “Coming into this season we were a little cautious. Last year we were under the cover of KB Racing, and this year we were completely our own, running our own stuff, with our own crew chief. We were a little worried. The only achievement we wanted to was to get at least one car qualified in each of the races. So the first race came through and Cristian and I both qualified. Then I got a round win against [Deric] Kramer, so we were like, ‘Oh, this is even more than our expectations.’ So we were really amazed by that. Then at the Phoenix race we were assuming that Pomona was luck. But Cristian and I both qualified again, and Cristian went through first round, so we were even more surprised with the outcome that the season was having for us. So it was a great success. We of course committed a lot of mistakes ourselves as drivers, and the team had trouble getting the car ready for the next round, servicing the clutch and everything. We knew we were going to have to learn to work as a team with new members on it.”

Looking ahead: “This break in racing was a blessing for us. It gave us time to work on the cars and the team to come back stronger. We’ve worked on our organization and are applying many of the things we learned from the first two races. Our team spent two straight weeks working on the engines, every single day. They were dynoing new parts; cylinder heads, manifolds, cams, pistons, new everything — I mean completely redesigning our engine, and the results have been pretty good. The power gains are better than we expected, so the only part we are missing is to take them to the racetrack to test them.” 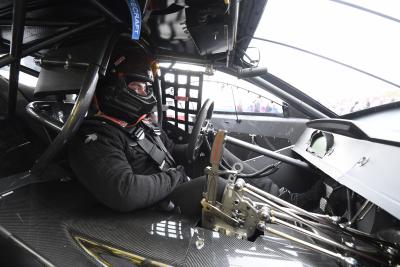 Shop talk: “Last week we went to Jerry Haas’ shop to work on my dad’s new Mustang. We are planning to have the three of us at the races this year. We are working on getting all of the trailers and the equipment ready to go testing before the first NHRA race. We bought a new set of shock systems from Adam Lambert, and we installed them. They required a lot of wiring, and this process has allowed us to find a lot of weak links in our system, and update our cars with the new equipment people offer.”

The final word: “The goal is to come back to racing with all three cars; it just depends on when that first race is. If it’s the last weekend in July, we should have the third Mustang ready. We’ve built six new engines so each car will have a complete spare.”