Brittany Force: 'We’re ready for all this to be over so we get back to what we love'

Past Top Fuel world champ Brittany Force began her second year with crew chief David Grubnic, two new sponsors, and hit the ground running with two No. 1 qualifying berths and a trio of round wins. This is one of a series of interviews with the top drivers in Top Fuel, Funny Car, and Pro Stock.
09 Jun 2020
NHRA National Dragster staff
Return to Racing 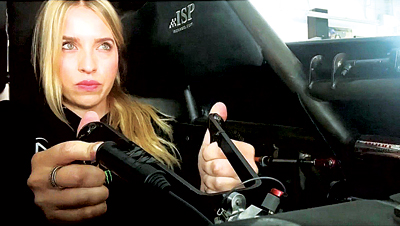 Early-season report card: The former season champ began her second year with crew chief David Grubnic, two new sponsors, and hit the ground running, qualifying No. 1 in Pomona in the black and green Monster Energy livery and then sitting on the pole again in Phoenix with the yellow-based Flav-R-Pac colors. The car lived in the 3.60s even when it lost. After taking the Pomona pole with a 3.657, she ran two 3.68s, the second one in losing to Doug Kalitta in the semi’s. A 3.67 got her No. 1 in Phoenix and was followed by a season-best 3.643 -– the sixth quickest run in Top Fuel history- – in round one and then another 3.68 loss to Kalitta in round two.

Looking back: “We had an incredible season last year and were in the hunt for a championship, so when that carried over, I think we were all feeling good. That seems like forever ago, but, overall, being No. 2 in points is a great place to be. We want to be first and feel like we’ll get there when we get things going again, but definitely not a bad start.”

Looking ahead: “Coming into this season there’s more confidence for the team because it’s pretty much the same package, same everything, carrying over from where we ended last season. There are not any big adjustments with crew guys or crew chiefs or anything like what we had for 2019 so that always gives you more confidence. Grubnic is always pushing; he always wants more, and he wants to set records and we always run pretty consistent, and I think that’s a positive, especially going into race day.” 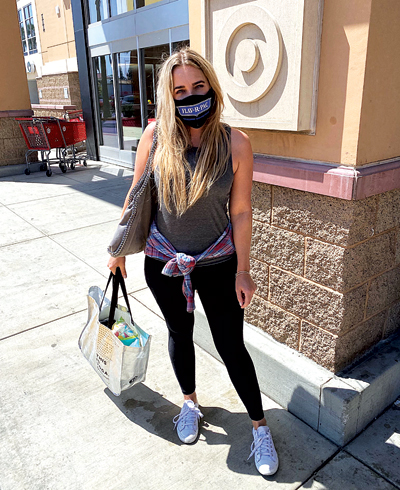 Shop talk: “I pop into the office a couple of times a week and try to stay busy there. We have the car I won the championship with, and I’ve climbed in it a handful of times -– it makes me feel normal again. I just climb in there and throw my belts over my shoulders and hook it up to a Christmas Tree. For me, that’s as close to the real deal as it’s going to get for right now.”

The final word: “I’m trying to keep my sanity. I’m not used to this. My entire life I’ve been living out of a suitcase, in and out of airports and hotels, so to be home for this long is just crazy for me. I turned my spare bedroom into a workout room. I found some hiking trails by my house I didn’t know were there and getting outdoors and taking a breath of fresh air every once in a while makes me feel normal again. Thank heavens for my family. We’re all healthy and staying safe and we’re taking all precautions, wearing gloves and masks, but we’re just ready for all this to be over so we get back to what we love and to give our sponsors what they really want: a trip to the winner’s circle.”