A pre-season trailer fire put the team behind the 8 ball and caused them to miss testing, but Ron Capps and the NAPA Auto Parts team rebounded for a strong start to the 2020 season. This is one of a series of interviews with the top drivers in Top Fuel, Funny Car, and Pro Stock.
04 Jun 2020
NHRA National Dragster staff
Return to Racing

Early-season report card: A pre-season trailer fire put the team behind the 8 ball and caused them to miss testing, but they were able to get a round win in Pomona and reached the semifinals in Phoenix before falling to Don Schumacher Racing teammate Tommy Johnson Jr. in the semifinals with their season-best pass of 3.864.

Looking back: “For what we went through with the fire and everything, we feel pretty darn good. Even though our last run in Phoenix was a loss to T.J., I haven’t seen [crew chief Rahn] Tobler that happy after a round loss in a long time. We made huge changes to the car going into that run because we felt like we needed a tenth and the car did everything he wanted it to do. He was so excited about how the car ran that he could not wait to get to Gainesville.” 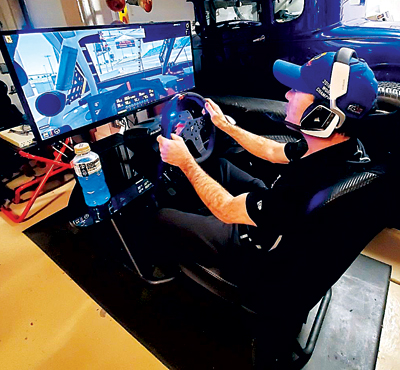 Looking ahead: “With just two qualifying runs at most of the events, some big teams might not qualify, but even though we’re not usually low qualifier I know we’re going to go down the track. It may not be qualified as good as we want sometimes, but the big picture is to win the race on Sunday. Even if we’re lost [in qualifying], Tobler always gives a good chance on Sunday because he stays close to his data and doesn’t get lost.”

Shop talk: The team has been working hard in the shop to adapt to their new trailer, which initially was set up very differently than the one they lost. “It was little things like bolts and nuts and fittings not being in the right place, so our servicing between runs was not quite as quick as it should have been. Since they got back, they’ve gone through everything, organized it, and cleaned it to get rid of the smoke smell.” The team also received a new Charger body as a backup for one of the bodies they lost in the fire.

The final word: “Other than all of the iRacing that some of us have been doing, being off this long without driving, I think we’re going to see a lot of drivers getting out at the end of their first run laughing and smiling about what it was like. I’m sure it’s going to feel crazy the first time any of us steps on the gas for the first time in more than four months.”