Alex Laughlin: 'All we have to do is shove the car back in the trailer, and we are ready to go racing'

Alex Laughlin's 2020 NHRA Mello Yello Drag Racing Series Pro Stock start began with great preseason testing before the car stumbled with odd mechanical issues. Laughlin is ready to put all of that behind him and get back in his Chevy Camaro. This is one of a series of interviews with the top drivers in Top Fuel, Funny Car, and Pro Stock.
08 Jun 2020
NHRA National Dragster staff
Return to Racing 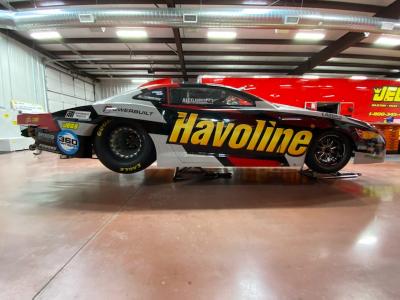 Early-season report card: As part of the Elite Motorsports team, Pro Stock racer Alex Laughlin is coming off a 2019 team success that saw Erica Enders and Jeg Coughlin Jr. finish first and second in the championship. His 2020 season has gotten off to a less-than-stellar start with some car consistency and part-failure issues that no one could have predicted. But he expects all of that to be behind him now that the car has been sorted out.

Looking back: “We left from testing in Florida with the best Pro Stock car on the property and arrived at Pomona with the worst Pro Stock car on the property, and things didn’t really go well there. In Phoenix, it was a lot more promising. We only lost in round three because my driveshaft broke — which is not common — about 60 feet out, and even Bo [Butner] himself would say he’s the luckiest guy on the planet because he was in the lane next to me when that happened. All Bo had to do was go down the racetrack to make it to the finals. We ran at the World Doorslammer Nationals where the car felt really good, so we ended on a pretty high note.”

Looking ahead: “Wherever the next race is, whatever it’s going to be, I’m just ready to be at the racetrack. I don’t know that we’re going to do any testing in my Pro Stock car before the first race, but one thing I’ve been doing to stay sharp is racing my CanAm side-by-side. I’ve been working on it a lot. In my first race with it, I qualified No 1. Then on the first lap I got hit and went off the top of a jump, was T-boned in the air, and the car was totaled. Now I am doing a full rebuild.” 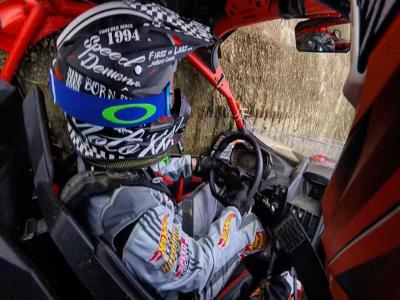 Shop talk: “The [Pro Stock] car is ready from Gainesville. It came home and we tinkered with some stuff, but everything has been ready for months now. All we have to do is shove the car back in the trailer.”

The final word: “Man, right now I just want to be able to hit all of the races and finish the 2020 season. I’ve been very lucky that all of my sponsors have stuck with me and continued the support they’ve always given me.”