Justin Ashley: 'Having a break like this really puts things in perspective'

Rookie Top Fuel racer Justin Ashley had high hopes for this season and started out strong in his quest to win rookie of the year honors. He's parked like everyone else but still has big expectations for his season. This is one of a series of interviews with the top drivers in Top Fuel, Funny Car, and Pro Stock.
02 Jun 2020
NHRA National Dragster staff
Return to Racing 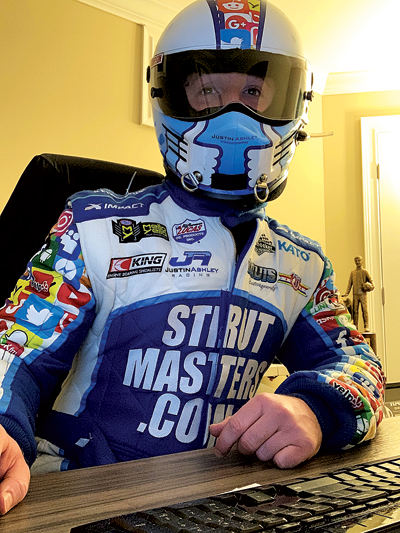 Early-season report card: After racking up a trio of round wins in three events at the end of 2019, the house-flipping rookie Top Fuel pilot and veteran crew chief Aaron Brooks scored a round win at each of the season’s first two races and Ashley continued to dominate the starting line with four reaction times under .046 and a class-leading .040 average. They qualified an impressive fifth in Phoenix with a season-best pass of 3.707 and ran 3.717 in round one to showcase some consistency to beat Scott Palmer but fell to instant tire smoke in round two.

Looking back: “At the end of last year we were running very consistent in the mid- to high-3.70 range and we wanted to take that next step and run into high-3.60/low-3.70 range. We struggled during testing and during qualifying in Pomona all the way up until we ran the 3.72 in the first round, and a lot of that was because of issues with the blower belt coming off every pass. We were struggling to even get any data. Aaron and the crew were finally able to get it resolved, then we were able to make a few passes and get some data that put us in a great place to carry it forward into Arizona.”

Looking ahead: “We’re definitely happy with our results; every time we go to the track we want to win, and I think that we’re doing a great job and continue to progress and get better every race. I think more than anything else it’s a testament to the group of guys that we have. I think in the long run those struggles made us better as a team. Our original plan was to run 12 events this year, and our goal was to win rookie of the year. We’d still like to run 10 more and make it the full 12. It’s actually funky the way that the season worked out; we’re sixth in the points so maybe we should consider running the whole year. We’re weighing all of the different options. We’ll see how the first few races go when we come back.” 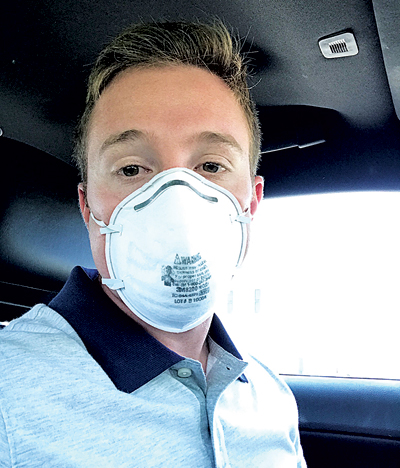 Shop talk: “We had everything pretty much ready to hit the track in Gainesville so there’s not too much that Aaron and the guys can do until we can get back out to the track and start testing or running an event. Personally, I’m spending a lot of time visualizing runs, going through my procedures and progressions and mentally making laps in the car every day so that when racing does come back, I’m ready to hit it and hit it hard right away.”

The final word: “I’m a rookie driver so I try to learn and continue to grow as a driver and as a representative of our team and sponsors every time we hit the track. Whenever I hear someone say something [about my good reaction times], it’s very humbling because I grew up watching these guys race and wanted that to be me one day. I just look at it like it’s part of my job. Having a break like this really puts things in perspective; there are a lot of more important things going on the world and now is not the time to be selfish. I think we need to be selfless, as race teams and as a society.”