Matt Hartford: 'We have a car that can run for the championship—bar none'

With six final-round appearances in 2019, Matt Hartford was ready to run for the championship in 2020. After nearly three months away from his race car, he is ready to get back into his Chevy Camaro. This is one of a series of interviews with the top drivers in Top Fuel, Funny Car, and Pro Stock.
02 Jun 2020
NHRA National Dragster staff
Return to Racing 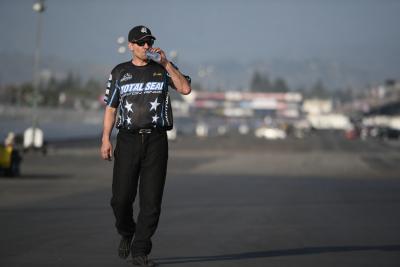 Early-season report card: In 2019, Hartford went to six final rounds and had a chance to win the championship. Over the winter, he decided to switch to engines from KB Racing. He fired up the brand-new engine platform (that had never been in the car until February) the week before the Winternationals. He did zero testing prior to his team’s debut at Pomona, and struggled with an intermittent electrical problem that didn’t fully present itself till Phoenix.

Looking back: “When we got to Pomona we struggled with some electrical gremlins in the car, which had nothing to do with the engine platform, and we struggled all the way through Pomona with that; we struggled, honestly, until Q3 in Phoenix. By the first round in Phoenix when we figured it out we never got to make a clean run in the first two races. But at the World Doorslammer Nationals that was held in Orlando (March 6-8, 2020), we ran 6.460 and qualified No 1. We said, ‘Wow, we really have a great program.'”

Looking ahead: “I was going to run for a championship in 2020; depending on what the schedule is, we may have to pick and choose the races we go to now. To coin Matt Smith, I am a “hobby racer” – I don’t make my living racing. I’m a business owner first and foremost. If we have to run 16 races back-to-back, it’s going to be tough.” 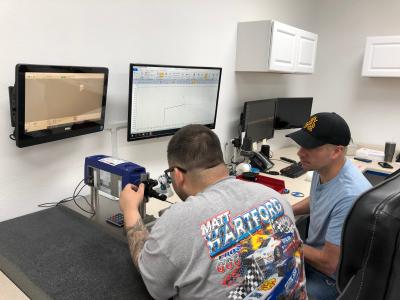 Shop talk: “Since the car got loaded into the trailer in Gainesville, the doors of the trailer have not even been opened. We have been 100-percent focused on what we have to do to make a living. We have 56 employees that all have families. My number one concern is that every one of them gets a paycheck every week, and that they and their families are safe and healthy. My partner on the car, Chris Engelsen at CIP1, has a similar-sized business and he wants to make sure that all of them are safe and being paid. The guys on my crew, Eddie Guarnaccia and my brother Adam, are both business owners in Pennsylvania. Our concerns right now are the businesses and employees — not the racing right now. I know that without a shadow of a doubt, whatever engine Jason Line rolls over into our pits to put in the car is going to be as good as anything he has in the shop, and I trust everybody on my crew that we are going to make the right decisions for Q1. We’re going to go out there conservatively, but we’re going to make the right decisions to go out there and be a contender at the track.”

The final word: “By NHRA’s points, it doesn’t look like we’ve done very well, but after running three races (two NHRA and the World Doorslammer Nationals) we feel we have a car that can run for the championship — bar none. There’s no question we are going to make every attempt to do it. Now, depending on the schedule, I’m not saying we can do it. But we don’t know the schedule yet — to sit back and make any assumptions is a waste of time. So we’ll have to see.”