Clay Millican: 'I can’t wait to stomp on that loud pedal ... it’s been way too long'

The Mike Kloeber-tuned Parts Plus dragster was solidly in the 3.70s in both Pomona and Phoenix, but the results haven't been there on raceday, so Clay Millican sits ninths in points after two events, but is eager to get back into action. This is one of a series of interviews with the top drivers in Top Fuel, Funny Car, and Pro Stock.
07 Jun 2020
NHRA National Dragster staff
Return to Racing 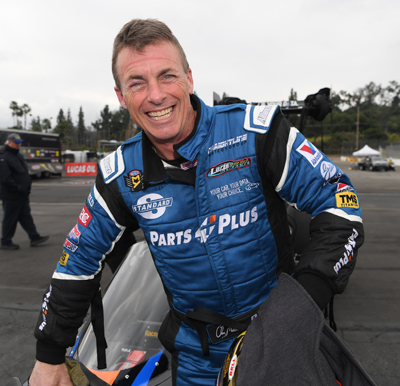 Early-season report card: The Mike Kloeber-tuned Parts Plus dragster was solidly in the 3.70s in both Pomona and Phoenix, qualifying, respectively, eighth and 10th with bests of 3.750 and 3.771 and locked down their first round-win of the season in Pomona with a season-best 3.731 to defeat Terry McMillen. Millican left on Brittany Force by four-hundredths in round two but still got beat to the stripe. In Phoenix, Millican clocked a solid 3.75 but got beat by Shawn Langdon’s better 3.71 in round one.

Looking back: “The biggest thing we had concerns with coming into the season was clutch discs, which is normal for everybody but it’s especially different for small teams like ours because we’re not able to buy a lot, so that means we swap clutch discs quite often. It was clutch discs that screwed us in the Countdown last year –- some of that was definitely our fault -– so we were trying to recover from what we found at the tail end of the Countdown. Our goal was to make the thing go down the racetrack and not necessarily trying to rip off .60s. We were pretty much on target for doing what we want to do, which was get our feet back under us with the clutch discs that we’re going to be working with.”

Looking ahead: “Less qualifying sessions means we will burn up fewer parts and it also means that it is of the utmost importance that you’ve got a tune-up that’ll go down the racetrack to get you in because you’re not going to have any throw-away runs. A lot of times we would use one qualifying pass as a test session and we will not be able to do that anymore, so you’d better be prepared to get yourself qualified in fewer runs.” 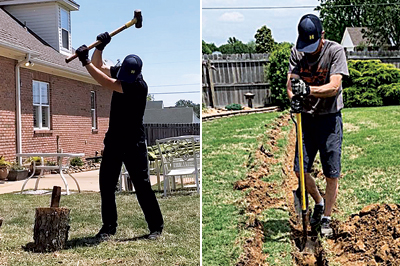 Shop talk: “No one is working at our shop; they’ve all been home since a week after Gainesville was postponed. We were ready to go at Gainesville. Everything that we have is ready to go. In the meantime, [wife] Donna and I are doing lots of construction work and clean up at my parents’ house/grocery store because we have to sell that place. I’m not a fan of construction work or digging ditches at all, but it’s been keeping us busy.”

The final word: “I can’t wait to stomp on that loud pedal. It’s definitely something that I am very, very much looking forward to because it’s been way too long. We’ll be jumping right into the fire because I don’t know if there will be any testing –- certainly not for us anyway -– so I know I’ll have butterflies like I always do before the first run of a season. I’m not afraid to admit it, but it’s always like, ‘Holy crap, I haven’t ridden this roller coaster in a long time,’ and it ain’t gonna be a test lap where it’s like, ‘OK, go to 330 [feet] and shut it off’; it’s gonna be ‘Send it!’”