Robert Hight: 'I can’t wait to get back and try to defend our championship'

After qualifying third in both Pomona and Phoenix with mid-3.8-second passes, defending NHRA Mello Yello Funny Car champ Robert Hight's Jimmy Prock-led Auto Club team has just one round-win in two events, but he's confident in his team and their tune-up. This is one of a series of interviews with the top drivers in Top Fuel, Funny Car, and Pro Stock.
08 Jun 2020
NHRA National Dragster staff
Return to Racing 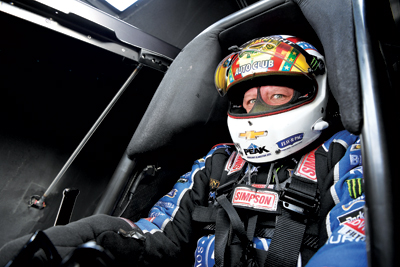 Early-season report card: After qualifying third in both Pomona and Phoenix with mid-3.8-second passes, the Jimmy Prock-led Auto Club team has just one round-win, over Terry Haddock in Pomona. He grabbed a good holeshot in round one in Phoenix but shook hard and had to lift after nearly crossing the centerline.

Looking back: “We went testing and did well and we’ve actually qualified well but we haven’t raced well. We made a lot of mistakes in the first two races, but the good news is that we’re not that far off. We changed the fuel system a little bit and we were dropping cylinders.”

Looking ahead: “We tested Monday after Phoenix and it ran really well and Jimmy is one of those guys who never stops thinking, so you give him a few months to think about something, look out. When you only have two qualifying runs, you have no throwaway runs, so you’re going to want to make the best of both. I’m going to predict that we might not have as many No. 1 qualifiers as we normally would because you’ve got to be a little smarter about every run. It’s really easy to have problems and take two runs before you figure it out. We’d like to test before the first race but that’s all still to be determined. If we can get back to the consistency we’ve had the last three seasons you can really get some momentum. If you put three or four wins together — and we’ve done that several times -– and if you can do that with no Countdown, you’ll be looking good.” 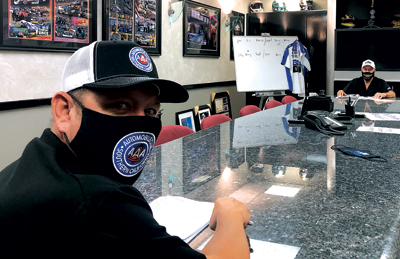 Shop talk: “We haven’t done a lot at the Indy shop because Indianapolis was shut down, but we’re ready to go back to work, but, honestly, there isn’t a lot to do. We were ready to race in Gainesville and we were back in the shop quite a bit after Gainesville got shut down, so we’re ready for the most part.”

The final word: “I can’t wait to hear a nitro engine run and I can’t wait to get back and try to defend our championship. I’m looking forward to straight points, no Countdown. In 2007, I would have been the champ if it wasn’t for the Countdown, so I’m excited about that. I can’t start soon enough. With baseball shut down and all of the shooting ranges here in California shut down, time is just lingering.”