24 Mar 2016
Alex Waldron, National Dragster Associate Editor
Throwback Thursday
During Ken Veney’s drag racing career, he established himself as a successful driver and an all-time great crew chief and engine builder who was credited with many major innovations. Behind the wheel of his Top Alcohol Funny Cars and Top Alcohol Dragsters, Veney was drag racing’s seventh-winningest driver when he retired in 1985. He became a fuel crew chief in 1988 and won 13 NHRA titles with four drivers before retiring from the sport completely in 2001. Here’s a look through some of the NHRA National Dragster photos of Veney’s drag racing career. 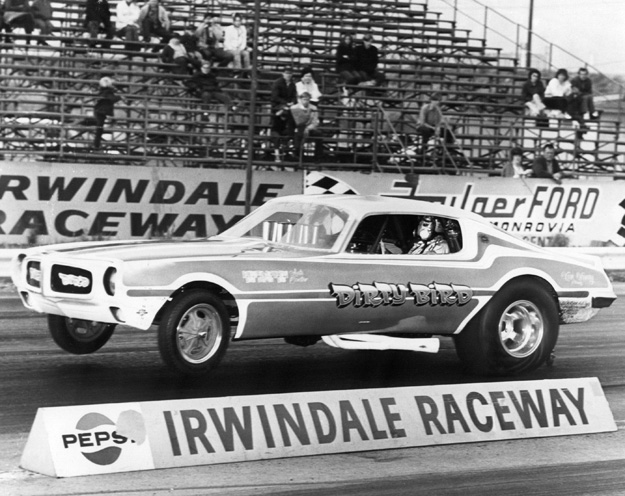 Veney began his drag racing career in 1970 when he was 30 years old. In 1971, he appeared in the final of more than 20 Southern California injected Funny Car races with an ex-Gordon Mineo Firebird dubbed the Dirty Bird. 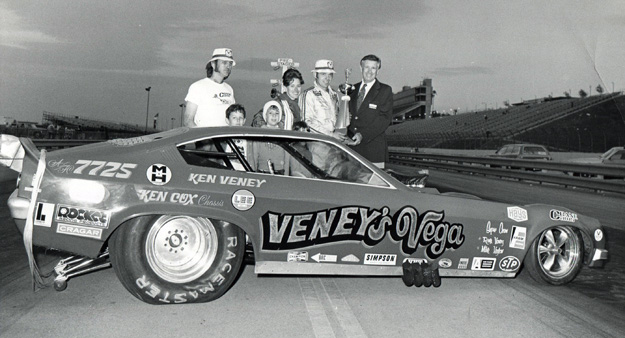 Veney designed and built the first of four Veney’s Vega Funny Cars in 1972 and went undefeated for the season. In 1973, he added nitro, and in one of his few NHRA appearances in A/FC Comp, he recorded a new national record with a 7.45. Veney was the No. 1 qualifier and runner-up at Pro Comp’s first race, at the 1973 Supernationals in Ontario, Calif.  At the following event, the 1974 Winternationals, he made the first NHRA run in the sixes and was runner-up to Dale Armstrong, who was driving Veney’s A/Fuel Dragster. It wasn’t until the 1975 Summernationals in Englishtown that Veney won his first national event with the quickest run in history, a 6.76. 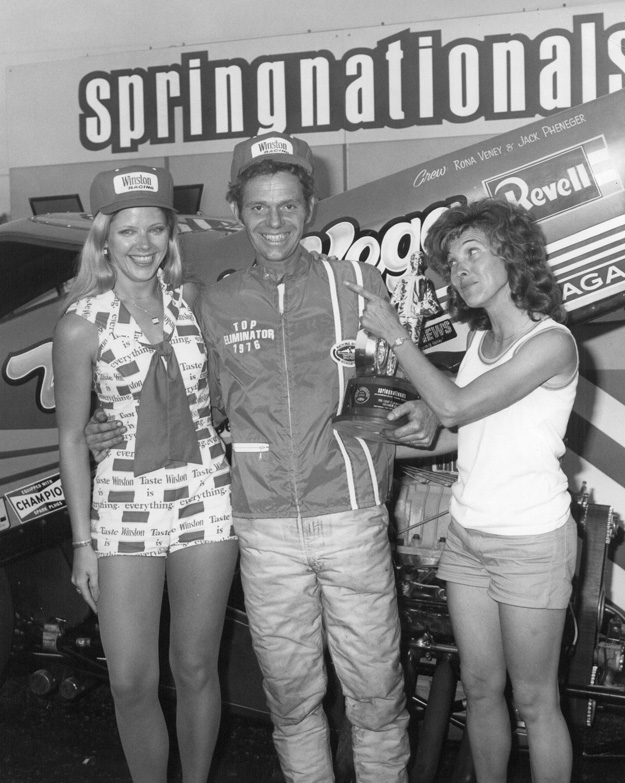 Veney had the finest season of his career in 1976. He won Pro Comp at six of the first seven national events and reached the semifinals of every race he didn’t win. Unfortunately for him, he wasn’t crowned champion because he lost in the semi's at the World Finals, and that caused him to quit the sport. 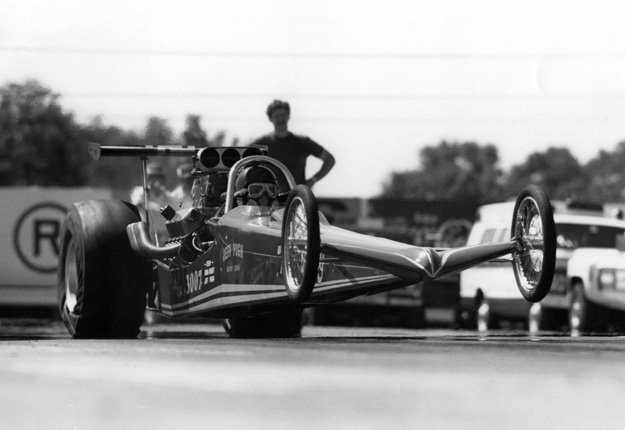 Veney returned in mid-1977 with a used dragster chassis and a one-of-a-kind 351 Cleveland Ford with a handbuilt manifold. In his third time out with the new dragster, Veney earned his eighth national event victory at the Summernationals that year. He eventually sold the dragster and returned to Funny Cars in mid-1978. 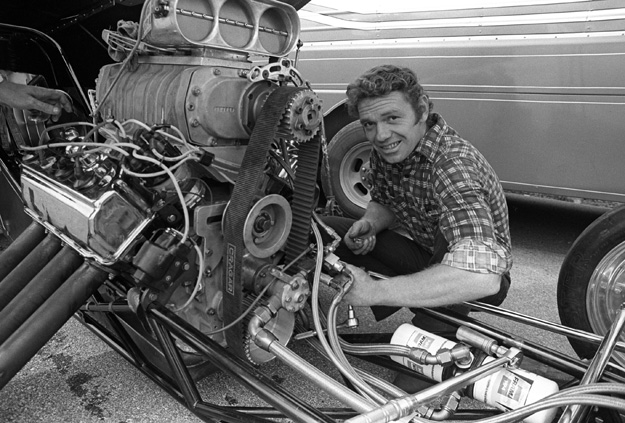 Veney is well-known not only for his success as a driver but also as an innovator. After experiencing a series of cylinder-head failures, he created his first pair of billet heads that were essentially hand-carved from scrap aluminum using a Bridgeport machine. Darrell Gwynn, Bob Newberry, and Tony Bartone are among Veney’s most successful customers, having won every national event in their alcohol careers with Veney’s heads. 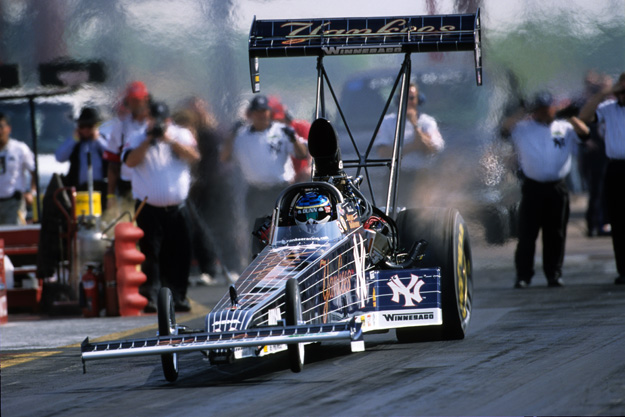 From 1996 through 2001, Veney served as the crew chief for Darrell Gwynn’s New York Yankees-sponsored Top Fuel dragster, which Mike Dunn drove. Veney ended his NHRA Drag Racing career in 2001 because he wasn’t willing to commit to a full-time schedule and wanted to focus on the development of his cylinder-head business.