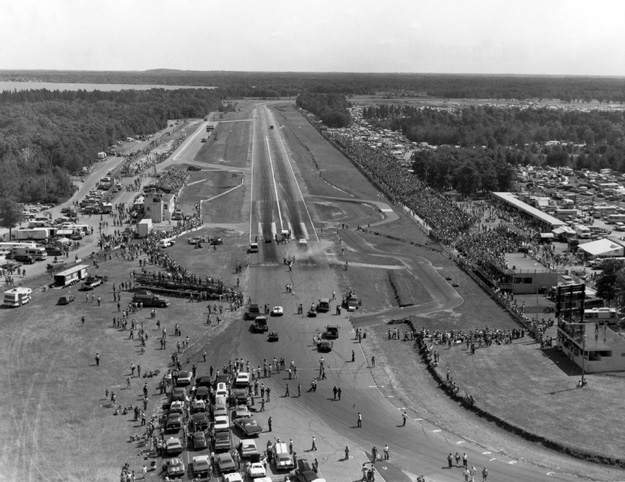 Here’s an aerial view of Brainerd Int’l Raceway in 1982, nestled in the forest and lake lands about 150 miles north of Minneapolis. 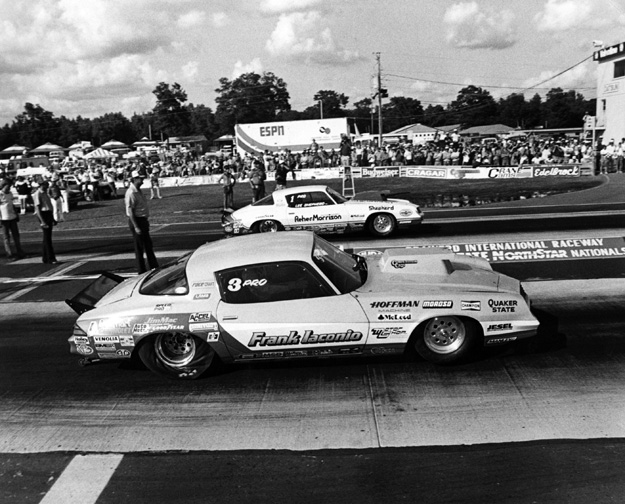 Lee Shepherd, far lane, locked up the 1982 Pro Stock world title after he drove his Reher-Morrison Camaro to the winner’s circle for the sixth time that season, defeating Frank Iaconio, 7.96 to 7.97. 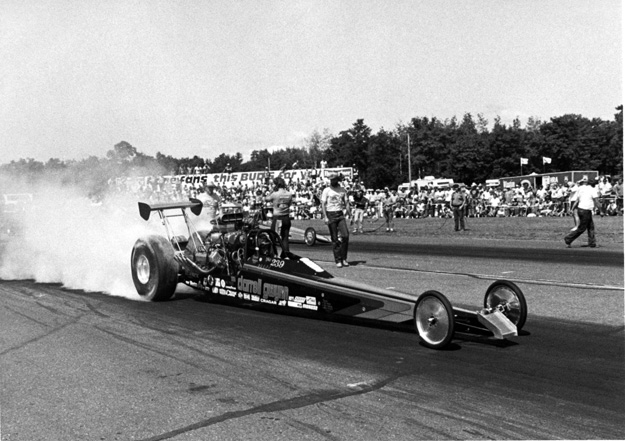 Darrell Gwynn had a great outing at the inaugural Brainerd event as he defeated first-time finalist Vic Anderson in Top Alcohol Dragster and Frank Manzo in the Pro Comp title round. It was Gwynn’s second Top Alcohol Dragster title of the 1982 season and fifth of his young career. 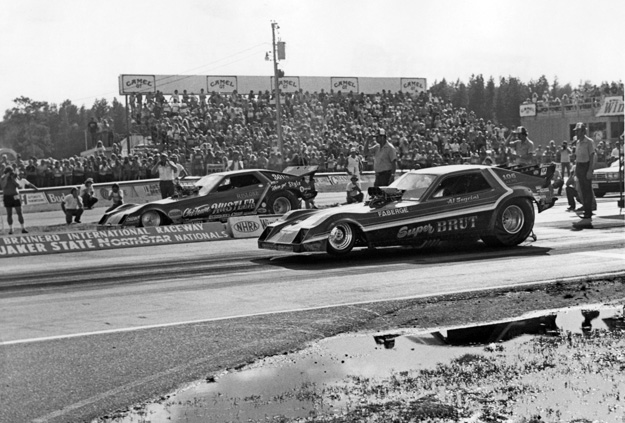 Frank Hawley and his Chi-Town Hustler Charger, far lane, took over the points lead with his win against Al Segrini in the first Funny Car final in Brainerd. Segrini had a slight advantage off the starting line, but Hawley drove around him for the win with a 5.99 to Segrini’s 6.08. 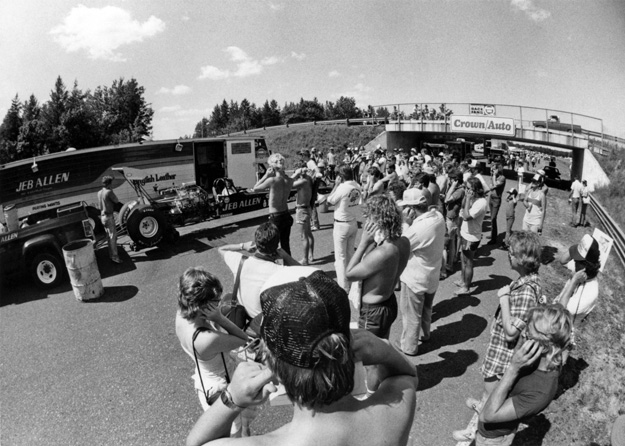 NHRA fans in Brainerd gather around as Top Fuel pilot Jeb Allen fires up his English Leather dragster in the pits. Allen didn’t have much luck during eliminations that weekend; he was beat by Mark Oswald, who recorded a new national speed record of 256.41, in the first round. 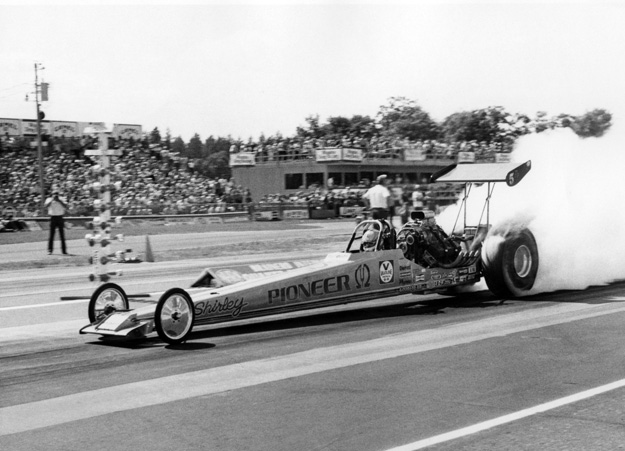