12 May 2016
Alex Waldron, National Dragster Associate Editor
Throwback Thursday
This weekend, the NHRA Mello Yello Drag Racing Series heads to Georgia for the 36th annual Summit Racing Equipment NHRA Southern Nationals in Atlanta. For this week’s edition of Throwback Thursday, we will look through the NHRA National Dragster photo files at what took place 20 years ago at the 1996 event. 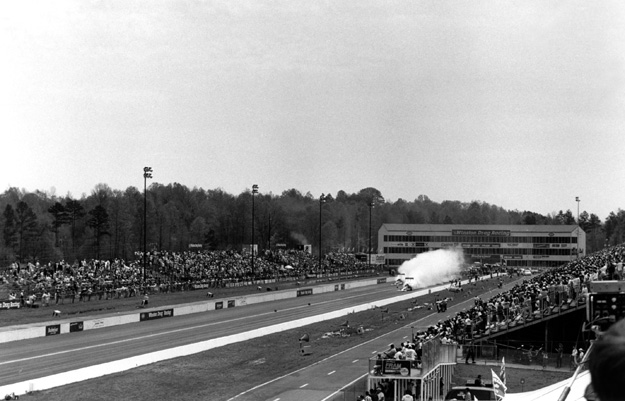 Here’s a shot of how Atlanta Dragway looked in 1996. (Below) For the second straight year at the NHRA Southern Nationals, rain delayed the action by postponing Friday’s qualifying and completely washing out Saturday afternoon’s schedule. 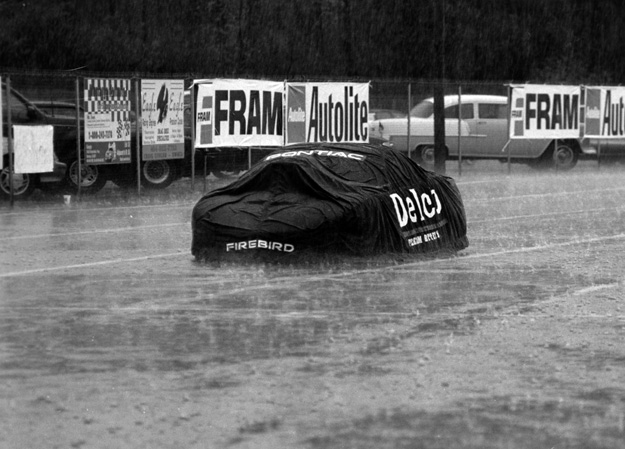 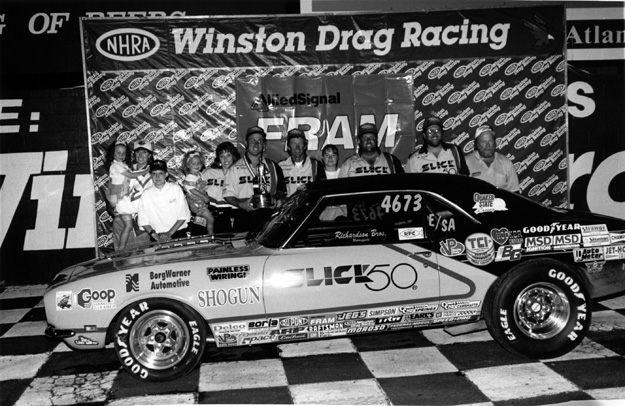 Scotty Richardson celebrated in the winner’s circle for the second consecutive weekend by following his divisional win in Rockingham, N.C., with a Southern Nationals title in Stock. He drove his E/SA ’68 Camaro past former U.S. Nationals champ Dennis Oliver and his M/S ’65 Chevy Impala in the final. 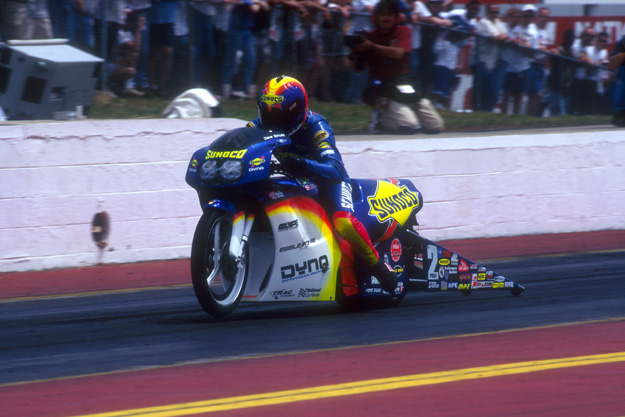 Dave Schultz had a slight advantage off the starting line against rival John Myers in the Pro Stock Motorcycle final and held on to collect a record seventh straight victory at the Southern Nationals. 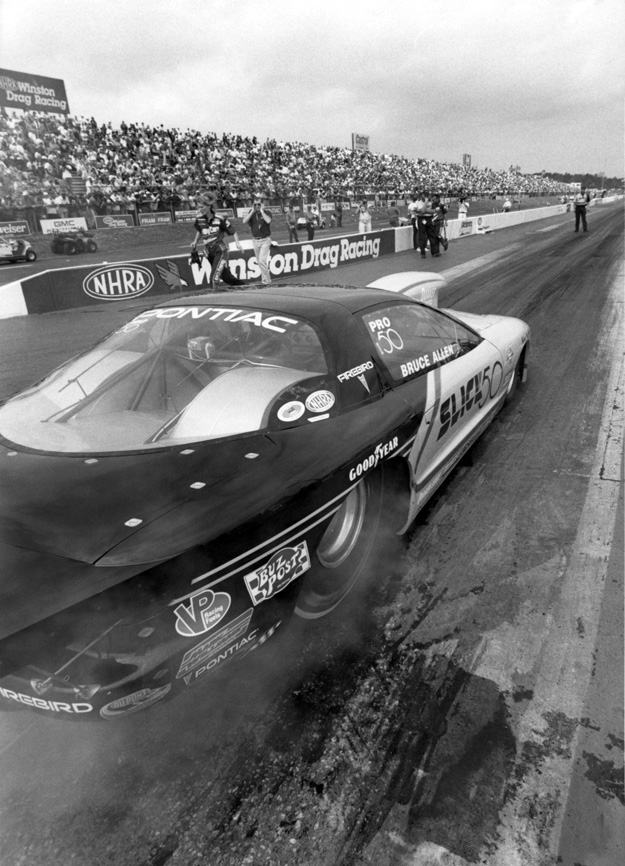 Bruce Allen collected his first round-win since 1993 in Dallas when Steve Schmidt experienced clutch trouble that caused him to foul out in round one of Pro Stock. Allen then lost to Tom Martino in the quarterfinals. 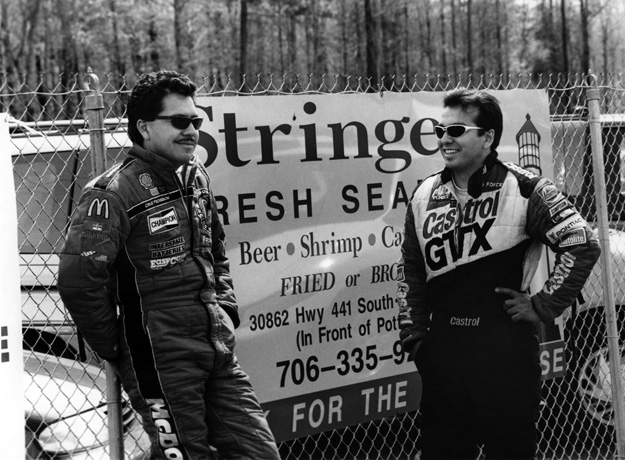 Brothers Cruz, left, and Tony Pedregon chatted as they prepared for race day. No. 2 qualifier Cruz exited early when he fell to Jeff Arend in the first round. (Below) Tony had a better day and defeated boss John Force to collect his first NHRA Funny Car title. 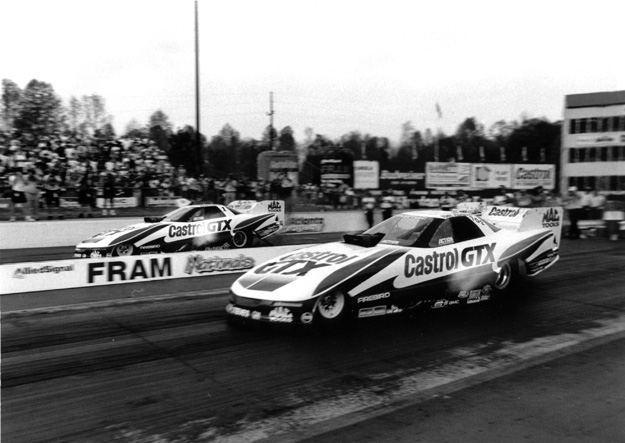 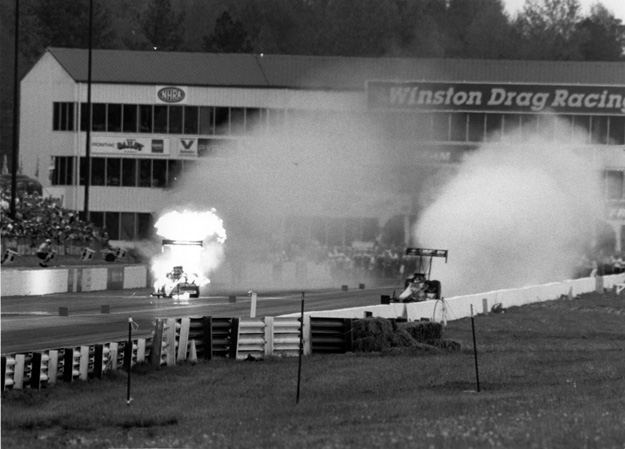 Larry Dixon earned his first victory of the year by outlasting Mike Dunn in an eventful Top Fuel final. Dixon, near lane, suffered two flat front tires after setting the car down following a starting-line wheelie while Dunn’s engine exploded. Dixon got back on the throttle to pass Dunn, who also got back on the throttle despite the fire, but Dixon passed Dunn at about the 1,000-foot mark to win. 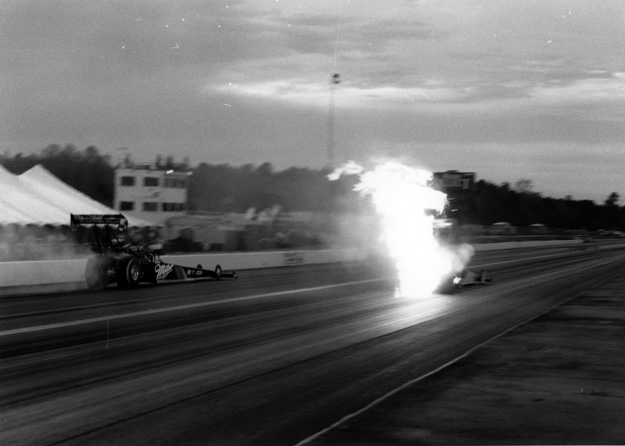