07 Apr 2016
Alex Waldron, National Dragster Associate Editor
Throwback Thursday
On this week’s journey into the NHRA National Dragster photo archives, we look into the file of one of the greatest competitors in the sport, Blaine Johnson. Ranked No. 36 on the NHRA Top 50 Drivers list in 2001, Johnson experienced much success in his career, including 26 NHRA national event titles and four straight championships in Top Alcohol Dragster before moving up in 1994 to Top Fuel, where he scored four additional wins before he was killed in a racing accident in 1996. Here are some photos from Johnson’s career behind the wheel. 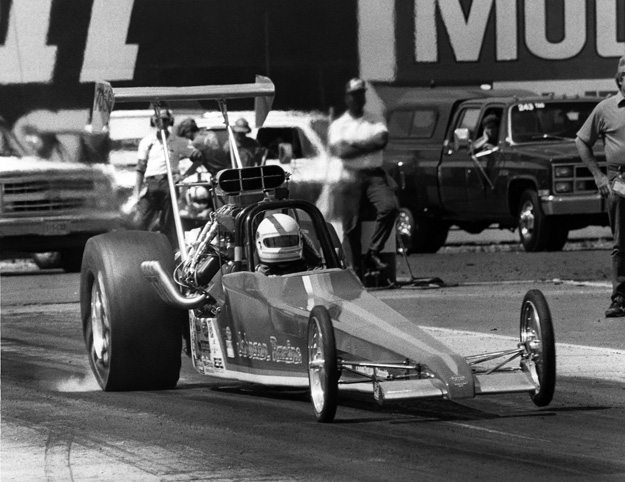 Johnson, with his lifelong crew chief and brother, Alan, began competing in Top Alcohol Dragster in 1988 at 26 years old. He won the second national event he entered, the Gatornationals (pictured), and halfway through his first season of driving, Johnson was already known as one of the leading figures in his class. 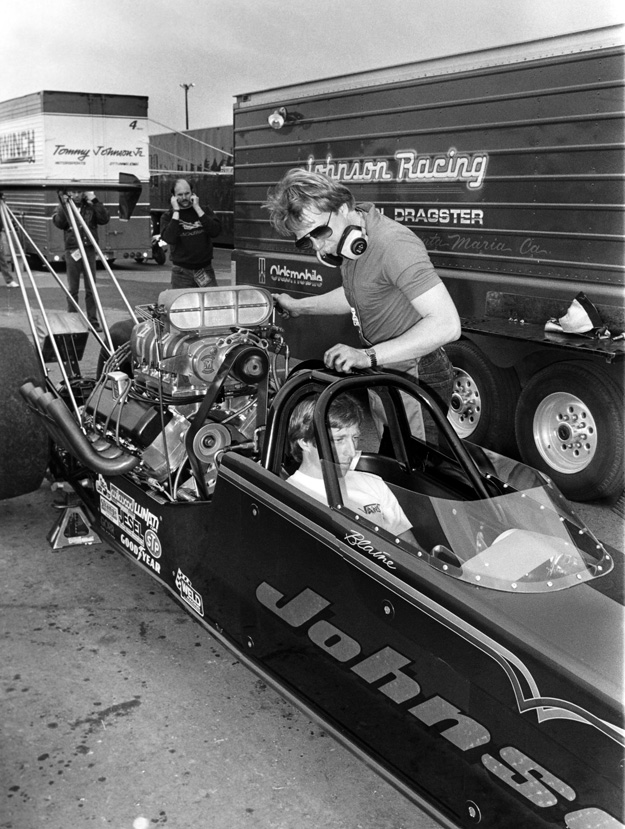 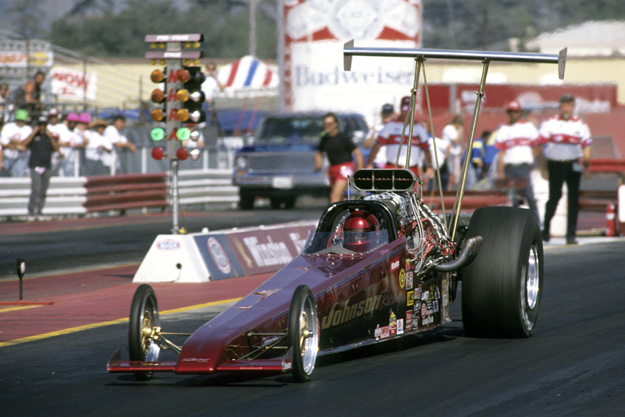 In 1990, Johnson advanced to the final round of five of the year’s first six national events and won four. He later won in Sonoma and again in Pomona to close out the season. 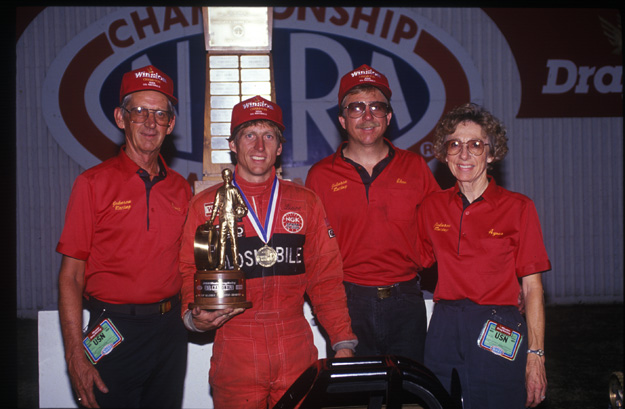 Johnson continued to dominate the Top Alcohol Dragster class in 1991 with seven national event victories in 10 finals, another championship, and his only U.S. Nationals win (pictured, with Everett, Alan, and mother Agnes). In 1992, the Johnsons won five national events in seven finals and in 1993 took another four. Overall, they earned 26 NHRA titles and four consecutive championships in six years. 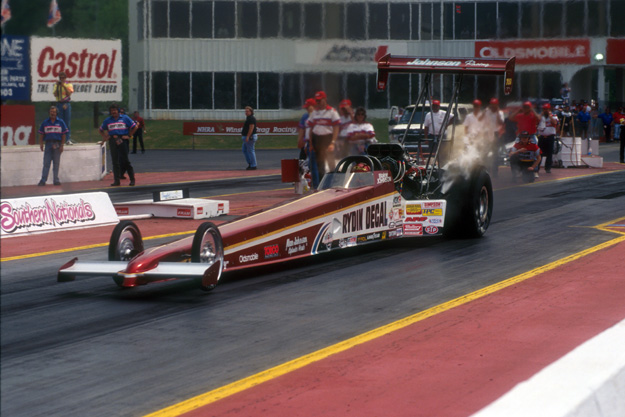 Having unquestionably conquered alcohol racing, Johnson turned Pro in 1994, then surprisingly failed to qualify at five of his first six events. He won his first round on fuel against Kenny Bernstein at the 1994 Springnationals in Columbus. In 1995, he was runner-up to rookie Larry Dixon at the Gatornationals and finished second that year in Richmond, Denver, and Dallas. Johnson won his first Top Fuel title with the quickest run of his career, a 4.68, against Dixon at the 1995 NHRA Finals. 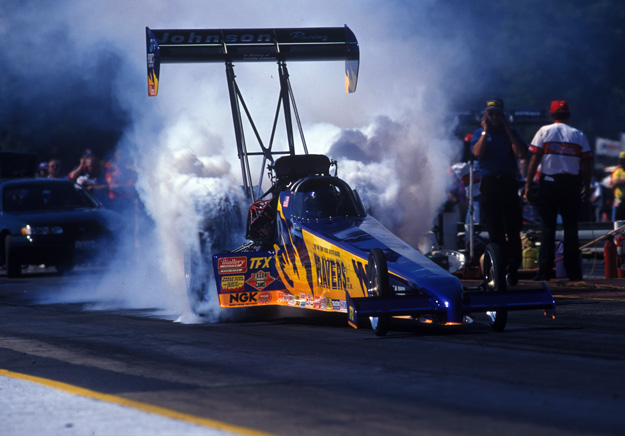 In 1996, Johnson seemed on his way to claiming the world championship in just his third year in Top Fuel. He scored his 30th and final national event win in Sonoma, where he defeated Bernstein in the final, 4.67 to 5.00. During the U.S. Nationals, Johnson died Aug. 31 after a crash at the conclusion of a qualifying pass. He was 34. Johnson set a track record on his final pass, 4.61, and held the Top Fuel national record with a 4.592 at the time of his death. 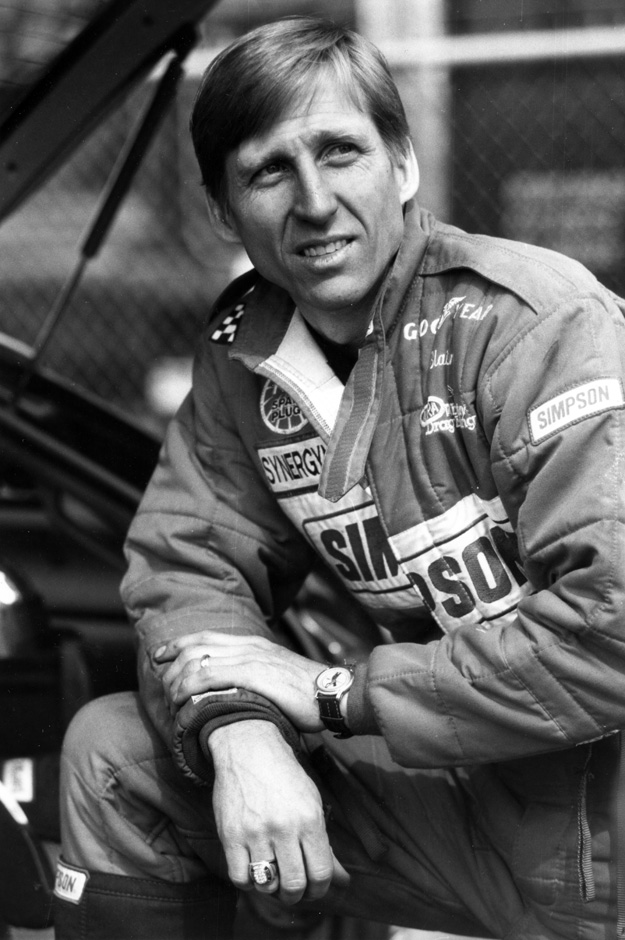