26 May 2016
Alex Waldron, National Dragster Associate Editor
Throwback Thursday
In this week’s journey into the NHRA National Dragster photo archives, we look into the file of one of the most accomplished Top Alcohol Funny Car drivers, Brad Anderson. Ranked No. 33 on the NHRA Top 50 Drivers list in 2001, Anderson experienced much success in his driving career and with his cylinder-head business. Here are some photos from Anderson’s memorable drag racing career. 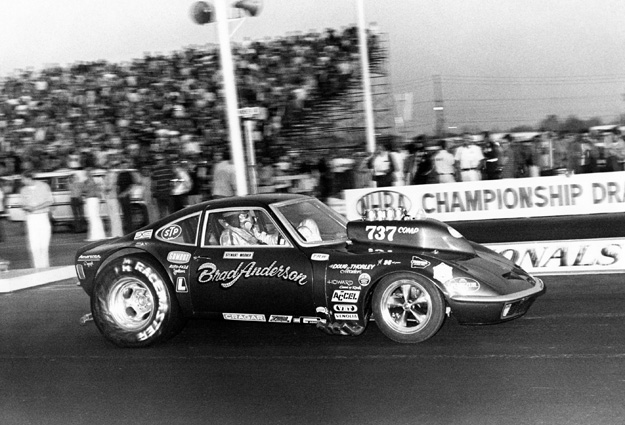 “Bad Brad” Anderson began his career during the 1960s in the Sportsman ranks. He made his first national event final-round appearance in Comp at the 1973 Winternationals behind the wheel of a AA/Gas Supercharged Opel, in which he lost to Steve Woods. 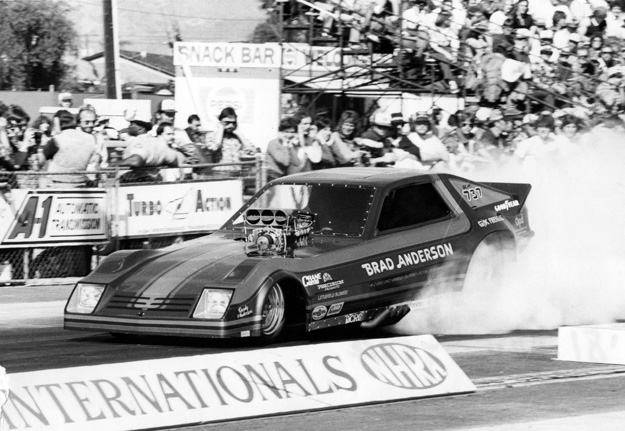 Anderson made the switch to Top Alcohol Funny Car in the late 1970s and routinely set low e.t. and top speed records at meets. In 1981, he won his first national event at the season-opening Winternationals when he defeated Chuck Beal in the final round. Anderson closed the 1981 season with back-to-back victories at the Golden Gate Nationals and World Finals. 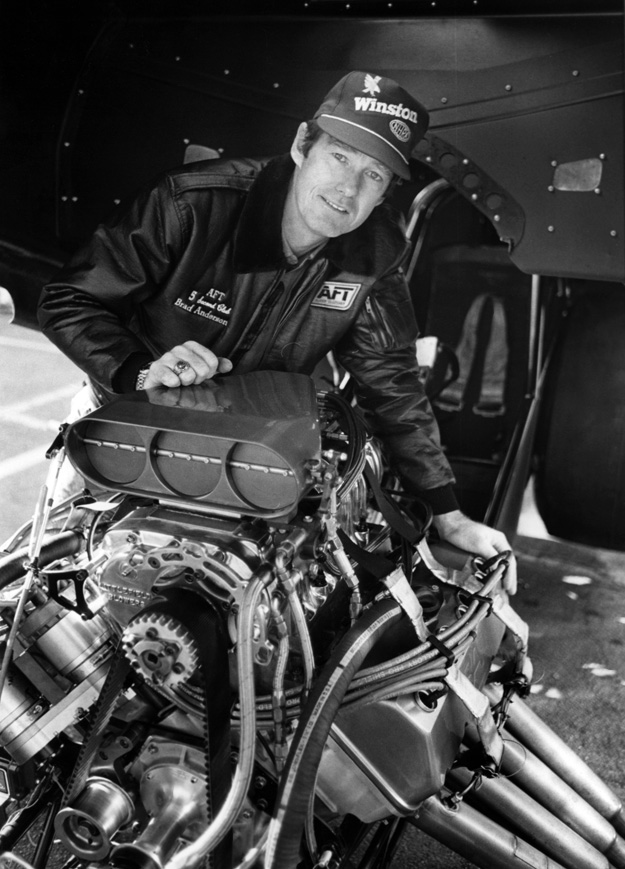 In addition to the wins in his impressive driving career, Anderson was responsible for dozens of event victories and championships in Top Alcohol Dragster, Top Alcohol Funny Car, Funny Car, and Top Fuel as a provider of performance parts, especially his cylinder heads. Brad Anderson Enterprises, in Ontario, Calif., continues to be one of the leading manufacturers of racing engine components. 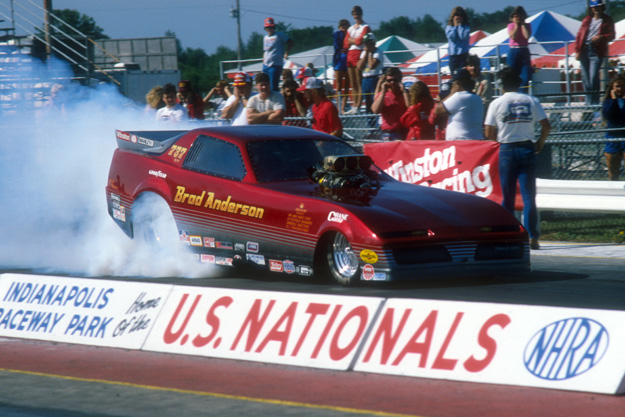 Anderson collected two more wins in 1982 and won the Finals for a third straight year in a one-win 1983 campaign. He had his greatest season in 1984, when he earned six wins in eight starts (including in Indy, pictured) and claimed his first national championship. Anderson had a remarkable 23-2 win-loss record that year. 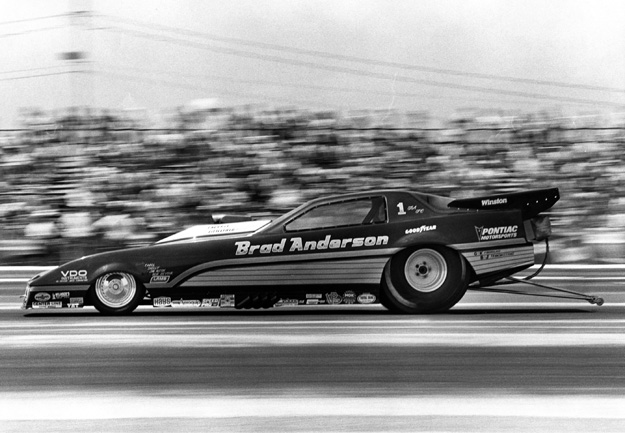 In addition to tending to his flourishing cylinder-head business, Anderson repeated his championship in 1985. He would score three more wins in 1986, two against rising star Pat Austin, with whom Anderson would wage a heated rivalry. Anderson earned his third and final season title in 1989 and won his 24th and final national event at the 1990 Arizona Nationals. 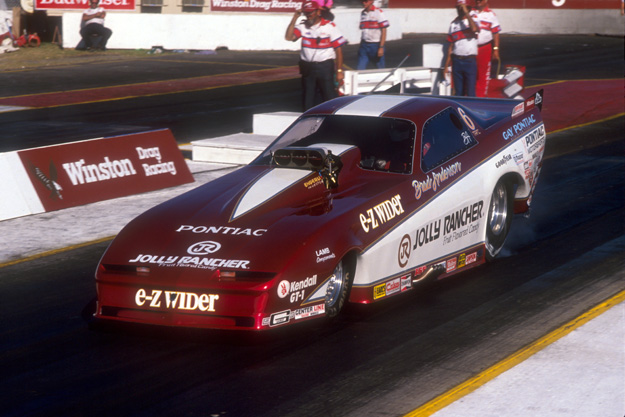 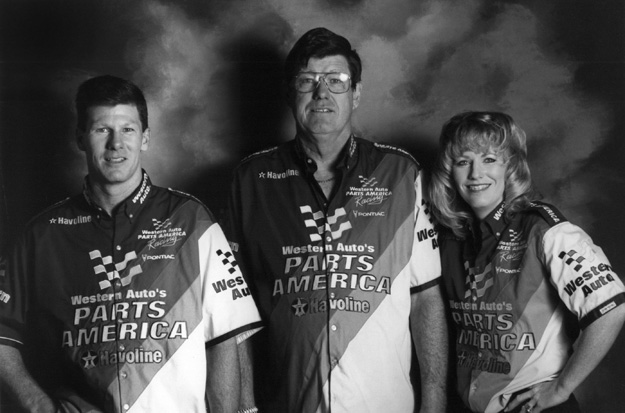 Anderson’s children, Randy and Shelly, also had careers in drag racing. Randy won 14 national events and two national championships in Top Alcohol Funny Car and scored two wins in Funny Car. Shelly claimed one victory in Top Alcohol Dragster and four in Top Fuel during the 1990s. Anderson had an active hand in tuning both of his children’s cars throughout their careers.