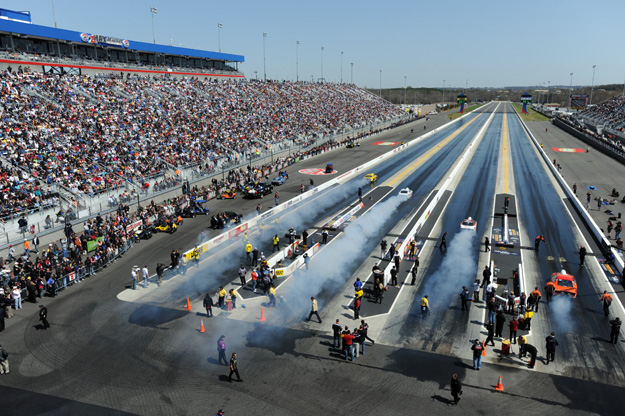 Here’s an overall view of zMAX Dragway from the inaugural NHRA Four-Wide Nationals in 2010. 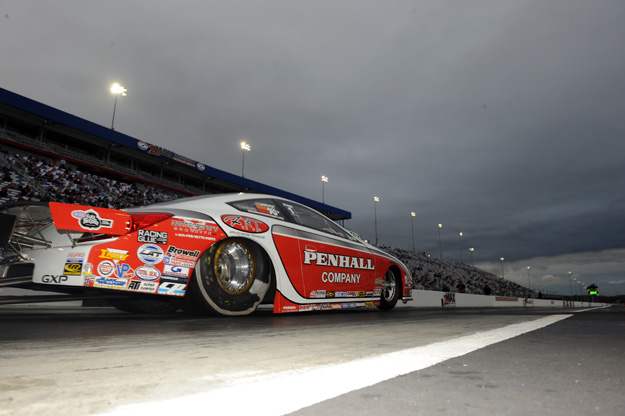 Reigning Pro Stock world champion Mike Edwards collected his third event victory in four title-round appearances to that point in the season. He took an early lead in the final with a .009 light and outran his closest opponent, Jason Line, 6.59 to 6.63. 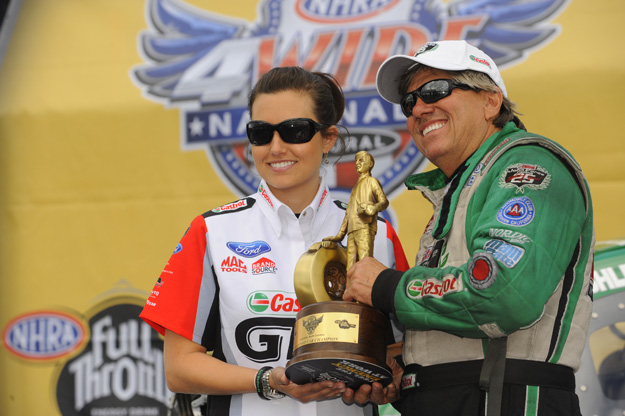 John Force won his first race of the 2010 season after defeating his daughter Ashley Force Hood in a close 4.03 to 4.04 race. Although she didn’t go home with a Wally, Force Hood did set the new Funny Car speed record with her 316.38-mph pass in the final round. 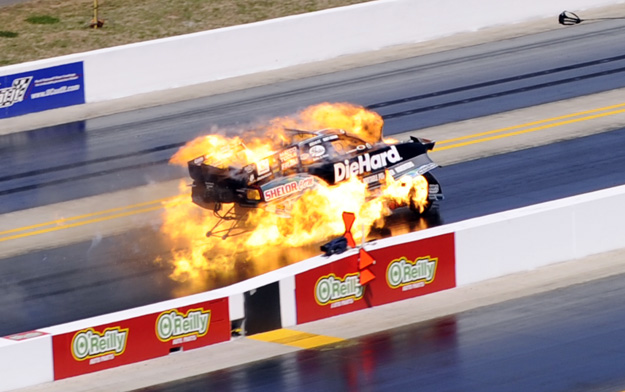 Matt Hagan shredded the body of his DieHard Funny Car with a blower explosion in Saturday’s qualifying. Hagan and his team were able to reach the final round despite their qualifying-run dilemma. 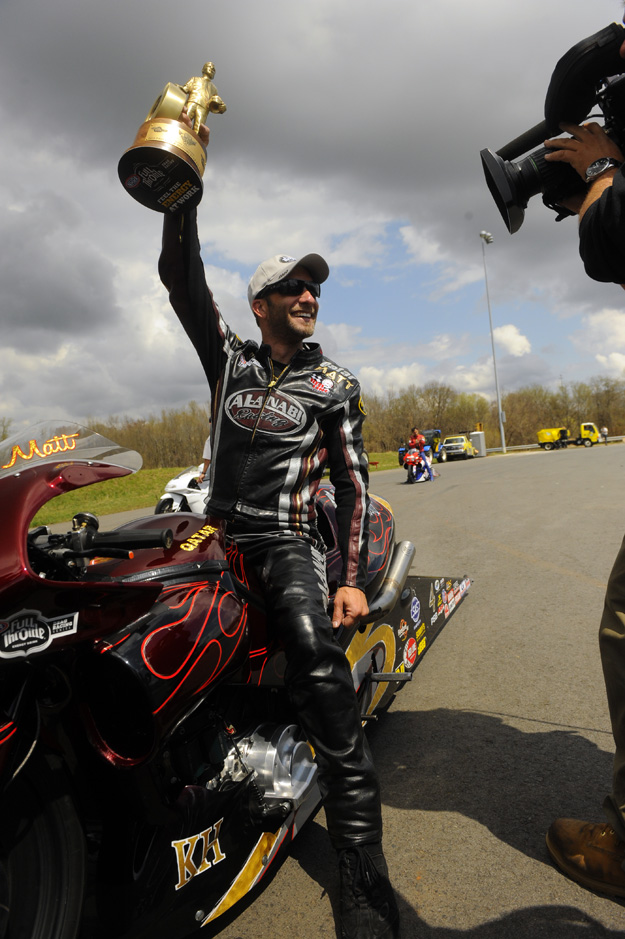 Matt Smith became the first Pro Stock Motorcycle rider to win the NHRA Four-Wide Nationals when he outran world champ Hector Arana Sr., 6.93 to 7.00. Aboard his new Buell, Smith recorded his 11th career victory and first of the 2010 season. 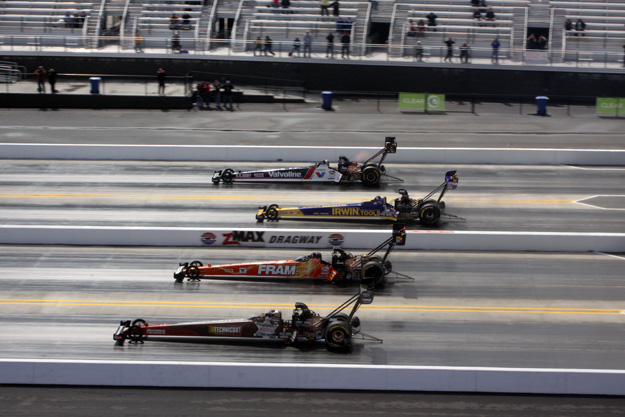 In the Top Fuel final, Cory McClenathan, Lane 2, overtook Doug Kalitta, Lane 1, who posted a .004-second starting-line advantage, for a 3.820 to 3.825 win (.001-second margin of victory). McClenathan became the first Top Fuel driver to win two races to that point in the 2010 season.