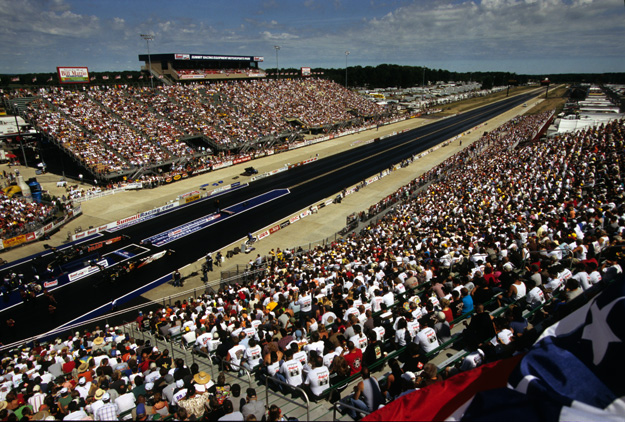 Summit Racing Equipment Motorsports Park originally opened in 1963, but it wasn’t until 2006 that NHRA and the Bader family, the owners of the facility, announced that a national event would be coming to Norwalk. Here’s a look at the facility during that first NHRA national event in 2007. 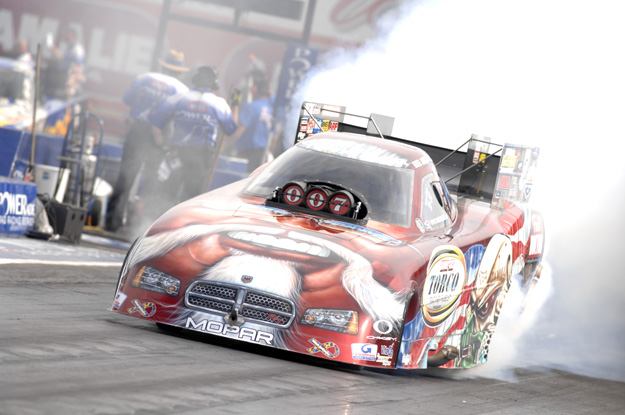 Mike Ashley and team rebounded from a two-race nonqualifying streak with the Funny Car win. Ashley posted a 4.82 in the final against Kenny Bernstein, who smoked the tires shortly after leaving the starting line. 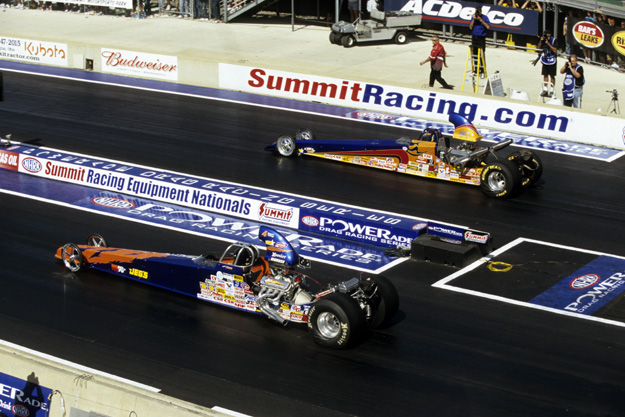 Shane Carr, near lane, claimed his third Super Comp win when he defeated Dave Dahlem in a close 8.90 to 8.89 contest. 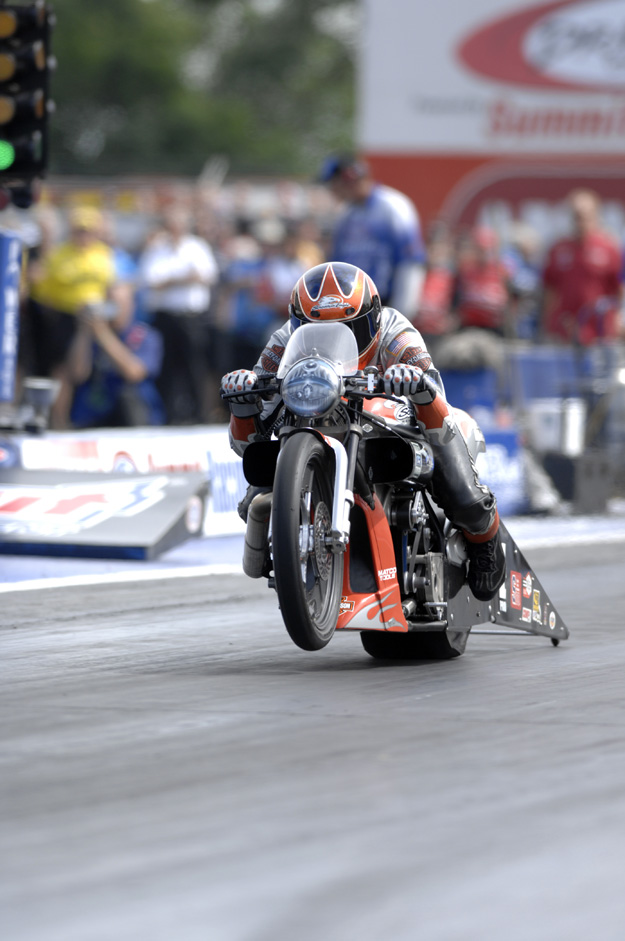 Reigning 2006 Pro Stock Motorcycle world champion Andrew Hines earned his 10th victory and second in three races when he outran Matt Smith in the final round. He became one of just eight riders with double-digit wins at the time. 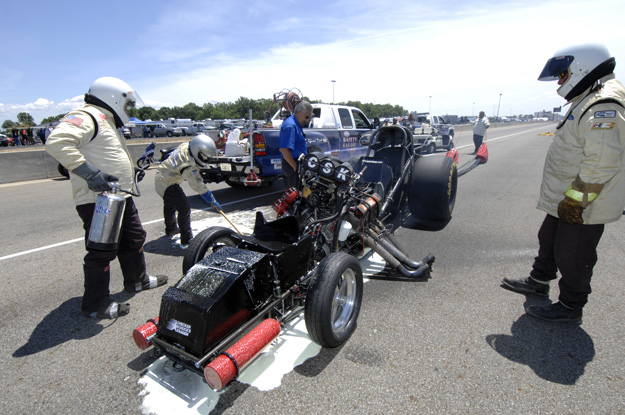 After experiencing massive engine breakage in Englishtown a few races prior to this event, Del Worsham suffered a body-destroying blower explosion during his final Funny Car qualifying attempt Saturday. That run managed to get him into the field with a 4.87. (Below) NHRA announcer Alan Reinhart interviewed Worsham at the top end after the incident. 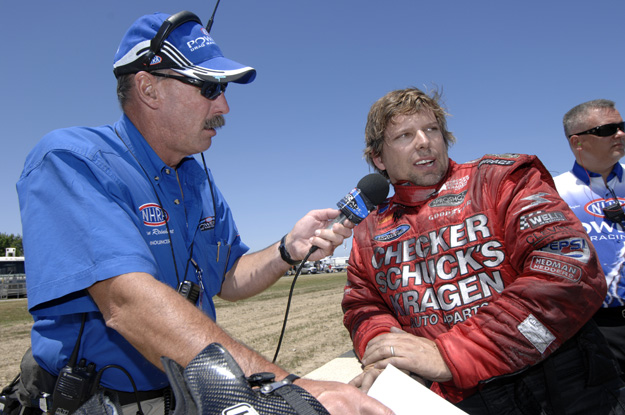 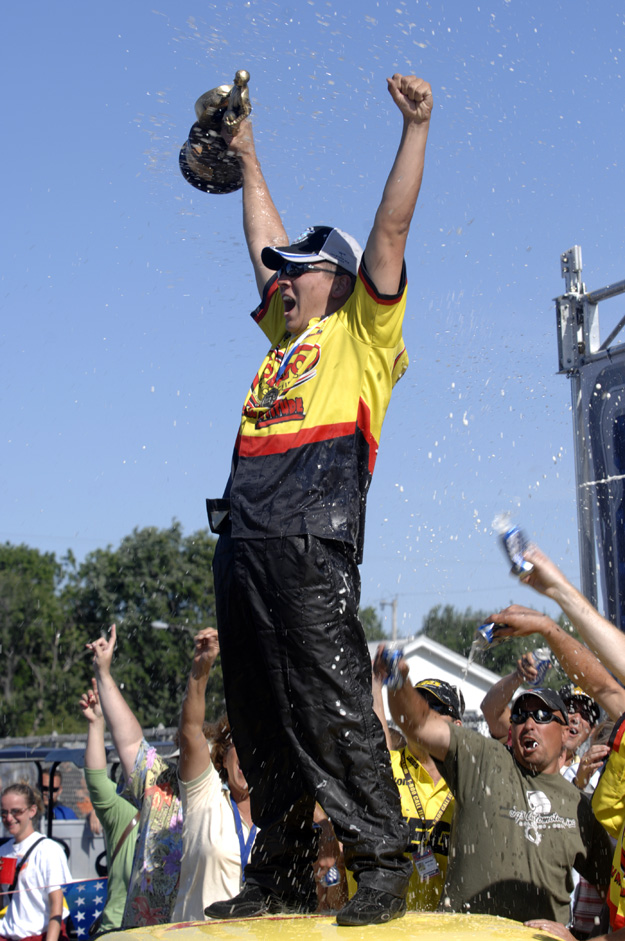 Pro Stock driver Dave Connolly celebrated after he beat Larry Morgan in the final, 6.66 to 6.71. This was his second victory of the 2007 season. 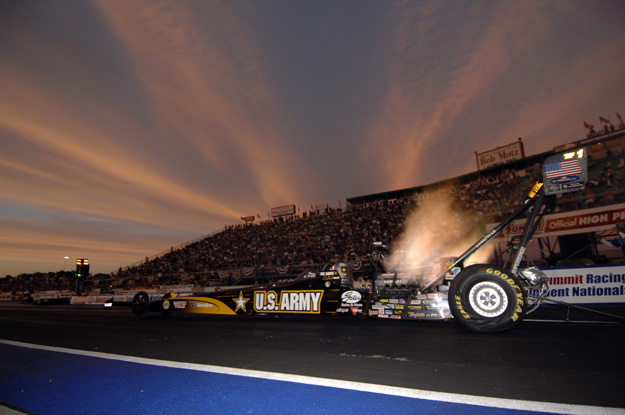 Tony Schumacher also scored his second win of the season when he overcame the points leader, Rod Fuller, in the final round of Top Fuel, 4.53 to 7.08. Schumacher’s victory was the 37th of his career.