09 Jun 2016
Alex Waldron, National Dragster Associate Editor
Throwback Thursday
June is a busy month for drag racing with four straight weekends of NHRA Mello Yello Drag Racing Series action. This weekend, we head from New Hampshire to New Jersey for the 47th annual NHRA Summernationals in Englishtown. In this week’s journey into the NHRA National Dragster photo collection, we look at what happened 40 years ago at the 1976 Summernationals. 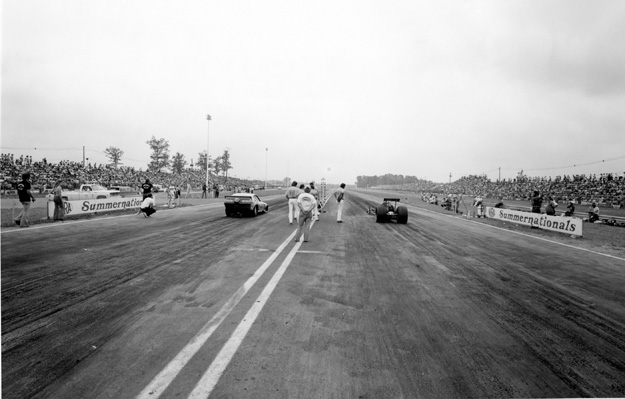 Old Bridge Township Raceway Park is one of the oldest tracks on the NHRA circuit. It opened in July 1965 and held its first NHRA national event in 1968. Here’s a look at the Englishtown dragstrip in 1976 at the 7th annual Summernationals. 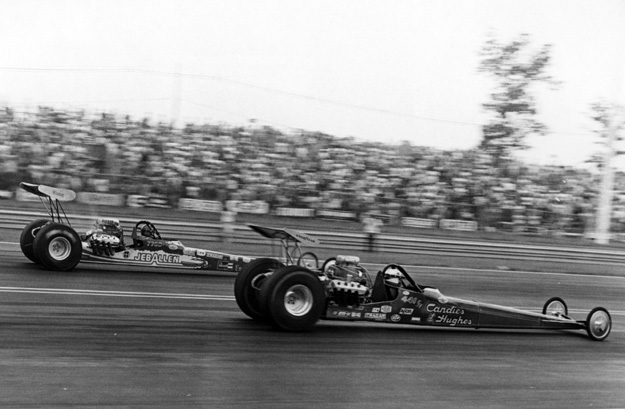 Richard Tharp, near lane, outlasted Jeb Allen in the Top Fuel final round, 5.99 to 6.04, to collect his first NHRA national event victory. Tharp came into eliminations as the No. 1 qualifier, and his 5.94 qualifying run stood as low e.t., and his 244.56-mph shot in the final round was top speed. 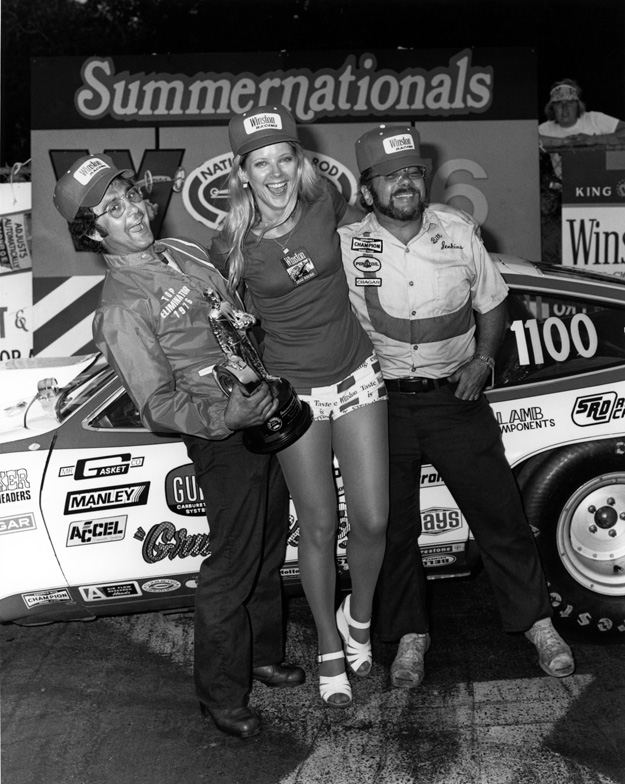 Larry Lombardo, left, and Bill Jenkins, right, jumped back into first place of the points race when Lombardo drove Jenkins’ Monza to victory in Pro Stock. Lombardo defeated Dave Kanners, 8.77, 154.90 to 8.82, 154.63, in a close final round. This was Lombardo’s second of three victories in 1976. 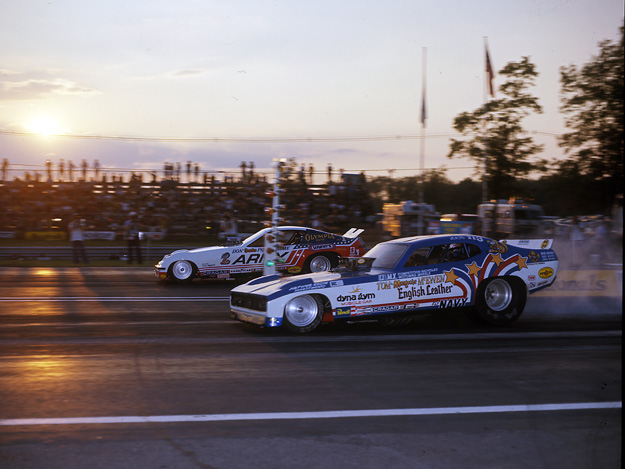 Don “the Snake” Prudhomme, far lane, overcame his Summernationals “jinx” by beating longtime rival Tom “the Mongoose” McEwen to earn his first Englishtown victory. Prudhomme won with a 6.31, 227 to McEwen’s 6.44, 218 in the final round. Prudhomme also set low e.t and top speed at 6.13, 235.60. 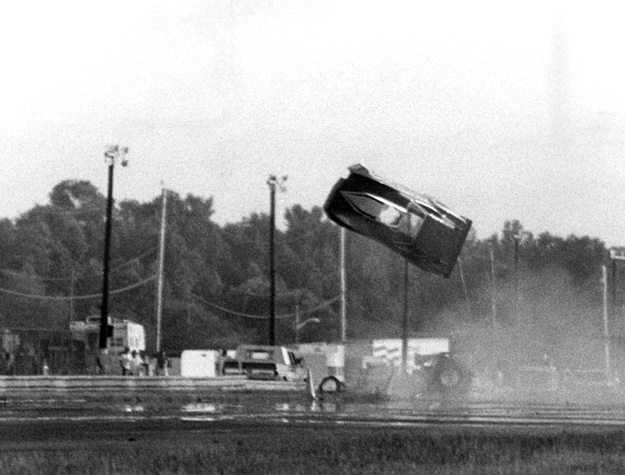 Funny Car driver Doug Moody went for a wild ride down the Raceway Park strip. Moody’s car eventually reached the guardrail, and he escaped any serious injury, but the same could not be said for the Corvette body. 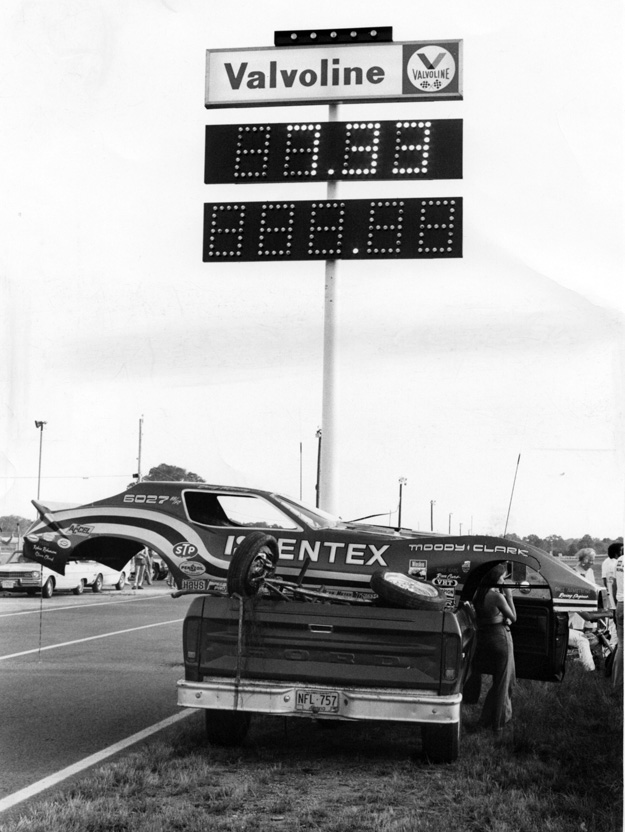 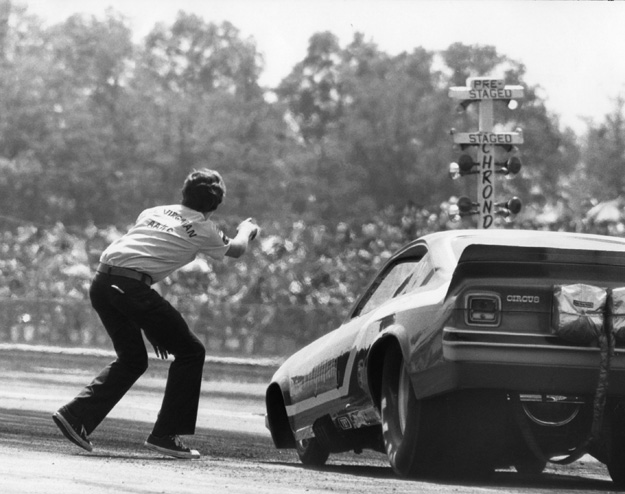 “Pee Wee” Wallace staged his new Virginian Chevrolet Monza with the assistance of a crewmember during the first round of Sunday’s eliminations. Wallace made it to the second round, where he lost to Gary Burgin.