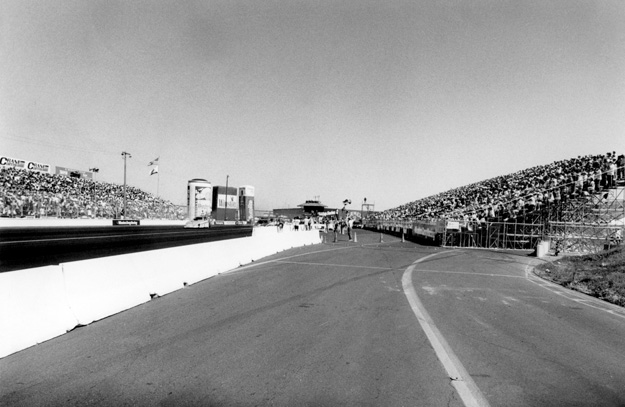 Here’s a photo taken from the return road at the fourth NHRA event held in 1991 at Sonoma Raceway, formerly known as Sears Point Int’l Raceway. 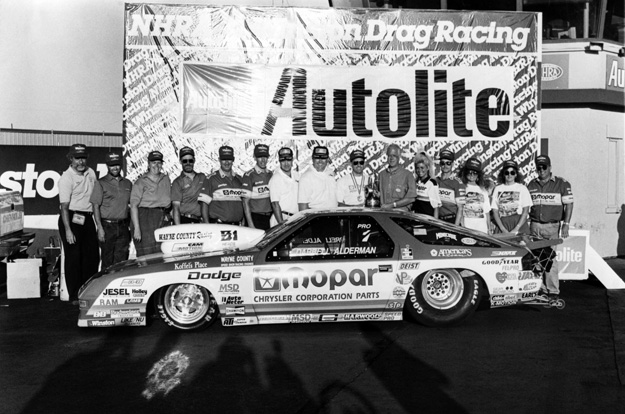 Darrell Alderman drove his Mopar-backed Dodge to its seventh Pro Stock win of the season with a holeshot victory over No. 1 qualifier Larry Morgan, 7.30 to 7.25. Alderman would collect 11 Wallys from the 19 events in 1991. 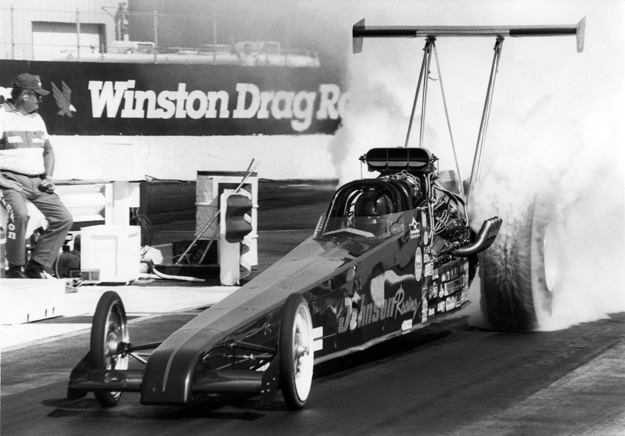 Reigning national champion Blaine Johnson moved one step closer to claiming another title that season when he beat rival Tom Conway in the final round of Top Alcohol Dragster, 6.08 to 6.06. Johnson ultimately won the championship with seven national event victories in 10 finals. 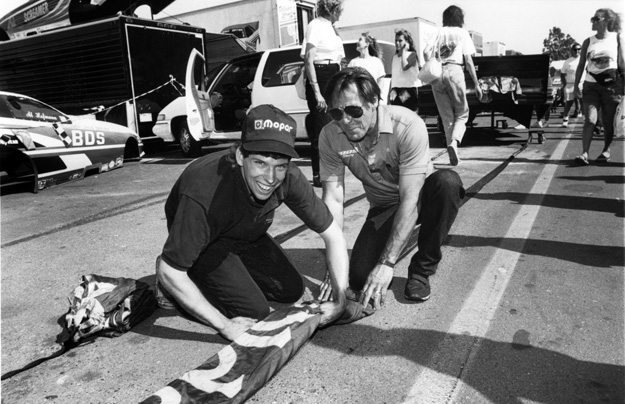 Funny Car driver Del Worsham posed for the camera as he packed his parachutes with assistance from fellow racer Al Hofmann. Worsham concluded his race weekend in Sonoma with a second-round loss to eventual event champion John Force. 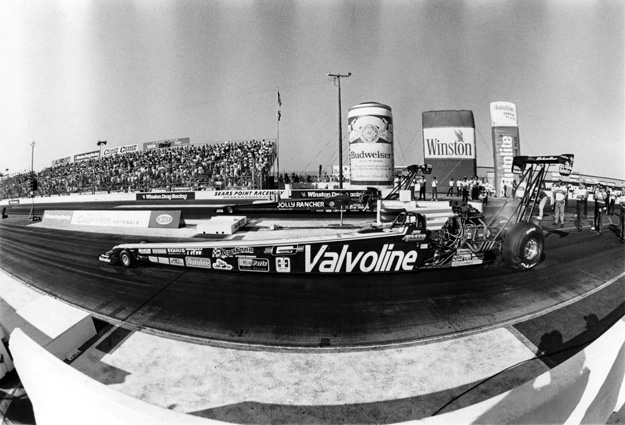 Joe Amato collected his second win in a row and third of the season by defeating Lori Johns, 4.96 to 5.08, in the Top Fuel final round. It was Amato’s 32nd victory and 27th in Top Fuel. 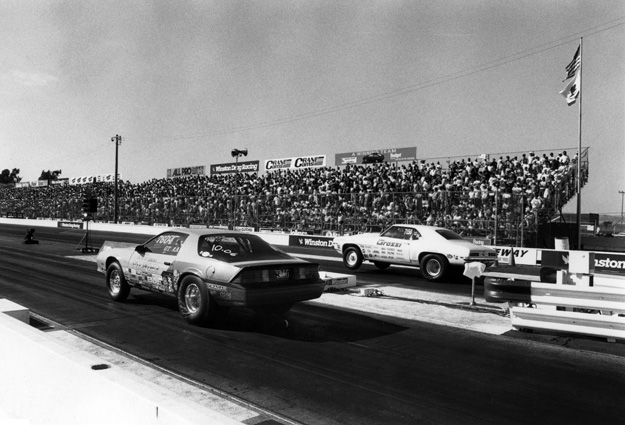 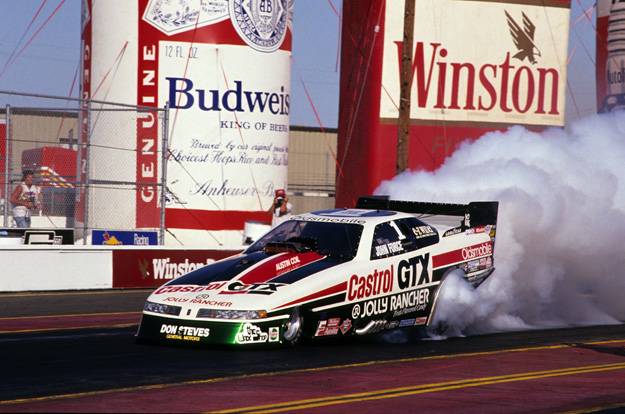 John Force returned to the Funny Car winner’s circle for the first time since his victory at the Supernationals that year by beating Ed McCulloch, who smoked the tires immediately off the starting line. This was Force’s third victory in six final-round appearances so far that season and second against McCulloch.