07 Jul 2016
Alex Waldron, National Dragster Associate Editor
Throwback Thursday
After taking a weekend off to celebrate the Fourth of July, the NHRA Mello Yello Drag Racing Series returns to racing action as we head to Chicago for the 19th annual K&N Filters Route 66 NHRA Nationals. For this week’s edition of Throwback Thursday, we look at what took place at the first of two races held in Chicago during the 2005 season. 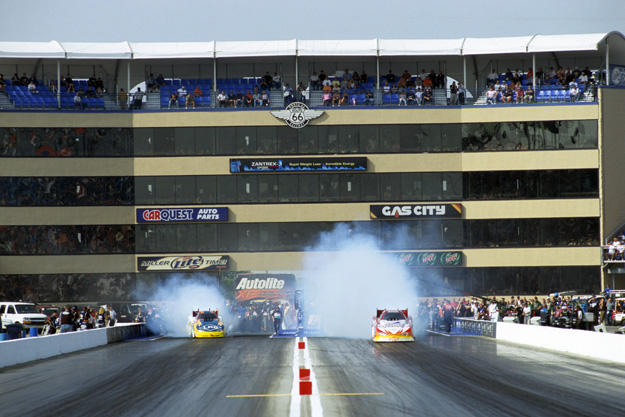 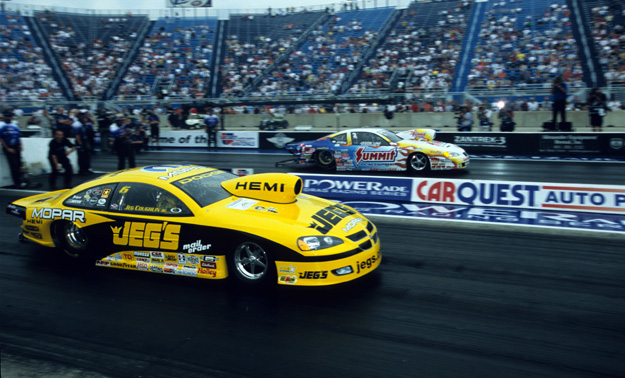 Jason Line, far lane, came from behind to beat Jeg Coughlin Jr. in the Pro Stock final, 6.78 to 6.80, for his second title of the season and sixth of his career. This was the first time in 30 events that Coughlin had appeared in a final round. On the other hand, this was Line’s second final round in two days, after being runner-up the day before in the bonus event for Pro Stock, which is now held in Las Vegas. 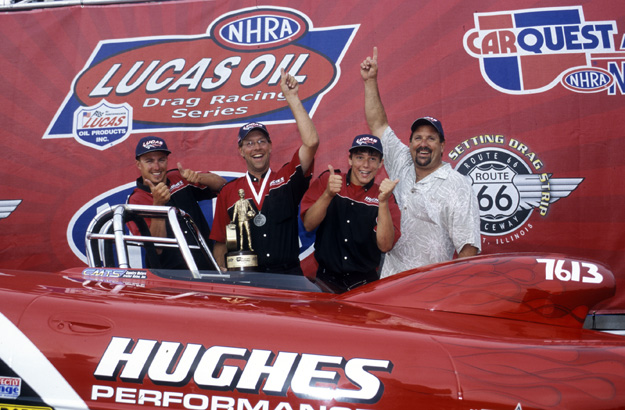 Kevin Kleineweber celebrated in the winner’s circle at Route 66 Raceway after he drove his ’01 Corvette to a 9.89 to 9.88 double-breakout victory over Larry Bernshausen’s ’77 Vega in the final round of Super Gas. 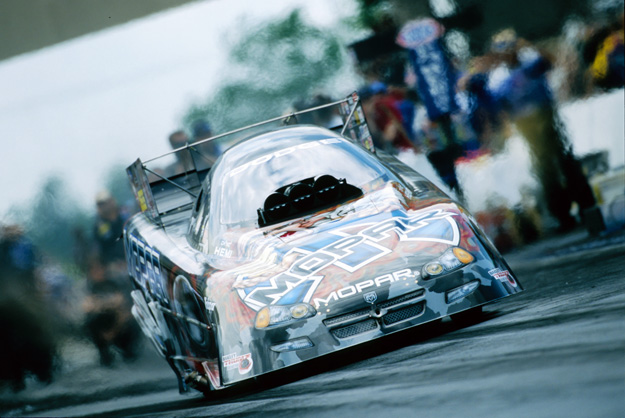 Gary Scelzi earned his second win of the 2005 season with a 4.74, his quickest run of the weekend, to defeat Eric Medlen’s 4.80 in the title round of Funny Car. 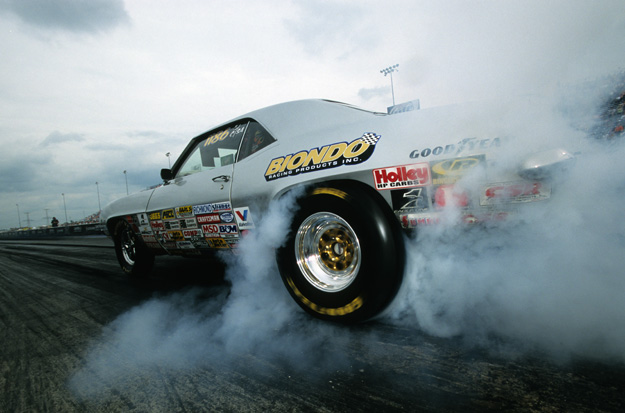 Three-time NHRA Super Stock national champion Peter Biondo collected his 21st national event win by defeating Ben Wenzel Sr., who broke out by just a thousandth of a second, in the Stock final. 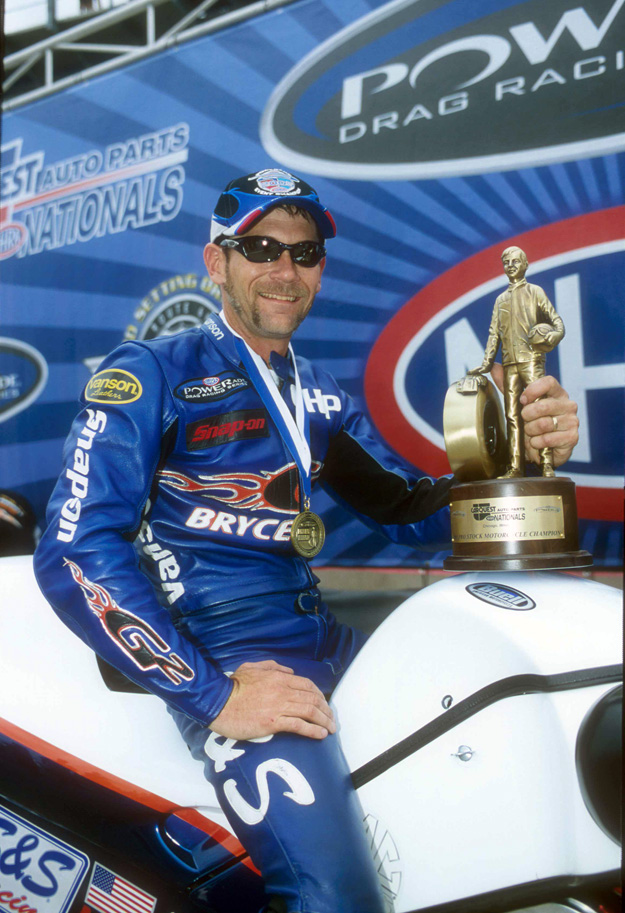 Chip Ellis scored his second win in nine starts when he beat Geno Scali in the final round of Pro Stock Motorcycle, 7.20 to 7.34. Ellis dedicated his victory to crew chief Ken Johnson, who was hospitalized with a severely broken leg. 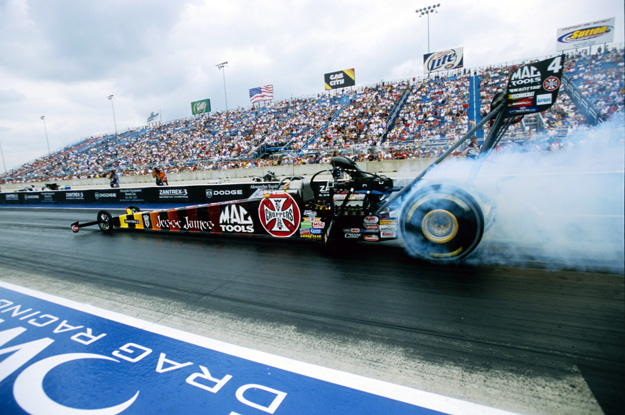 Scott Kalitta drove his Mac Tools/Jesse James Top Fuel dragster to the winner’s circle in Chicago for his second win of the 2005 season. Kalitta was late coming off the line but drove around Rod Fuller to turn on the win light in the Top Fuel final round.