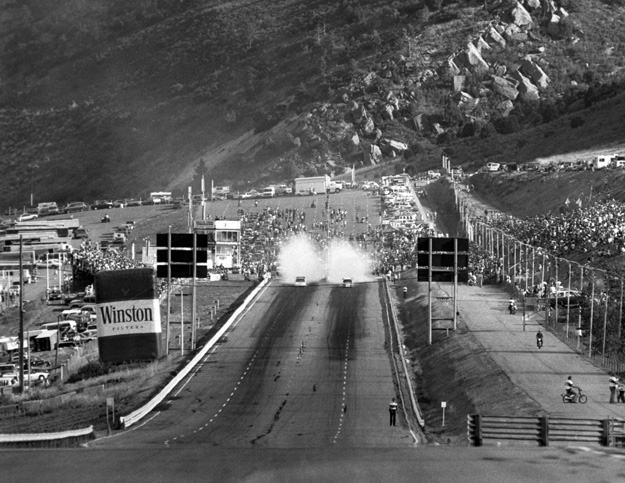 Here’s a photo taken in 1986 from the top end of Bandimere Speedway, which would host one more national event before undergoing extensive renovations in 1988 and returning to the circuit in 1989. 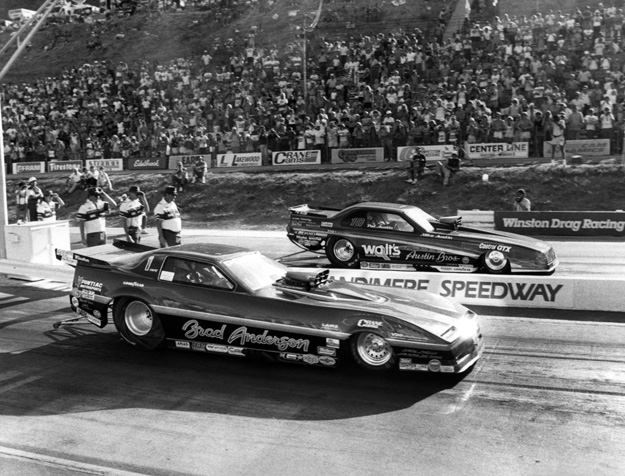 Brad Anderson ended a 10-month winless streak when he defeated Pat Austin in the Top Alcohol Funny Car final round, 6.84 to 6.85. This was Anderson’s first win of the season and 16th of his career, making him the sport’s all-time leader in Sportsman victories at the time. 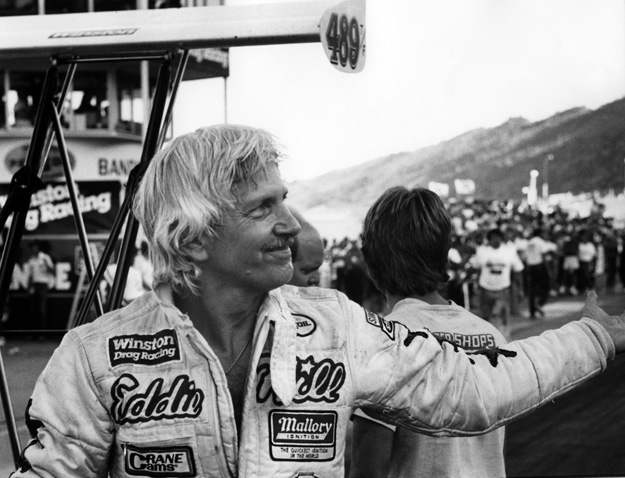 Eddie Hill enjoyed one of his best national event outings by defeating Gary Ormsby, Shirley Muldowney, and Joe Amato to meet Larry Minor in the final round of Top Fuel. Unfortunately for Hill, he was unable to back up after his burnout due to a broken reverser and couldn’t make a pass, handing the title to Minor. 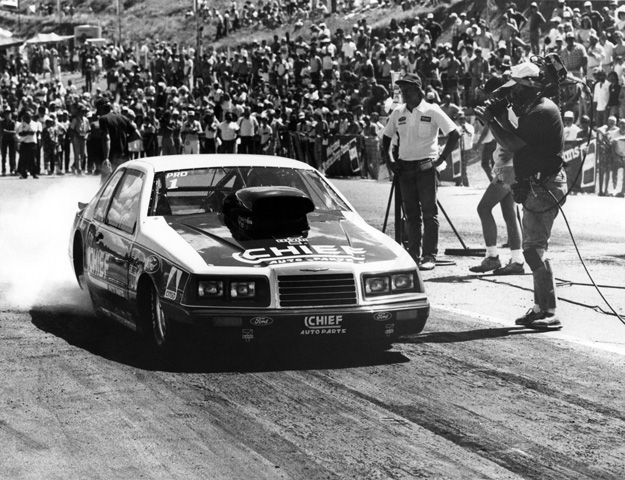 Bob Glidden scored his 47th victory and fourth at the Mile-High Nationals by recording low e.t of eliminations with a 7.92 to defeat Warren Johnson’s 8.03 in the final round of Pro Stock. Glidden would race to a record seven titles at Bandimere Speedway, which still holds as the most wins at the event. 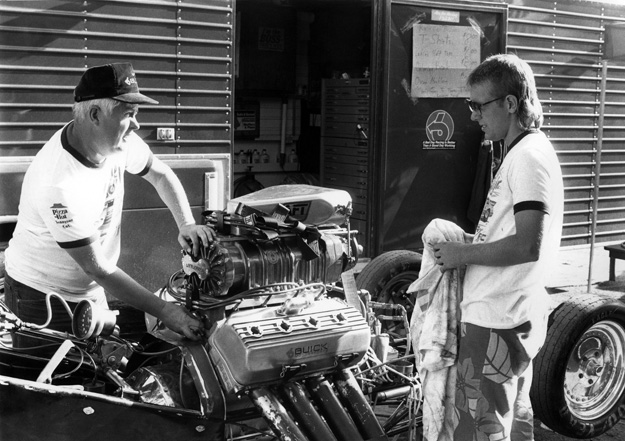 Tommy Johnson Sr. and Jr. qualified their Somerset entry for Top Alcohol Funny Car with a 7.03 and faced eventual event champ Brad Anderson in the first round, where Johnson Jr. fouled out. 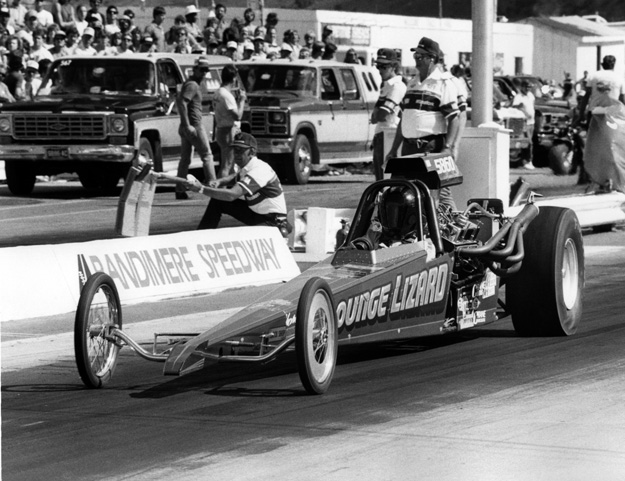 Lars Nelsen wheeled his Lounge Lizard dragster to the title round of Super Comp to beat Bob Clark and his Weekend Warrior dragster, which was too quick off the starting line and drew a red-light. This was Nelsen’s second national event win. 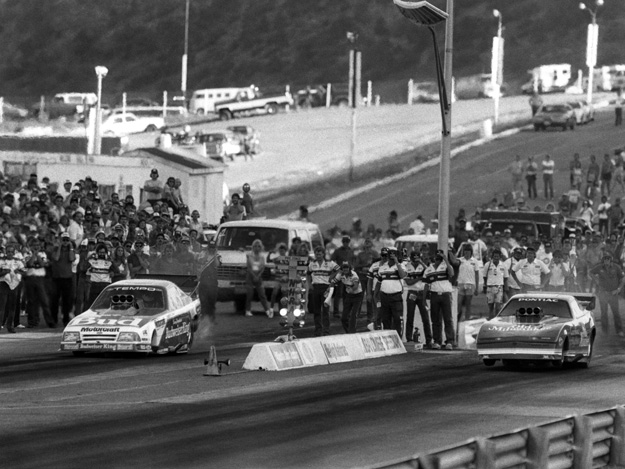 Mark Oswald took his Old Milwaukee/Candies & Hughes Trans Am to the winner’s circle after defeating defending event and world champ Kenny Bernstein, 5.81 to 5.82, in one of the closest Funny Car finals at the time. This was Oswald’s eighth win and sixth in Funny Car.