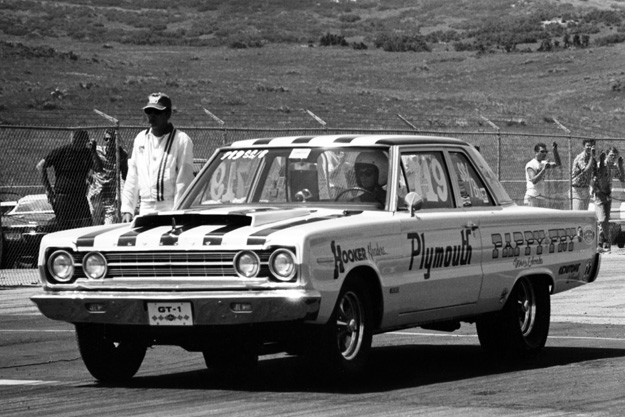 Lilly’s racing career began in 1961, when she started driving an independently campaigned D/Sports ’61 Corvette entry while living in Littleton, Colo. After winning class honors at the 1965 Winternationals, she began to attract the attention of Chrysler factory racing officials and soon became a member of the Mopar factory team, driving a ’67 Plymouth SS/B entry (pictured) in 1967. 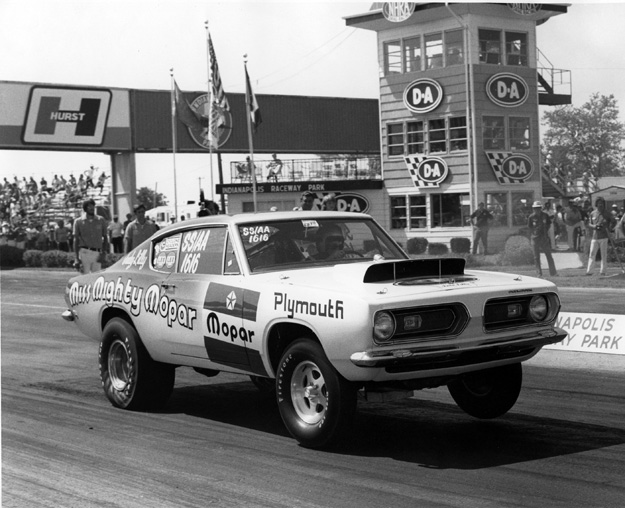 In 1968, Lilly switched to a Hemi Barracuda (above) and scored her first NHRA national event victory at the 1972 Winternationals. She became NHRA’s third female winner and the first in Super Stock. (Below) Lilly received the trophy from NHRA founder Wally Parks. 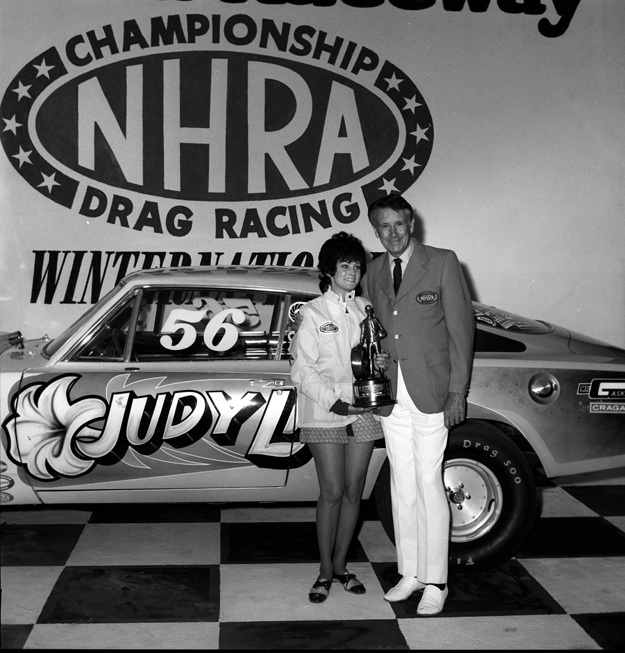 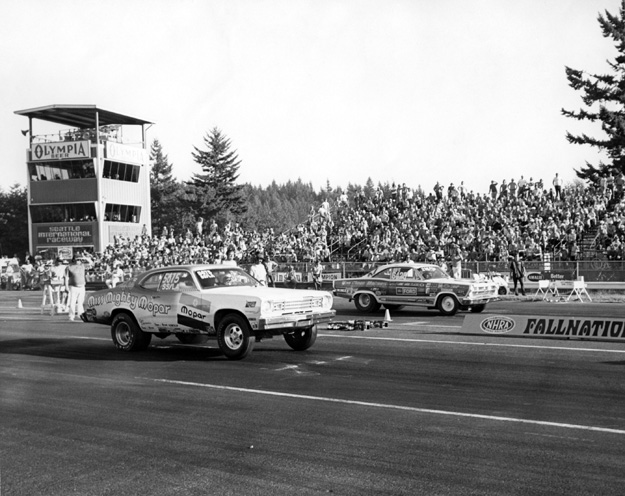 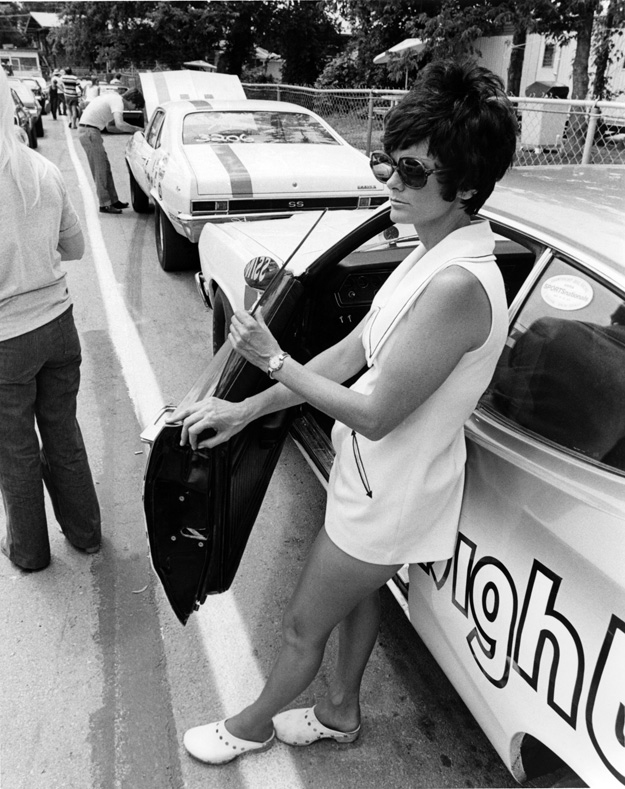 One of the first women to win regularly at NHRA national events and a five-time division champ, Lilly became known to a generation as Miss Mighty Mopar. She was also named Car Craft Magazine Super Stock Driver of the Year in 1972, 1976, and 1977. 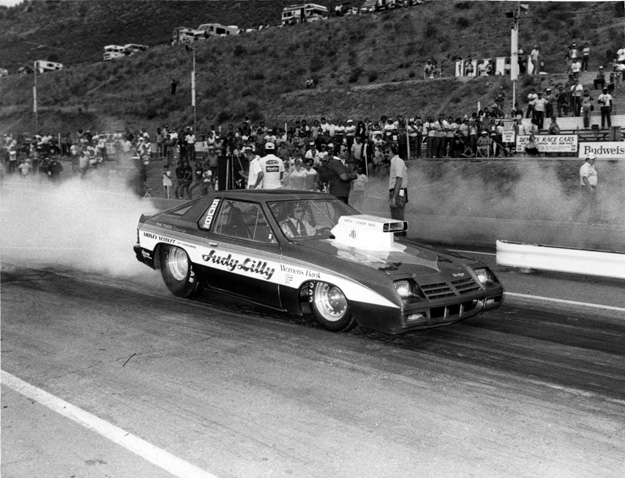 At the end of the 1978 season, Lilly retired, then made a brief comeback in the mid-1980s in Mike Musso’s Pro Stocker. She is just one of six women to compete in the Pro Stock category. Due to lack of financial backing, Lilly retired from racing for good a short time later. She was inducted into the International Drag Racing Hall of Fame in 1998 and the Colorado Motorsports Hall of Fame in 2005.