31 Mar 2016
Alex Waldron, National Dragster Associate Editor
Throwback Thursday
The NHRA Mello Yello Drag Racing Series is back in the desert for the 17th annual Denso Spark Plugs NHRA Nationals in Las Vegas. This week, we will look through the NHRA National Dragster photo files from the second event held at The Strip at Las Vegas Motor Speedway, in 2001. 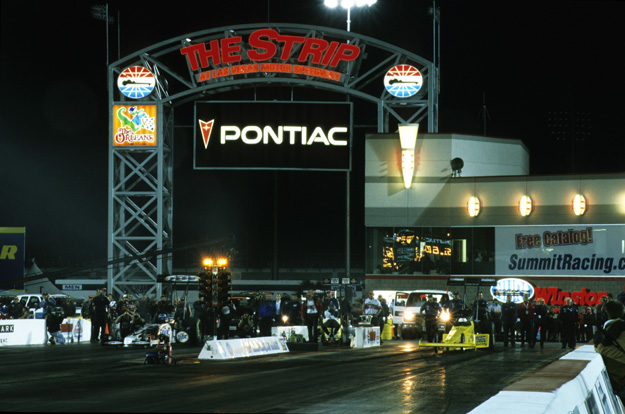 Here’s a look at The Strip at Las Vegas Motor Speedway all lit up in 2001. 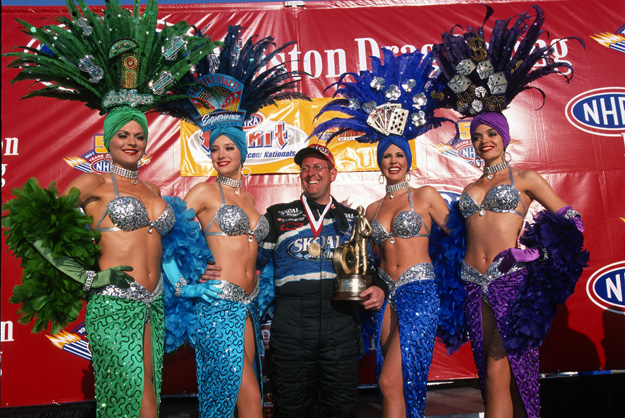 Drag racing in Vegas wouldn’t be complete without showgirls to congratulate the event champions. Funny Car winner Tommy Johnson Jr. qualified third in the quickest flopper field in history to that time and outran the competition to earn his fifth national event victory and third in Funny Car by defeating Whit Bazemore in the final, 4.85 to 4.96. 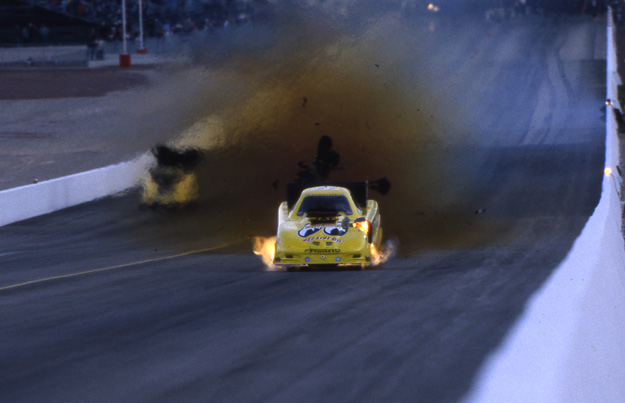 Al Hofmann ran a 4.958 to barely seize the No. 16 spot in Funny Car despite exploding the supercharger during Saturday’s first qualifying session. The explosion left a gaping hole in the side of Jim Dunn’s Mooneyes entry. 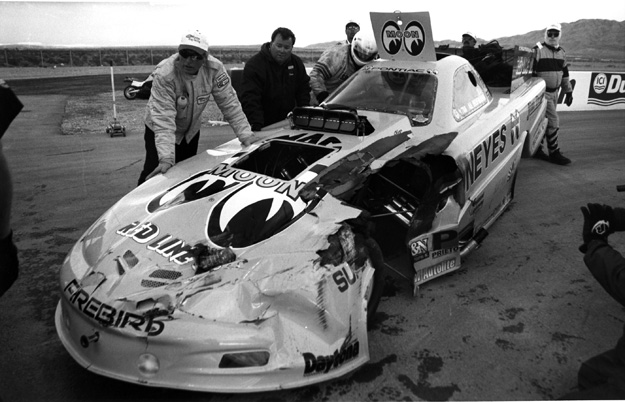 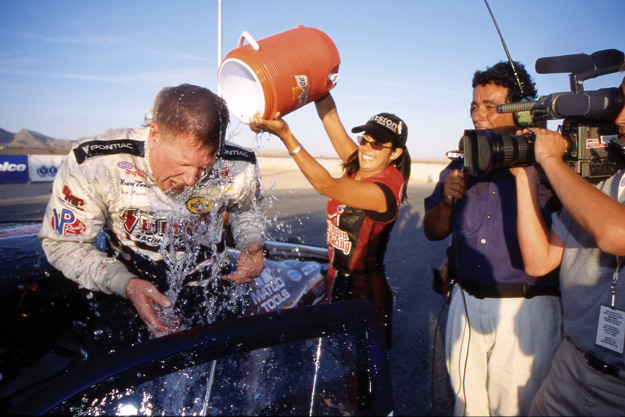 Pro Stock driver Mark Pawuk was doused with water as he emerged from his Summit Grand Am at the top end. Pawuk made it through the first round of eliminations, but his 7.02 pass wasn’t enough to defeat Allen Johnson’s 7.01 in the second round. 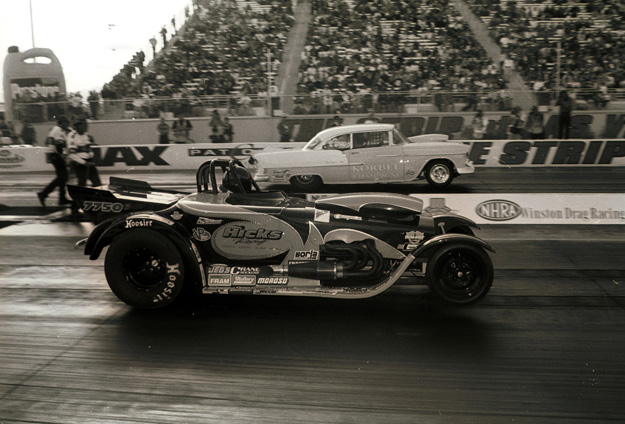 Marty Jacobs, near lane, drove his ’27-T Ford to the winner’s circle for the first time in his 18-year racing career after Dean Hall left too soon in his ’55 Chevy Bel Air with a .399 red-light in the Super Gas final. 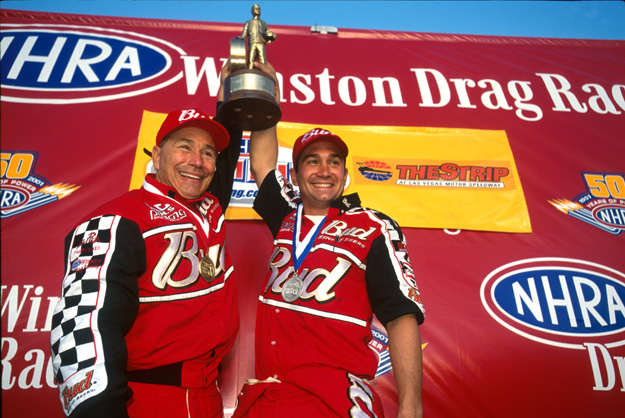 Once again, Kenny Bernstein was part of a historic NHRA moment, and this time, it included his son, Brandon. For the first time, a father and son won at the same NHRA national event. Kenny collected his 54th national event win (this one in Top Fuel), and Brandon scored his first (in Top Alcohol Dragster).