30 Jun 2016
Alex Waldron, National Dragster Associate Editor
Throwback Thursday
In this week’s journey into the NHRA National Dragster photo archives, we look into the file of one of the legendary hot rod builders and drag racers of the 1950s and 1960s, Art Chrisman. Ranked No. 29 on the NHRA Top 50 Drivers list in 2001, Chrisman is a member of one of drag racing’s most famous families, which included his brother Lloyd and uncle Jack. They combined to produce many of the sport’s more memorable moments during its developmental years. Here are some photos from Chrisman’s influential drag racing career. 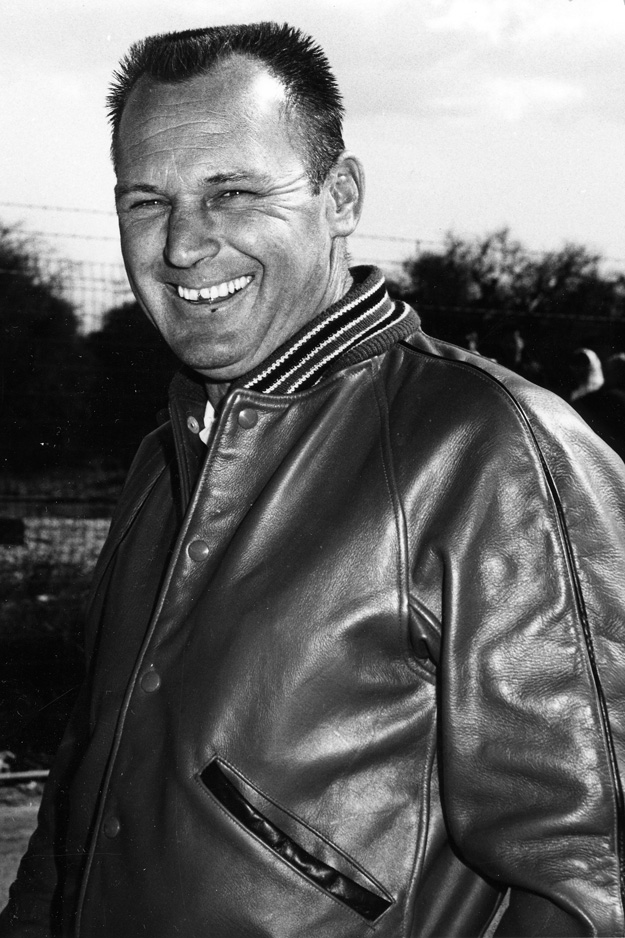 Chrisman and his family moved from Arkansas to Compton, Calif., during World War II and owned an automobile-repair shop, Chrisman & Sons Garage, where Chrisman quickly learned about cars and developed an interest in racing. Chrisman and brother Lloyd began racing the family’s ’36 Ford four-door sedan in the mid-1940s before buying their soon-to-be-famous No. 25 car in 1949. (Below) Chrisman recorded the first quarter-mile run at more than 140 mph at Santa Ana Drag Strip in February 1953. 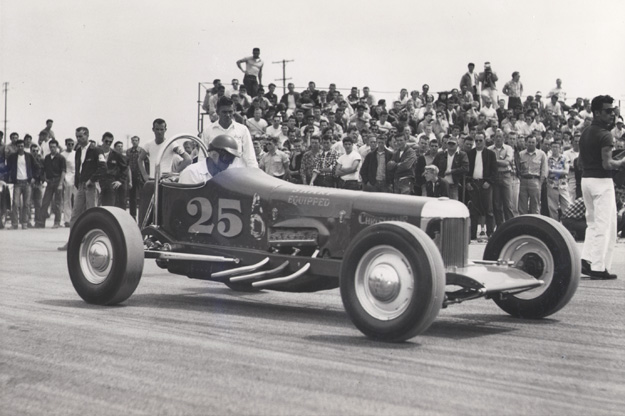 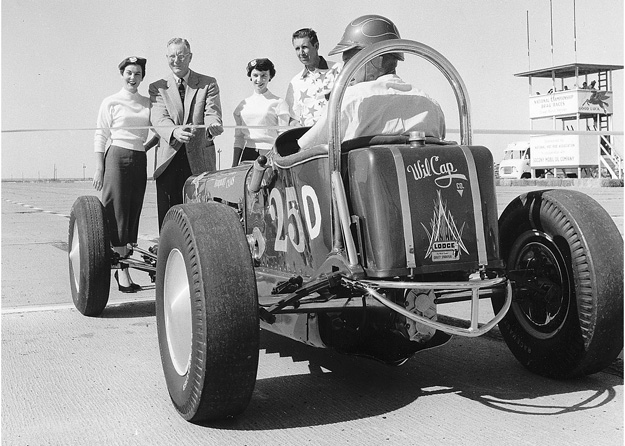 Chrisman’s familiar No. 25 made its way into the history books as the first car to run in Great Bend, Kan., at the inaugural Nationals, NHRA's first national event in 1955. Chrisman took part in the ribbon-cutting ceremony, then made the opening lap of the race. 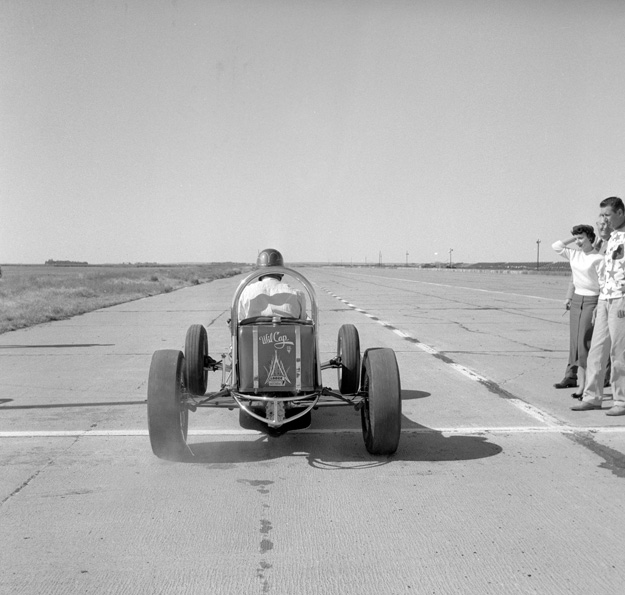 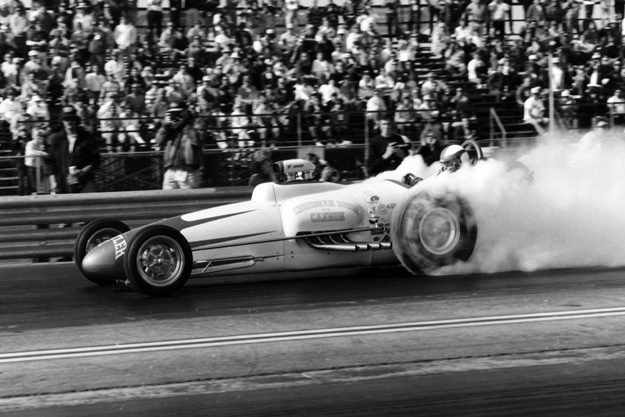 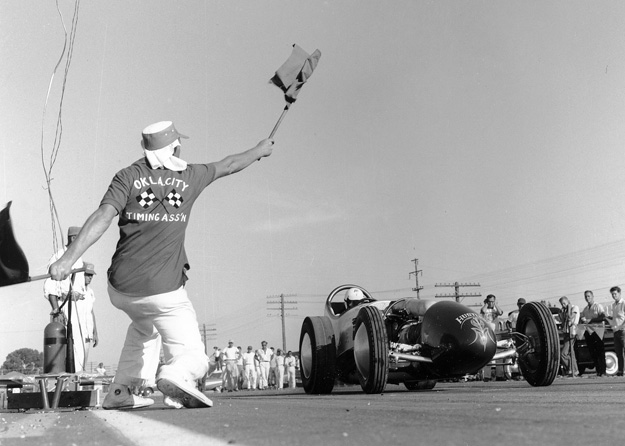 In 1958, the slingshot-style dragster was beginning to make its mark. The Chrismans, along with Frank Cannon, built their famed Hustler I dragster, which immediately won the Best Engineered Car award at the 1958 Nationals in Oklahoma City (pictured). The car, powered by a blown 392-cid Chrysler engine stroked out to 454 inches, recorded the sport's first 180-mph run with a 181.81 at Riverside Raceway and won the Smokers Meet in Bakersfield in 1959. 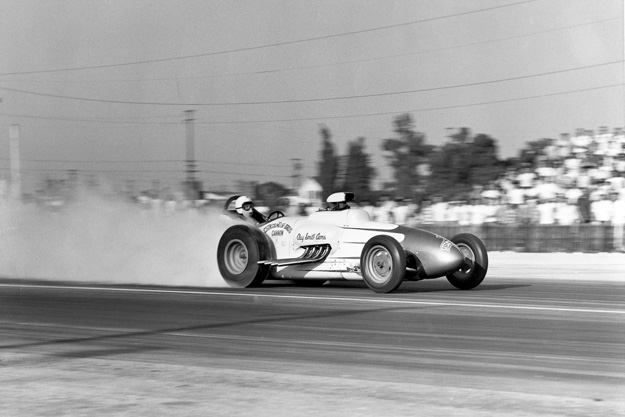 Chrisman ran the Hustler I dragster through the end of the 1962 season, scoring Top Fuel runner-ups at the 1960 and 1961 Bakersfield races. He then went to work for Ford Motor Company's Autolite Spark Plug Division, which put an end to his racing career but not his driving career. 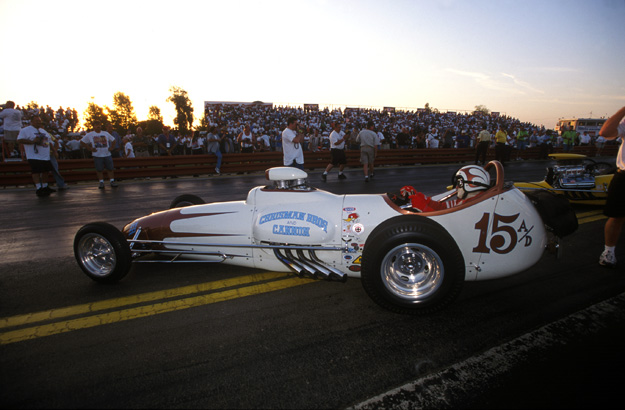 Chrisman, with his son, Mike, founded Chrisman Auto Rod Specialties to build and restore hot rods. They restored Hustler I to 1962 vintage in the mid-1980s and have made full quarter-mile smoking runs for fans in the last decade.