18 Feb 2016
Alex Waldron, National Dragster Associate Editor
Throwback Thursday
NHRA kicked off its 50th anniversary Funny Car celebration at the Circle K NHRA Winternationals in Pomona last weekend. Many classic nostalgia Funny Cars were on display in the Hot Rod Junction, and some historic Funny Car drivers made special appearances throughout the weekend. This week, we will look through the National Dragster photo files of Southern California’s own Funny Car pioneer, Gas Ronda. 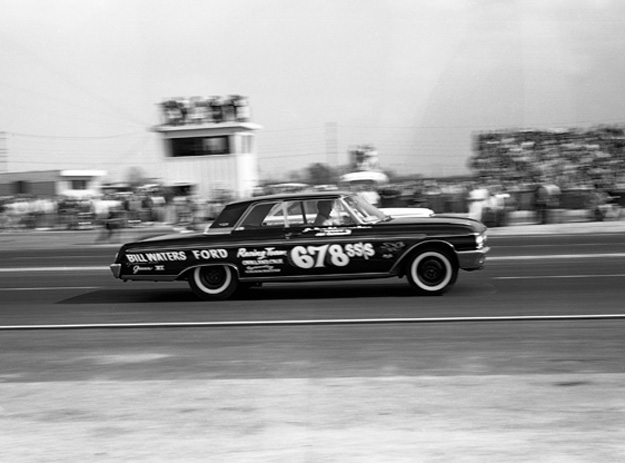 Ronda began racing Hudson and Buick entries in the early 1950s. He then acquired a Corvette in the late 1950s but felt there was little competition in the sport because a majority of the entries were Chevys. Ronda put Ford on the map when he began racing this ’62 Galaxie, equipped with a 406-cid engine with tri-power carburetion, that kept pace with the favored 409-cid Chevys.

In addition to being a pioneer of Funny Car, Ronda, a ballroom dance instructor in the San Francisco area during the 1950s, was known for being one of the sharpest-dressed racers of his era. 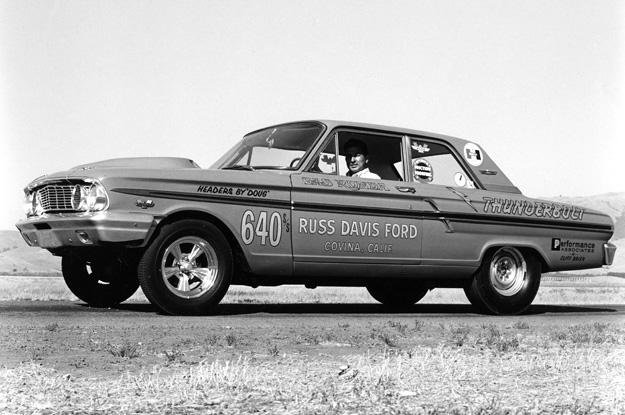 In 1964, Ronda won the inaugural Hot Rod Magazine Championships in Riverside, Calif., and the NHRA Top Stock points championship with his newly developed Ford Thunderbolt, a midsize ’64 Fairlane with a 427-cid engine. 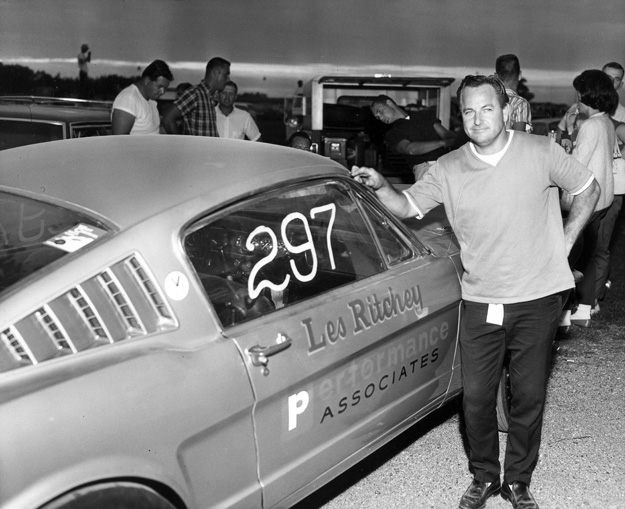 Midway through the 1964 season, Ronda relocated to Russ Davis Ford in Covina, Calif., to be closer to his engine builder and tuner, Les Ritchey. Ritchey played a major role in Ronda’s success and became Ronda’s best friend. Tragedy struck in 1966 when Ritchey was involved in a fatal racing accident in Fontana, Calif. 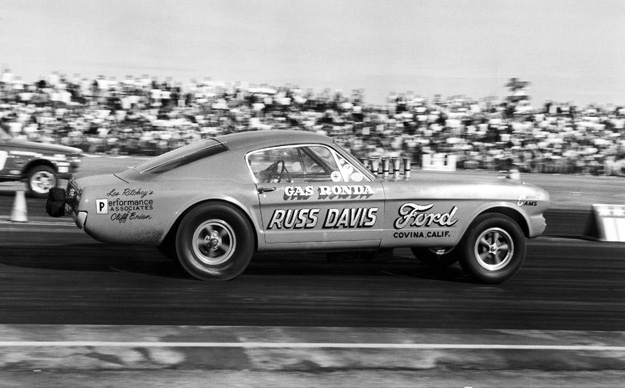 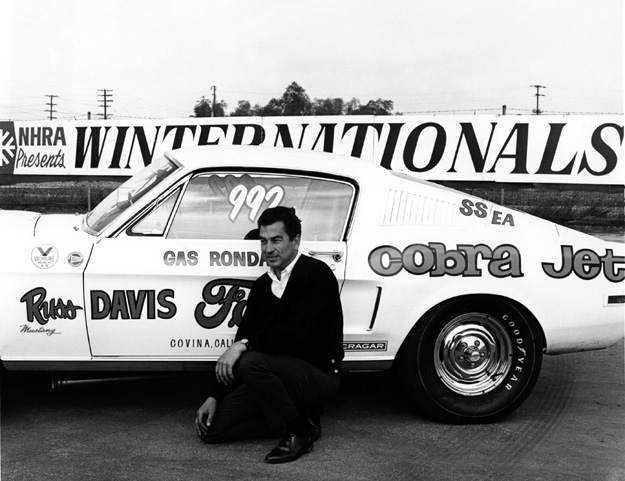 Ronda was racing Funny Cars on a full-time basis by 1966, but he temporarily returned to Super Stock to help Ford debut the first-generation Cobra Jet Mustangs at the 1968 Winternationals. 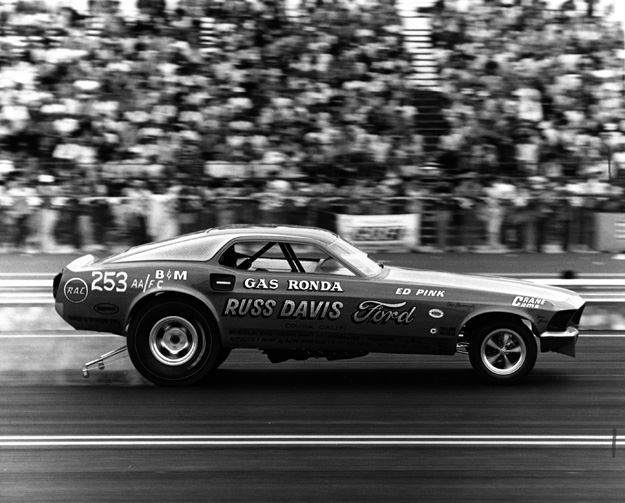 The highlight of Ronda’s career was driving his new Mach 1 Mustang, built by Logghe Bros., to the winner's circle at the 1969 Orange County Int’l Raceway Manufacturers Championships. In 1970, Ronda suffered severe burns from an engine explosion while racing in Phoenix, which ultimately ended his driving career.

Ronda made a special appearance at the Circle K NHRA Winternationals in Pomona last weekend to help NHRA kick off its 50th anniversary Funny Car celebration. He was photographed next to one of his vintage Funny Cars in the Hot Rod Junction at Auto Club Raceway at Pomona.