The revival of Kyle Seipel 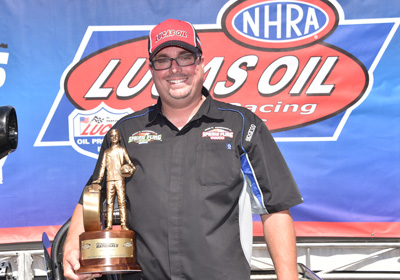 Kyle Seipel has won 11 NHRA national event titles during a career that is now well into it’s fourth decade and he’s also got wins in five different eliminators but, the impact of Seipel’s career can’t be measured by wins and losses. Growing up in a drag racing family, there isn’t much he hasn’t seen or done in the sport.  Seipel’s father, Ted, is one of the West Coast’s most feared sportsman racers and he’s also a pioneer of the Super Gas movement in the last 1970s. Mother, Georgia, also carries and impressive resumé that includes three decades as a track manager, first at Fremont Dragway and more recently, Sonoma Raceway. Given his upbringing, it’s no surprise that Kyle has vast experience in nearly every facet of the sport. Currently, he juggles multiple roles as a racer, and event promoter, and he recently took over from his mother as the drag strip manager at Sonoma Raceway in California’s wine country. He’s also a dedicated family man with two pre-teen children.

“I guess I do a little bit of this and a little bit of that,” said Seipel, affectionately known as “Big Nasty” to his many drag racing friends across the country. “I absolutely enjoy what I do. I’m fortunate to have had a have a lot of opportunities in this sport, and not just as a driver. For example, to be handed keys to Sonoma Raceway last year is amazing. It’s funny how life works. Ten years ago, I wasn’t very happy. I wasn’t having much fun. If someone had told me then that I’d be racing a six-second dragster and managing one of the best tracks in the country I would have thought, you were crazy. I still think I’m just a snot-nose kid who grew up at the track and enjoys racing. I’m very fortunate.”

On the track, Seipel currently races as a teammate to one of his best friends, four-time national champion Justin Lamb. Racing in Super Comp and Top Dragster presented by Racing RVs.com last year, Seipel was a runner-up in Las Vegas and Seattle national events. He also finished seventh in the Top Dragster national points standings.

“As far as racing goes, that’s the simplest thing for me,” said Seipel. “The bottom line is that Justin does everything. All I have to do it show up at the track. Justin prepares all four cars and I try to stay out of his way. My goal is to be the best teammate possible. It works because my skill set with tools is marginal at best. I’m not the guy you want to have changing converters and transmissions.”

To that end, Seipel will once again race with Lamb in Super Comp and Top Dragster but he also plans to hit his share of big money bracket races, which are beginning to become more frequent in the Pacific Division.  In addition to Lamb, some of Seipel’s best friends include Peter Biondo, Jimmy DeFrank, and Jeg Coughlin Jr. Each of them has won at least four NHRA national championships and they’ve combined for nearly 200 national event wins. Seipel is still seeking his first national title, but that doesn’t mean he’s not comparably talented. In addition to his 11 national event wins, he’s got a whopping 22 divisional championships, including 12 in the Summit E.T. Series and ten more as part of the Lucas Oil Sportsman series. When it comes to race strategy, including monitoring track and weather conditions and choosing a dial-in, he has few peers. 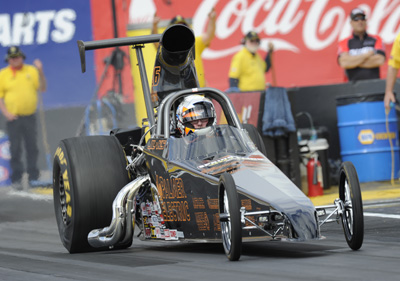 “I always try to be honest with myself,” Seipel said. “I’m in my mid-40s. and I can’t always pull off what I used to be able to do in my mid-20s. In this day and age everyone has the best equipment and that helps make up for a lack of driving talent in many ways. I do still feel like I can win though. I finished seventh in Top Dragster last year, but my teammate was No. 1 and No. 1 in Super Stock and Stock. We weren’t in the same area code.

Not much bothers Seipel, so the lack of a championship ring isn’t likely to ruin his day.

“Of course, I want to win a championship; I’d be lying if I said I didn’t think about it at least once a day,” said Seipel. “I sort of feel like Dan Marino. He never won a Superbowl but had a great career. It’s a goal for sure, but if it never happened I could live with it. It’s not going to pay the bills or make me a better father.”

In 2010, Seipel and Peter Biondo, took a leap of faith when they decided to promote their own big money E.T. bracket racing event. Held at Bristol Dragway, the K&N Spring Fling featured three separate events paying $20,000 to the winner. The inaugural event was plagued by rain, but that didn’t deter the duo from moving forward. Today, the venture has grown into a three-race series with additional stops at The Strip at Las Vegas Motor Speedway and GALOT Motorsports Park outside of Raleigh. N.C. The Las Vegas event is known as the Spring Fling Million and it features a top payout well into the six-figure range. Promoting the events has become nothing short of a full-time job for Seipel and Biondo.

“In 2010 I was working at Helmet City and I wasn’t happy,” Seipel recalled. “I worked a lot of hours and wasn’t racing much and it just wasn’t rewarding. Peter said he knew I needed a change. We made a deal where he guaranteed a certain amount of dollars. He told me that even if we lost money he’d make it right. The first year, we had 170 cars and we lost money on the event. I remember taking down banners and Peter saying, ‘Well, we’ll probably never need these again.’ Later on, we got a lot of calls from racers who said they enjoyed the race in spite of the forecast. We decided to keep going and now we’re averaging well over 300 cars and it’s the best thing that could have happened to us.” 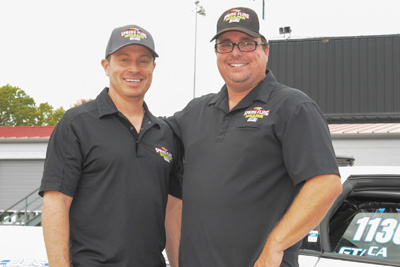 By year two, Seipel quit his regular job and devoted the majority of his time to promoting and planning the Spring and Fall Fling events. He spends at least nine months a year recruiting product sponsors, working with track operators, and pouring over the fine details of each race. The series has been such a success, that plans call for the addition of a fourth race in the fall of 2019, most likely in the South.

As hectic as his schedule is, Seipel couldn’t resist last fall when he got the opportunity to take over his mother’s role as the dragstrip manager at Sonoma Raceway. After spending countless days and nights there with his parents, and as a racer, the offer was too good to refuse.

“When mom decided to retire I met with the management and we agreed that I’d be a candidate,” he recalled. “I told that that as long as I could continue to promote the Flings, we could make it work. I rent an office in Pleasanton [Calif.], and I’m there four days a week. My commitment to the track is to attend all drag racing events, from March to October. It’s very workable, although it means I will have fewer opportunities to race. Basically, I’m trading ten race weekends for 14 events at Sonoma. That still gives me time to be a good father and husband.”

“I get to plan events in Sonoma and I’m trying to do everything from racer’s perspective. So far, we’re planning bigger purses, big [photo] checks and things like that. We’re also planning a big event on Saturday night of the [Division 7 Lucas Oil Series event]. Last week, we had our first event and we had 220 cars, which was a big increase over 2017.”

Given his schedule, Seipel believes he probably won’t compete for a national championship in either class, even if he has early-season success but Lamb made it clear that if the opportunity is there, they’d find a way to pursue it. Either way, Seipel is

“Right now, I’m living sportsman racers dream,” he says. “I get to race in the best equipment there is. I’m a partner with Peter, who’s reputation speaks for itself. I also get to hang out with 300 or 400 of my best friends at the races. I wouldn’t change it for the world. I have a great family and I never take that for granted. It’s weird how life works out. Eight years ago, I was miserable. Now, in 2018, life revolves around things I love the most.”