The Sports Report: A pair of doubles in the Arizona desert

In last week’s Sports Report, we highlighted Top Sportsman racer Don Meziere’s impressive victory at the season-opening Lucas Oil NHRA Winternationals presented by ProtectTheHarvest.com. Not that anyone thought it was a fluke, but just to be sure, Meziere won again a week later at the NHRA Arizona Nationals.

Meziere isn’t the only driver who has come out firing in the new season. Stock racer Leo Glasbrenner also went back-to-back in Pomona and Phoenix behind the wheel of his COPO Camaro.

When it comes to degree of difficulty, there aren’t many things in drag racing that rival winning 12-straight rounds of eliminations in the uber-competitive Stock class, yet Glasbrenner was somehow able to pull it off. During his second winner’s circle interview in as many weeks, even Glasbrenner had a difficult time explaining his success. 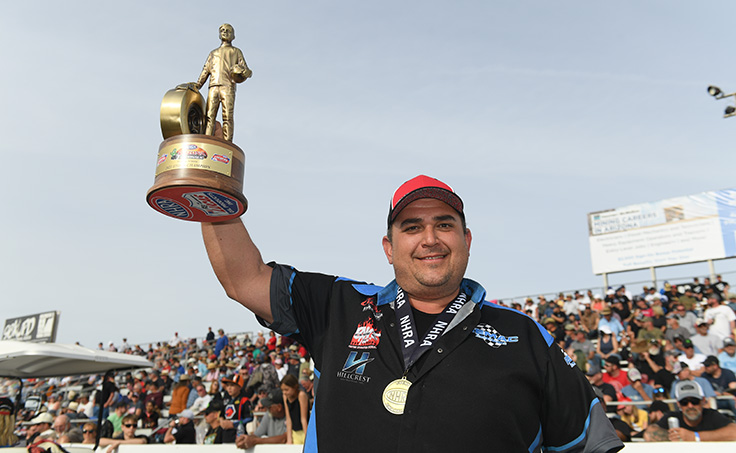 “I just maintained focus really; that’s what I told myself at the beginning of the year,” he said. “I was going to pay a little more attention to my racing program and just focus a little more and it’s paying off. I hope it continues to pay off all year long.”
Glasbrenner’s driving in Phoenix was solid, if not spectacular but at times his quick 9-second Camaro carried the day. That was certainly the case in round one where Glasbrenner ran right on his 9.35 dial to defeat John Irving. Glasbrenner also matched his dial in the semifinals where he survived a tough battle against two-time world champion Brad Burton.

In the final, Glasbrenner finished off the historic rout when he left a few thousandths of a second ahead of Jeff Jerome. That was more than enough to ensure the win as Glasbrenner matched his dial for the third time, running a 9.414 against his 9.41 dial.
With two wins in the bank before the end of February, Glasbrenner was faced with the inevitable question of pursuing the Luas Oil Series championship in Stock. While two wins is extremely impressive, a championship run consists of eight scored events (three national and six divisional) so the outcome is far from certain.

Glasbrenner maintains that his plan is to race in the events closest to his Southern California home, and then travel later in the season if necessary. 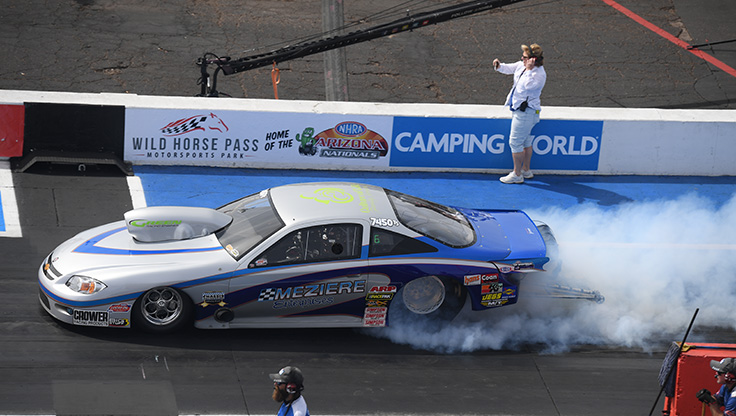 As for Meziere, he is also in a prime position to make a run at a championship following back-to-back wins in Top Sportsman presented by Vortech Superchargers. After his win in Pomona, Meziere tacked on five more win lights in Phoenix including a single run in the final after Mike Ferderer broke.

A week ago in Pomona, Meziere noted that his victory was a combination of luck and skill. That was also the case this week, particularly in round one when Meziere left .003-second ahead of the green light. Fortunately for Meziere, opponent Richard Okerman had the slower car and red-lighted first by a scant .001-second.

Like Glasbrenner, Meziere has a perfect start to the season but much work is left to be done before he can even think about writing a championship speech.