The Sports Report: What Nick Isenhower does for an encore

Winning any race in Super Comp is a ridiculously difficult feat given the level of competition that exists today and winning back-to-back races would appear to be significantly more difficult, especially when one of those events is the Dodge//SRT U.S. Nationals.

Then again, there’s Nick Isenhower, who is making Super Comp look deceptively easy after back-to-back wins in Indy and now, the NHRA Midwest Nationals in St. Louis. Isenhower had never won a national event before he beat Mike Jirousek in the Indy final, but he had a front row seat in 2018 when his younger brother, Devin, won the Indy Super Gas title and the world championship. 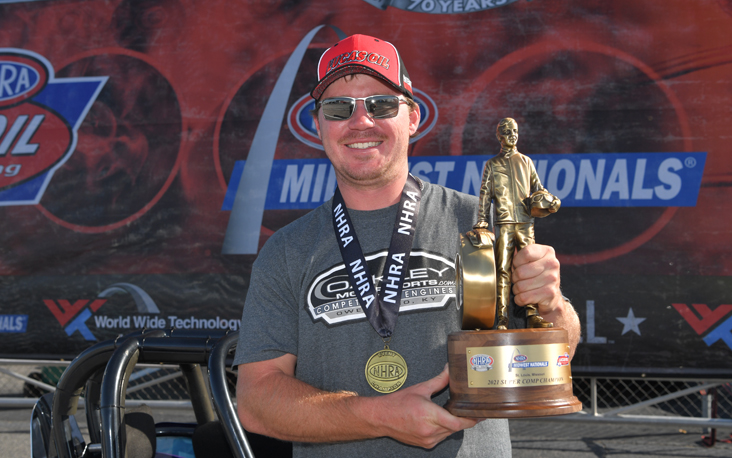 Short of a quarterfinal finish at the Division 3 Lucas Oil Series event in Indy, which happens to be his home track, Isenhower hadn’t done much this season until won the sport’s biggest event. Still riding high when he arrived in St. Louis, Isenhower wheeled his dragster to a semifinal win over Charlotte champ Bob Prose and he followed with a close win over Vern Rowland in the final to collect Wally No. 2.

Asked to disclose the secret of his success, Isenhower claims it's nothing exotic. Just a solid game plan that was executed in a timely manner.

“We’re just staying consistent; the car has been there every single lap. I’ve been where I needed to be,” said Isenhower. “The toughest round was probably Bob Prose in the semi’s, he’s been on a streak like I have so I knew it was going to be a good race, and of course it was. So, that was a good win, and of course in the final [Vern Rowland] was tough as well. We’re going to just keep doing what we’ve been doing and hopefully finish the year strong. I found out yesterday that my great-grandpa passed away so this one is for him.”

In the final against Rowland, a veteran who won three national events during the 2019 season, Isenhower actually gave up a slight lead at the start, .009 to .013, but made up for it at the finish line with an 8.933 to 8.943 victory. The difference at the stripe between the two dragsters was just .006-second.

“We were both good on the Tree. We were kind of right where we thought we were gonna be,” Isenhower recalled. “We got down there [near the finish line]; he dropped and I dropped with him and it just worked out in my favor.” 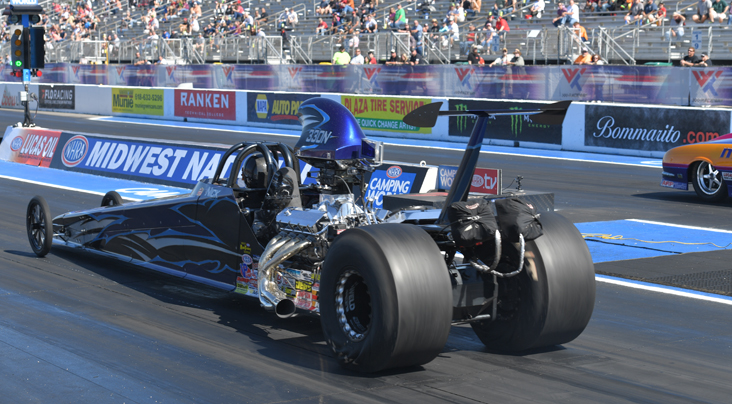 Isenhower’s driving was also very strong against Prose with a .008 light and an 8.936 to seal the victory. During the seven-round event, his worst reaction time was .028 and most of his lights were quicker than .015.

Isenhower’s two-race win streak has done wonders for his points total. With 15 straight rounds in the bank, he’s added 220 points to his score and he’s now ranked No. 23 out of more than 800 Super Comp racers and he’s got a decent shot to post a Top 10 finish despite not getting a full claim of events. He’ll have two more chances to strike while the iron’s still hot when he returns to World Wide Technology Raceway for this weekend’s North Central Division Lucas Oil Series double-header.

Isenhower has attended just two national and four divisional events to this point so with another strong showing, it’s not out of the question that he can make a late-season run at the world championship.