Behind the Numbers: Five Funny Car drivers who should move up the standings in 2019

Here's a quick look at a handful of drivers who should trend upward in the standings in 2019, including at least one who will challenge for his first NHRA Mello Yello Drag Racing Series world championship.
20 Dec 2018
Jacob Sundstrom, NHRA National Dragster Associate Editor
Behind the Numbers

The Lucas Oil NHRA Winternationals are fewer than two months away (company mandated ticket plug here) and teams are wrapping up their crew chief hires (if you haven’t, get a damn move on … please). So, what better way to move time closer to February than a little prognosticating around an ice-cold Mello Yello.

Bob Tasca III announced the hiring of Mike Green, former championship-winning crew chief of Tony Schumacher’s Top Fuel dragster. Green most recently worked as a go-between at Don Schumacher Racing, which made him available and very likely looking for the chance to get back on a program full time.

Green previously tuned Tommy Johnson Jr.’s Funny Car while working with Don Prudhomme, so he’s not exactly new to the short-wheelbase machines. We’ve also seen tuners enjoy success going from one nitro machine to another as Brian Corradi went to Funny Car from Top Fuel last season and, at least during the first half of the season, brought tremendous success to Courtney Force’s camp.

So, that brings me to the point: Tasca, by no small measure, endured the most disappointment of any NHRA Pro in 2018. He came in with championship aspirations and failed to make the Countdown to the Championship. Change was coming, and while he didn’t part ways with one of the smartest up-and-coming crew chiefs in the business in Eric Lane, it’s not a surprise he brought in some stability.

That’s why we’re starting a list of five Funny Car racers who should move up the standings in 2019 with our favorite Rhode Island native (sorry Kevin McKenna).

Tasca showed major signs of improvement down the backstretch of the 2018 season. While he only ranked 10th in Racer Rating (a composite stat that weighs elapsed-time average, reaction-time average, and the percentage of time a driver gets the car down the track) over the balance of the season, Tasca was sixth best in RR during the Countdown. His Mustang got down the track 71.4 percent of the time during the Countdown, just .2 below the average.

Add in the hiring of Green, the full year of experience for Lane, the brand-new Mustang body, and more experience with the five-disc clutch and it seems a no-brainer Tasca will make the Countdown in 2019. Of course, that’s what I said in 2018, too. 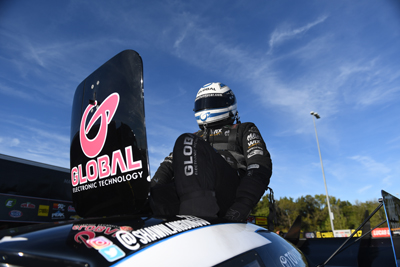 Langdon finished the Countdown to the Championship with a better Racer Rating than Tim Wilkerson, which tells you a lot about the kind of luck the Global Electronic Technology team had this season (bad — not good).

The former Top Fuel and Super Comp world champion held his own when it came to cutting lights, and the team, much like his newly crowned Funny Car teammate J.R. Todd’s, turned the corner following the Western Swing. It’s very likely the Global car will look even better when Pomona rolls around in February. In one of the best Funny Car fields of the modern era, you can do a whole lot worse than “fine,” but if you have championship aspirations (he does), it’ll take finding another level of consistency by the time the Countdown rolls around.

Few racers endured a tougher start to the season than good ol' 16X. He bore plenty of criticism, some of it earned, some of it not, for erratic driving and holding his foot down too long. But as the season wore on, he found a groove — and so did Jon Schaffer and the rest of the Peak Funny Car crew.

Force drove out of his mind during the Countdown to the Championship, averaging a .0532 reaction time to go with 3.992 elapsed times. His Camaro didn’t smoke the tires a single time on Sunday during the postseason — and all that got him was a 6-6 record. If he didn’t have bad luck, he wouldn’t have had any. I’m not saying he’ll win his 17th championship in 2019, but I’m confident he’ll win No. 150 — and finish higher than ninth.

This is hardly a reach, but man I don’t think anyone predicted the Head Contractors car to struggle half as much as it did in 2018. With a success rate of 39.8, an average e.t. of 4.041, and little to no improvement in the Countdown, it’s hard to see a light at the end of the tunnel for this team. Except Jim Head tunes the car and Lindberg drives it.

Even on a great day, this team will need to be on its best behavior and require a little luck to get past the super teams; but it’s nearly happened three times. There’s no sense giving up hope now, not after Head has had a whole offseason to ponder it, whether it’s in the freezing cold of Ohio in a race shop or on a much-needed vacation. 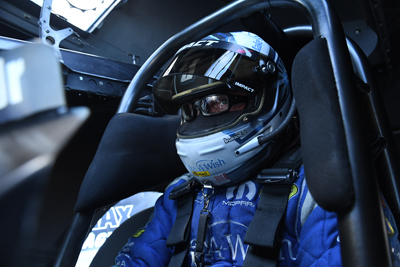 No one — and I mean no one — had a better Countdown in Funny Car than Tommy Johnson Jr. Okay, yes, Todd won the damn thing, smart-ass, but check out these numbers from the Make-A-Wish car.

That’s a tremendous Countdown after starting the season on the not-so-right-foot. They don’t hand out the trophy for a great stat line in any sport, but it’s important to remember that while you can’t insure success, you can deserve it. The Make-A-Wish team heads into the 2019 season feeling confident it deserves to be in the discussion as a favorite for the Funny Car championship (along with Todd, Robert Hight, and Ron Capps, of course). That’s a damn good feeling.