Behind the Numbers: Silly season kicks off with new faces in new places

Mike Neff is back at Don Schumacher Racing, Brian Corradi has left the Matco Tools team, and Eric Lane has his first crew chief gig. Silly Season is officially upon us.
28 Nov 2017
Posted by NHRA.com staff
Behind the Numbers

Not even a month removed from the end of the NHRA Drag Racing season, Silly Season begins. Don Schumacher Racing announced the hiring of Mike “Zippy” Neff to tune the U.S. Army dragster on Monday to, the first domino to fall in a massive crew chief shakeup that will have ramifications across Brownsburg Row. If you’re reading this, you probably already know that.

“DSR also has promoted NAPA Auto Parts car chief Dustin Heim to be Rahn Tobler's assistant crew chief for the NAPA Dodge driven by 2016 champion Ron Capps. Heim has been at DSR since 2009.”

Let’s take a step back before moving forward: Neff tuned John Force’s Funny Car in 2017, and has been with Force since 2008. This is Neff’s second stint with DSR; he previously worked for the team from 2001-07, primarily on Gary Scelzi’s Funny Car, including the season championship in 2005. That’s a big hire, and it comes with two big changes for a team that has finished eighth for back-to-back seasons.

Mike Green will stay with DSR in a floater/adviser role (similar, it seems, to what Todd Okuhara was doing before tuning Leah Pritchett’s dragster in 2017) or in R&D; but that’s not the only major change to the dragster crew chief lineup. Brad Mason has been promoted to assistant crew chief on the Matco Tools dragster, while Brian Corradi is conspicuous by his absence in the DSR release.

There’s been no official announcement about Corradi, who helped bring three championships to Antron Brown beside Mark Oswald. Let’s leave it at this for now: Don’t expect Corradi to be without a job for long.

That's not all. Cruz Pedregon also made a move, hiring Glen Huszar away from Kalitta Motorsports to be his new assistant crew chief under Aaron Brooks ahead of the 2018 campaign. It's not even December yet, and moves are already being made. 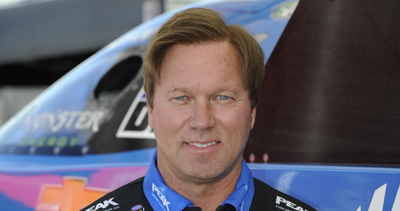 The team adds a veteran tuner in Neff to help turn things around after a pair of eighth place finishes for a group that is used to dominating the field. Neff worked with Funny Cars while with John Force Racing, but has Top Fuel experience while working as a car chief on Cory McClenathan’s Top Fuel Dragster with Green and fellow current DSR tuner Dickie Venables.

The departure of Lane leaves a void on the NAPA team, which is filled by Heim. He’s been with DSR since 2009 and takes over as the assistant crew chief, a role Lane held since 2014. Losing Lane is tough, but having the opportunity to promote from within speaks to the organizational strength of DSR. 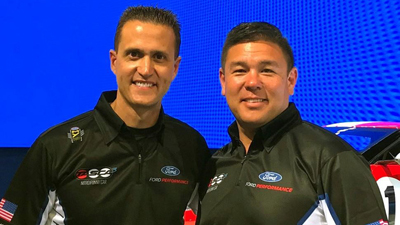 This is, by all accounts, a great hire by Tasca. He gets one of the up and coming tuners in the sport in Lane, who most recently worked with Tobler on the NAPA Funny Car. Lane also worked under Jimmy Prock while with John Force Racing and Dean Antonelli on Brittany Force’s Monster Energy Top Fuel Dragster. He has a pair of world championships under his belt as a crew member, and will chase a third while working for Tasca.

Brad Mason gets promoted to assistant crew chief under Oswald, who will continue to turn the knobs on the Matco Tools dragster. He will do it without longtime partner Corradi, who is no longer with DSR. His destination has yet to be officially announced. In the meantime, Mason gets a step up on the team he has a lot of experience with. It will be interesting to see how this affects the performance of the team following its fourth-place finish in 2017. 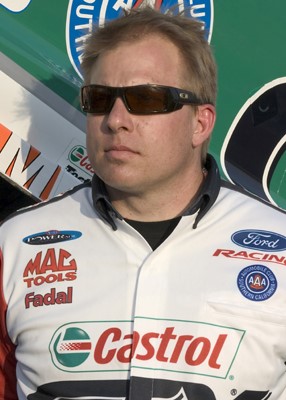 The first year of the partnership between crew chief Aaron Brooks and owner/driver Pedregon took some time to get off the ground. Pedregon hopes bringing Huszar aboard will make the operation run a little more smoothly in 2018 as the Funny Car field becomes even more competitive. He's getting an assistant crew chief with experience at Kalitta Motorsports, having helped bring a championship to Matt Hagan in 2012.

"It is great to bring Glen onboard," said Cruz Pedregon. "Glen has the mindset and the skills that you desire out here and will definitely be a great foundational piece to the program that I am building. It's like a football team, you have to have the right guys in the right places to be able to succeed and I think we are doing that and I am beyond excited for 2018"