Behind the Numbers: Breaking the No. 1 qualifier curse

To hear some talk, qualifying No. 1 comes with repercussions like opening the Ark of the Covenant. Superstition and motorsports, strike that, superstition and all sports go together like Don Garlits and statues of little gold men. Unpacking where those superstitions come from isn’t worth much (I’m not a therapist), but trying to find out if there’s anything to those superstitions is part of what this column is all about.

Now that the No. 1 qualifier in Funny Car has won the first three races of the season for the first time in NHRA Drag Racing history, let’s look at whether taking pole is really a kiss of death. First, it’s important to establish what “the curse” really is. The idea is that No. 1 qualifiers just don’t get the job done during eliminations, and beyond that, they win less often than those who qualify in other positions. Let’s dig into the numbers.

The NHRA National Dragster staff has been tracking wins by qualifying position since the start of the 2013 season. At the time of this writing, there have been 450 No. 1 qualifiers, including the four who took pole position at the 49th running of the Amalie Motor Oil NHRA Gatornationals. That’s 81 Pro Stock Motorcycle No. 1s and 123 each from the Top Fuel, Funny Car, and Pro Stock classes. Over that same period, 97 No. 1s took home Wallys — a 21.6 winning percentage. 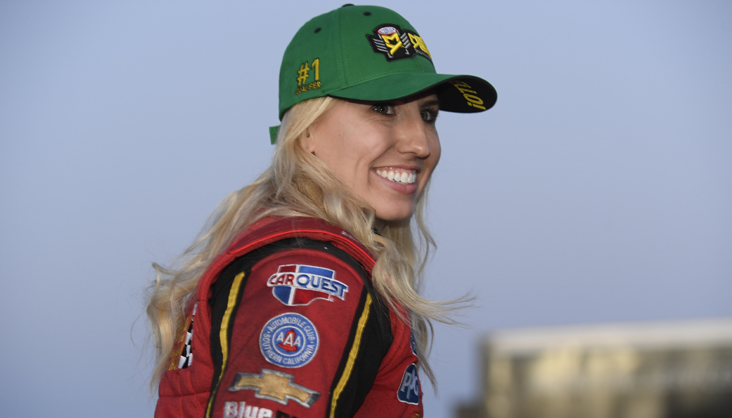 Here’s what stands out right away: There’s not a huge difference between qualifying first and second. That makes some sense, and I’ll get into why shortly. First, let’s tackle the Jet Truck in the room; that is, the qualifying position with the highest winning percentage is the first. You can argue the No. 1 qualifying position should boast a higher winning percentage, but it’s hard to say taking pole position is cursed when it comes with the most Wallys. I’m calling this myth busted.

Let’s move on to the number that stands out most to me. More than half of the winners from the past four seasons came from the top-three qualifying positions (54.4 percent, to be precise). That makes a lot of sense but not because there’s any special magic that comes with qualifying near the top of the field. In fact, that’s the point I’m trying to drive home with this column: It doesn’t matter where you qualify so long as you’ve got the goods, so to speak.

I’m not talking about the usual Cinderella story-type stuff, though. The reason No. 1, No. 2, and No. 3 qualifiers win so often is because, well, they’re the best racers. Sometimes the simplest explanations are the best. After four sessions of qualifying, those racers rarely end up there by accident. That doesn’t mean a great racer won’t end up in the bottom half of the field from time to time — Tanner Gray became just the third Pro Stock racer to win from No. 11 in the past four seasons with his Gainesville victory — but it is a rare occurrence.

And, of course, those glass-slipper moments are part of the reason we love drag racing. Shawn Reed and Scott Palmer made final rounds in back-to-back weeks. Kebin Kinsley was the runner-up at the Chevrolet Performance U.S. Nationals a season ago. All those moments, while they didn’t end in Wallys, came from racers who started at the bottom half of the field. The slot you begin in on race day doesn’t determine your fate — your team, talent, and the car you’re riding in do. A little bit of luck won’t hurt, either.