Behind the Numbers: Championship odds for the leaders in the clubhouse(s)

You know who leads the points. What are the odds the four leaders stay there at the end of the season?
18 Oct 2018
Jacob Sundstrom, NHRA National Dragster Associate Editor
Behind the Numbers

No number of clichés can steal from the inevitability of Steve Torrence’s first Top Fuel title. The Texan won his fourth straight Wally at the NHRA Carolina Nationals presented by Wix Filters, extended his lead to 161 points, and left the three racers still in contention reciting mealy mouthed lines into microphones. 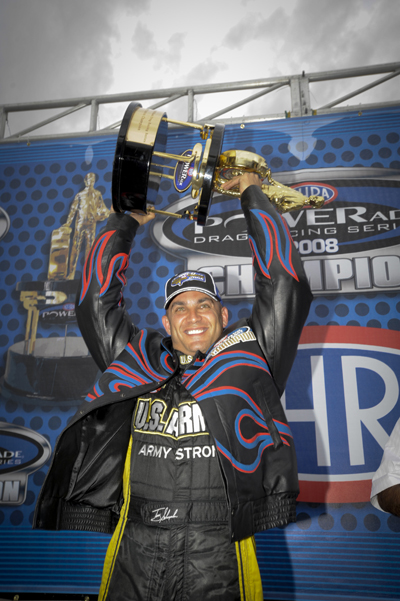 It’s not mathematically over until Torrence puts 192 points between himself and Clay Millican at the NHRA Toyota Nationals in Las Vegas, but I like his chances. The 161-point lead is (somehow) not the most ever through four races since the Countdown to the Championship began in earnest in 2008 (the 2007 season remains a memorable experiment, like Frankenstein’s Monster). That distinction belongs to the 212 points Tony Schumacher led the field by in 2008 — not a bad year for The Sarge.

Of course, that’s not so much a stat as it is a fun fact you might use to remind everyone you’re converting oxygen to carbon dioxide. If Torrence holds something like a 99 percent chance of taking home the big trophy at the end of the year, what about the rest of the NHRA Mello Yello Drag Racing Series leaders? What does Countdown to the Championship history tell us about the 2018 Countdown future?

Let’s use Torrence, and 99 percent, as a baseline — because I didn’t completely make it up. There have been 38 champions to run six races since the Countdown began in 2008 (Pro Stock Motorcycle only ran five Countdown races in 2008 and 2009, hence the exclusion of those two seasons) and a pattern emerged. The leader following four races went on to win the championship 73.7 percent of the time.

That falls in line with a standard in playoff odds models: If you’re in front now, you’re likely to stay there. Drag racing, as always, enjoys significantly less data than other sports. There is no strength of schedule and the sample size is remarkably smaller, making any sort of projection difficult. So, to come up with championship odds for the four leaders, I worked with the data we have.

The average lead four races into the Countdown is 70.7 points; be sure to consider the pole sitter has started the playoffs with 10-30 points over the past 10 years. The last two years (the 10-point era, I guess) returns a similar result (69.25) — it’ll take quite a bit more time to know if that’s revelatory or just a coincidence. For now, we’ll take the 70.7 points and the asterisk.

The average lead of the 10 racers who failed to hold onto their lead over the final two races is 39.3 points. The average for the 28 racers lucky enough to take home the big prize is 80.2. That’s a huge range, but the point is 40 points appears to be the danger zone entering the final two races of the season. 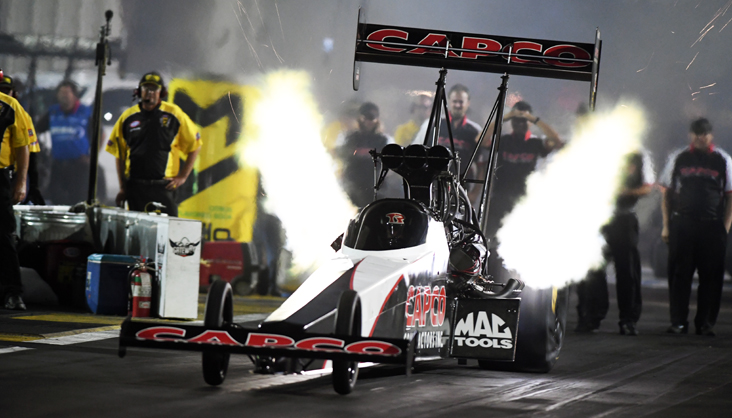 That brings us to the four leaders. I know you’ve already scrolled past this, read the numbers I assigned, and gone straight to my Twitter to blast me, BUT! Here’s how the #data came together. First, I assigned each racer 50 percentage points. Why? Any racer currently leading the points has at least a 50-50 shot against the field to win the whole thing. It’s tougher to chase than it is to maintain.

Next, I found the percentile for each data point (for instance, the 161-point lead held by Torrence puts him in the 90th percentile) and boosted their odds accordingly. That brings us to the numbers below. These odds stake the racer against the field, not against a specific opponent, and because they use a handmade formula obviously feature some subjectivity. I should have been a lawyer.