The Sports Report: Bucky Hess and the one that didn't get away 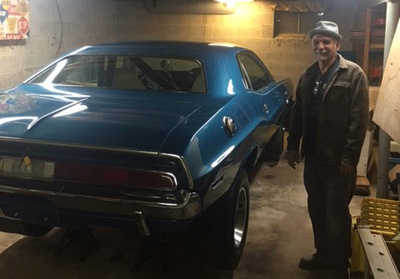 Most NHRA fans know Super Stock racer Bucky Hess for his success in Mopar Hemi Challenge events and for his string of show quality SS/AH ’68 Plymouth Barracuda factory race cars. Hess has always been a fan of the Mopar brand, dating back to the late 1970s. One of his earliest race cars was a 340-cid Duster that ran mid-11s, but when the urge to go quicker hit, he immediately knew that the only remedy would be the Holy Grail of Mopar muscle cars, a Hemi-powered 1970  Dodge Challenger.

After a brief search, Hess found and purchased an original “R-code” Challenger in 1978. He raced it for a few years and then sold it in 1981. Now, nearly 40 years later, he bought the car back from the same individual that he sold it to, and much to his surprise it has gone almost untouched.

“This is a crazy story but its all true,” said Hess. “When I first found this car, it was parked in a trailer park in West Virginia and it had stickers all over it. The guy who owned it was going to make it into a Super Stock car so he had installed mini-tubs and some new springs. As soon as I saw it, I knew I had to have it.”

The asking price for the Challenger was $2,500, a significant sum in 1970s currency. Hess didn’t have the money, but that didn’t stop him from buying it.

“When this car came up for sale quite a few people knew about it and I didn’t want to lose out,” he recalled. “At the time, the guy I was working for had connections at the local bank, so he helped me get a loan for $2,000 and I borrowed $500 from my grandmother. Somehow, I was going to find a way to buy it. I'm like that. When I put my mind to something I usually find a way to make it happen.” 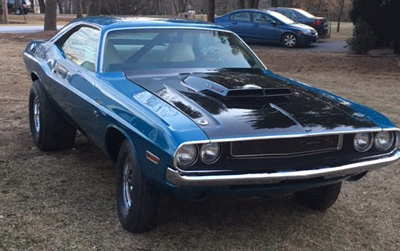 Hess figured he’d need a Hemi Challenger to keep pace in the ongoing  arms race with his racing buddies at home. One friend had a ’67 Ford Fairlane another had a ’71 Camaro, both of them were fitted with 427-cid big blocks. Shortly after Hess got his Challenger, it was game on in the battle for neighborhood bragging rights.

“I was working at a local speed shop, so I bought some good parts for the car,” said Hess. “I bought a TCI transmission and a converter and that helped quite a bit. I remember going to the track and my friend with the Camaro ran 10.99 and the guy with the Ford ran 10.98 and I ran a 10.97 with the Challenger. It was a big rivalry and it was amazing that we all ran that close to one another. That's about as much fun as you can have racing.”

Despite his love for the car, Hess didn’t hold on to the Challenger for very long. By 1981, he had the opportunity to more than triple his investment and sold the car for $8,000. For the next three decades, he concentrated on building his body shop business, Bucky’s Ltd., in Bunkerhill, W.V. and eventually he jumped into the SS/AH class with the first of several Hemi-powered ’68 Barracuda’s.

Incredibly, the new owner only drove the Challenger once or twice before wheeling it into his basement. There, it sat untouched for the better part of four decades. From time to time, Hess would reach out to the buyer, Alan Ness, who lived about 40-miles away in Westminster, Md. 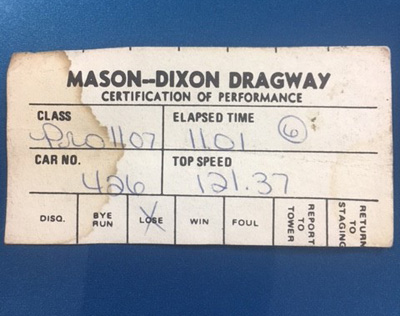 “I asked him several times if he wanted to sell the car back to me and he wasn’t interested,” Hess said. “Once I started to do well with my business, I was ready to make him a serious offer, but he wanted a lot of money for it, around $100,000. I wasn’t prepared to pay that. The really crazy thing is that he didn’t transfer the title from my name until about seven years ago. We couldn’t reach an agreement back then, but he did say that if he ever was going to sell it, he wanted to see me have it.”

Earlier this year, Hess was in the process of ordering a new Dodge Demon, but he decided to make one more pass at the Challenger. He once again reached out to Ness, and after a bit of negotiation, a deal was struck. Incredibly, Hess was not only able to purchase a car that he last owned in 1981, but the car was in almost exactly the same condition as it was when he sold it.

“How often does that happen? Never,” said Hess. “When I walked down the stairs into his basement, it was like a time machine. The car was exactly the same as the last time I saw it. He took the heads off the engine and the white vinyl interior was a bit yellowed, but otherwise it was perfect. No rust. No damage. Nothing. As soon as I saw it I was like a little kid at Christmas. There aren't many of these cars left and probably none of them that have been stored for this long without getting rusty or moldy.”

The low miles, matching numbers Hemi Challenger now resides safely in Hess’ personal collection which also includes a Hemi-powered ’32 Ford, a host of vintage Schwinn bicycles, and a load of drag racing and automotive memorabilia. His plan for the Challenger is simple; he’s going to finish rebuilding the engine and return the car to street duty for car shows and local cruise nights. He’s currently in the market for an authentic 1970 Dodge 8-track tape player if anyone knows where to find one.

Hess admitted that he paid roughly ten times the original purchase price to re-acquire the car, but he considers that a bargain. 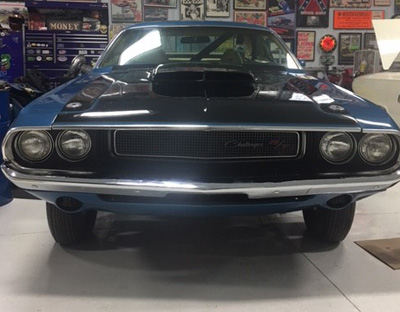 "I wasn't really concerned about the money," said Hess. "I know could sell this car tomorrow and make a nice profit but that doesn't interest me at all. It took me long enough to get it back. I don't think I would never sell it now."

As for his current drag racing plans, Hess has a lot of irons in the fire. He’s currently finishing a new ’68 Hemi Barracuda for the SS/AH class and he’s also working on the Southland Flyer, a Hemi-powered SS/BA ’65 Plymouth he bought from Joe Teuton Jr. Hess also works with his son, Travis, a mega-talented painter and artist who also has one of the quickest A/SA cars in the country. It is also a Hemi-powered Mopar. Oh, and he's a got a drag boat project ongoing at his shop.

“I hope to have the ’65 car done in a few weeks, so I can take it to Richmond for the [Division 1 Lucas Oil Series event],” said Hess. “Then, I’ve got my SS/AH car that I should have done this summer. I’m really excited about that car. It was built by Phil Mandella and I think it’s one of the nicest Super Stock cars that’s ever been built. Jason [Line] has two of my engines and he says they’re the best Hemi’s he’s ever had so I’m hoping we can run in the 8.1s. I want to have it done for Indy. That’s the goal anyway. Travis is also going to work his magic as far as paint goes. It will be something special.”