Close, but no regrets 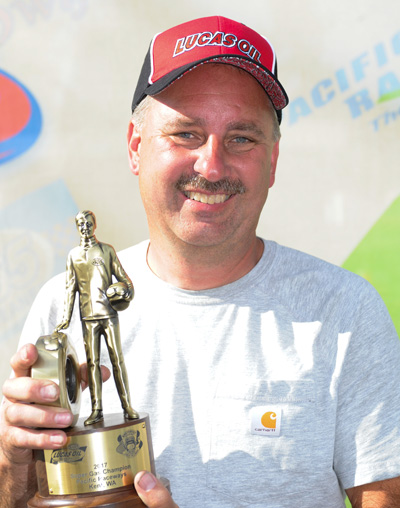 Had he scored just three more points, one more win light in a long 10-month season, Chris Cannon would be celebrating the 2017 NHRA Lucas Oil Super Gas championship instead of pondering what might have been. After what was easily the best season of his career, Cannon ultimately finished second to John Labbous Jr. and lost the championship by three points, but when he looks back at his 2017 season, he has got nothing to hang his head about.

“Everyone has asked me if I was frustrated or disappointed, but I’ve never felt that way at all,” said Cannon. “I was just very happy to be there. I’m not bummed out at all. I never thought about winning a championship in the first place. All I really wanted to do was win my divisional [title] one time. I did that and almost won the world. I’m very happy to have the No. 2 on my car. It was a great season no matter how you look at it.”

Cannon, who operates a heating and air conditioning company in the Seattle suburb of Bothell, Wash., was nearly unstoppable in 2017, particularly in his native Northwest Division. In a four-month span from May to August, Cannon won divisional titles in Boise, Woodburn, and both Seattle events. He won the Division 6 title handily and has already qualified for the 2018 JEGS Allstars event in Chicago. Counting his runner-up finish at the national event in Sonoma, Cannon appeared in final rounds with his colorful Corvette roadster, and he turned on the win light four times. He challenged for the top spot until the final weekend of the season.

“I haven’t really thought about one thing that would be a highlight,” Cannon said. “The whole season was very fun. At one point, I went like 27 rounds, counting those four divisional races and some Shootout wins. That was amazing. Our whole family races, and it’s a group effort. We need to change a transmission. The family changes a transmission. We all support each other.”

For someone who had never finished higher than No. 44 in the national standings over the last decade, and had never won a divisional title, the 2017 season represented a major step forward for Cannon, but he insists that he did little to change his program going into the 2017 season.

“Everything just sort of fell into place,” Cannon said. “I did change some of my decisions on the top end. I just found a little bit better way to do things; a better way to concentrate. Also, the little numbers [thousandths of a second] fell my way. At least they fell my way at the beginning of the season. All four of those divisional wins were decided by thousandths of a second. Then, at the end of the year, they started to go the other way. I just couldn’t catch a break when I needed one. 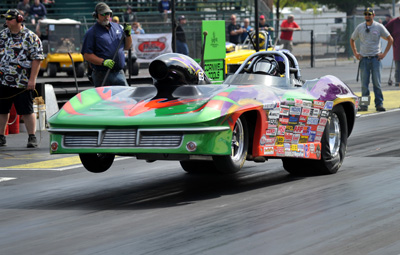 “I also learned a lot about myself this year. I realized how important it is to eat right, get sleep, and drink lots of water. I think there are a lot of racers who don’t stay hydrated or eat properly and it affects them. You tend to get worn out towards the end of the way. I was having some bad lights, and I started looking for reasons why, and that’s one of the things I addressed. I’m sure it made a difference.”

Following his fourth divisional win, Cannon and his family — wife, Jeri, son Christopher, and daughter, Nikki — quickly realized that they had a chance to win the national championship. In order to do so, they had to adjust their travel schedule to include the final three national events of the season in Dallas, Las Vegas, and Pomona. For someone who rarely ventures outside of the Northwest Division, that proved to be a big undertaking.

“I’d never been to Pomona or Texas,” Cannon admitted. “It’s a lot different racing against people you don’t know and who don’t know you. I know most of the West Coast guys, but I didn’t know anything about the Texas racers. We did meet a lot of great people, but it was very different from what we were used to.”

Cannon needed to advance to the late rounds in at least one of those three national events or the final Division 7 NHRA Lucas Oil Drag Racing Series event in Las Vegas. He gave it his best shot, but he couldn’t score enough points to overtake Labbous, who posted a big score early in the season and then ventured west in order to act as a blocker. The championship was decided on the second-to-last day of the season when Cannon lost in the second round to Larry Bradshaw. Cannon broke out by four thousandths while Bradshaw nailed the index with a 9.907. As painful as it may have been, Cannon never let it get him down. 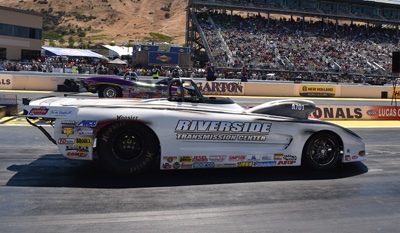 “I came back to the trailer, got out of the car, and gave my family a high five,” he said.

Cannon quickly realized that even though he had finished second, he had accomplished something special. Thanks to his four divisional wins, he racked up a nearly perfect season and scored a robust 481 points. No other NHRA Sportsman racer scored as many points on the divisional level and only Division 3 Comp champ Troy Galbraith even came close with 465 markers.

Cannon also realized that his success in 2017 was the product of a group effort that included his family as well as longtime friends, including fellow Super Gas racer Mike Shannon, Phil Gilbert, Jim Alex, Bob Johnson, Rod Stults, and the Dalrymple family.

“I had a lot of people help me this year, and we had a lot of support wherever we went,” said Cannon. “Every final I was in was exciting and I raced friends that I knew in all of them. Even the Sonoma [national event] final that I lost. I ran the guy [Evan Kowalski] who has our old car. I guess I could be disappointed by the way the season ended, but I’m not. I’m pretty happy. It was a great year,”