A tale of two tracks 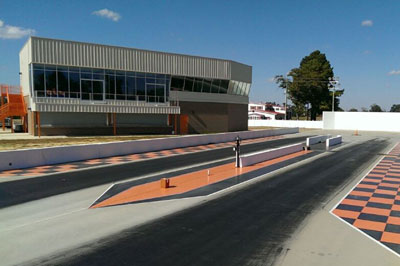 According to NHRA Division 2 Director Rich Schaefer, Earl Wells is the type of individual who always goes for the wow factor. Wells, whose business interests include a three-car Pro Mod team, has gone above and beyond for his latest venture, GALOT Motorsports Park. Wells purchased GALOT (an acronym for Get A Load Of This), the former Dunn-Benson Dragstrip in Benson, N.C., in 2015 and has made a host of improvements, including 330 feet of climate-controlled concrete, a state-of-the-art lighting system, two tower suites, a dedicated media center, more than 70 RV electrical hookups, rental garages, and a speed shop. The track also features a pair of scoreboards with high-definition-video capabilities.

“I have recently visited GALOT Motorsports Park, and I can tell you that the place resets the benchmark for what a modern drag racing facility should be,” said Schaefer. “Earl Wells is someone who doesn’t mess around. When he tells you he’s going to do something, he does it, and he does it first-class because I don’t think he knows any other way. The whole Get A Load Of This thing is no joke.

"I originally went there with the intention of having a Southeast Division National Open event, but once I saw how magnificent the place is, I couldn’t help but think that we needed to come right out and have a [NHRA Lucas Oil Drag Racing Series] race. We’re still in the planning stages, but I would expect that we’ll have a lot to offer at the inaugural race, including things like a Jr. Dragster event and a Pro Mod race.”

The addition of the GALOT event, June 3-5, gives the Southeast Division three Lucas Oil Series events in North Carolina, which has long been a hotbed of Sportsman racing action. The 2016 schedule will also include stops at zMAX Dragway in Charlotte (April 15-17) and Rockingham Dragway (Oct. 28-30). 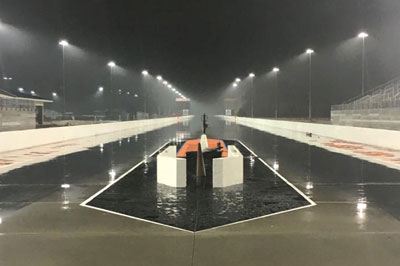 “The whole time I’ve been a division director, my goal has been to expand our footprint to include more facilities in the Carolinas,” said Schaefer. “Steve Earwood at Rockingham joined the division last year, and of course we have zMAX Dragway, which of course has a pair of great NHRA Mello Yello Series events. Now the Sportsman racers in the Carolina region have three Lucas Oil Series events in their backyard, and they also have a doubleheader weekend in Atlanta, so now these racers can compete for national and divisional championships with a minimal amount of travel. I think we’ve made it easier for racers here."

Given that a lot of events, including many major bracket races, use the eighth-mile distance, Schaefer is also excited to see an eighth-mile event back on the Lucas Oil calendar.

“We’ve seen with the Summit Racing Series just how popular eighth-mile racing is, and it makes for some extremely competitive racing,” Schaefer said. “The interesting thing about GALOT Motorsports Park is that they have the land to become a quarter-mile track, and at some point, I’d expect to see that happen, but I also think that racers will be quick to embrace the eighth-mile format. Ultimately, I see this as a stepping-stone to having perhaps a six-race National Open series in the Carolinas, which would include all eighth-mile tracks. I definitely think the interest is there.”

Fewer than 100 days remain until the 100th running of the prestigious Indy 500, and as cool as that may be, that also means there are fewer than 100 days until the JEGS NHRA SPORTSnationals makes a triumphant return to its birthplace, Beech Bend Raceway Park, May 27-29. When it was launched in 1974, the SPORTSnationals quickly became a must-attend event for NHRA’s Sportsman racers, and more than 40 years later, that certainly will be the case again.

Division 3 Director Jay Hullinger expects to have as many as 600 entries in Bowling Green, Ky., and based on the popularity of his NHRA Lucas Oil Drag Racing Series events, which routinely top 500 cars, one might even think he’s a bit on the conservative side.

“There has been an overwhelmingly positive response to having this event return to Bowling Green,” said Hullinger. “A lot of people still have fond memories of the original races there. Earlier, I had modestly said we’d have 550 cars, but I’ve had a few other people tell me that I’m very low. Some people expect to see between 600 and 700 cars, and I guess I wouldn’t be surprised if that was the case. We had 666 at the [Lucas Oil Raceway] opener in Indy last year and 570 at the Bowling Green divisional event, so that might not be too far off. The fact that racers will get a grading point for attending should also be a bonus. I honestly think this event will generate more Sportsman participation than any other event this season except for Indy.” 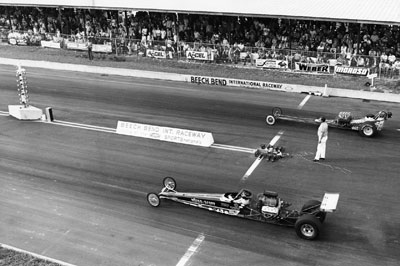 The JEGS NHRA SPORTSnationals 2.0 will pay homage to the original Bowling Green event in a number of ways. Perhaps most impressive is the return of the five winners from the inaugural event in 1974, who will be honored as grand marshals. All five champions -- Jimmy Scott (Pro Comp), Dick Krieger (Comp), Paul Mercure (Modified), Bobby Warren (Super Stock), and Joe Moore (Stock) -- remain active in NHRA Drag Racing in some form, and Mercure and Warren are Hall of Famers.

While Beech Bend Raceway Park remains one of the most scenic and historic venues in the country, the track has undergone and continues to undergo numerous renovations. Longtime track operator Dallas Jones has supervised the project that includes freshly paved entrance roads and pit areas. Jones and his crew also plan to grind the track surface prior to the Memorial Day weekend event. The adjacent water park is also undergoing extensive renovations.

“In addition to the Lucas Oil Series event and the NHRA Hot Rod Reunion, we have also had a Division 3 National Open event here in Bowling Green for the last 29 years, so the SPORTSnationals tradition has been kept alive,” said Hullinger. “The purse for this event is significant, and we’re bringing in a national event announcing crew with Alan Reinhart and Bob Unkefer as well as the D-3 TV live feed, which is very popular. We’re also planning on having shootout events for each class.

“I’m very interested to see how the 64-car fields for Top Dragster and Top Sportsman play out,” Hullinger said. “In Top Dragster, I think we could still see a 6.79 bump spot for 64 cars. We’ve had bumps in the 6.4s for 32 cars, and they continue to get quicker each year. We have a lot of fast cars in this part of the country, and when you throw in the racers who we expect to travel, it’s going to be very competitive. I feel pretty positive that we can regain some of the magic that made the original Bowling Green SPORTSnationals so special.”