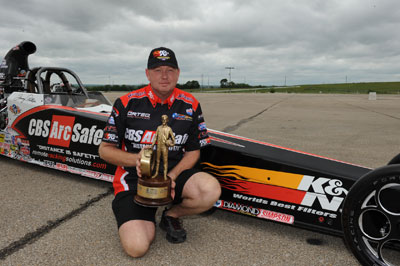 Tommy Phillips’ racing résumé reads like that of a first-ballot Hall of Famer. For starters, he has won 34 NHRA national event wins in 45 final-round appearances. Throw in another 29 NHRA Lucas Oil Drag Racing Series divisional wins, multiple Division 4 championships, and a couple of JEGS Allstars titles, and it’s easy to see why Phillips is regarded by his peers as one of the best drivers of his generation. For all his successes, Phillips still lacks perhaps the one thing he covets most: an NHRA national championship. He doesn’t necessarily lose sleep over it, but the laid-back Texan is quick to admit he’s not content to let that aspiration go unfulfilled.

“I’d be lying if I said I don’t think about it; I do once in a while,” he said. “I don’t know if ‘bothered’ is the right word for it, but I do feel like a career is ultimately measured in championships. Dan Marino is one of the best quarterbacks in NFL history in anyone’s book, but he’ll never be Tom Brady because he didn’t win a championship. Ultimately, that’s how we decide things. To be considered one of the best, you have to be the person who gets it done.

“Where do I fit in the world of Sportsman drag racing? Will it upset me if I don’t get at least one [championship]? I don’t know, but I definitely won’t think my career was a failure. I do know that I can’t work any harder or put any more effort into it. Pretty much every year I’ve left it all out there. Every year, when I drive out of the gate in Pomona in November, I don’t recall a time when I think there’s anything else I could have done as far as preparation. If I give it my best every year and it still doesn’t happen, then I can live with that.” 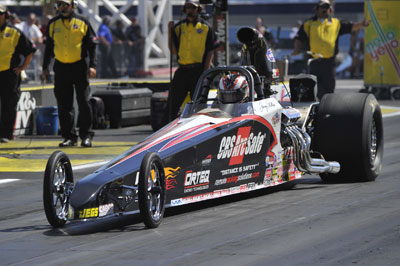 Since posting a fourth-place finish in Super Comp during the 1994 season, Phillips has had an incredible run that now includes 18 top-10 finishes in Super Comp, Super Gas, and Stock. On four occasions, he has had to settle for second place. With approximately 1,000 Sportsman racers listed in each class every season, outlasting all but one of them has to be a bitter pill to swallow.

“On one hand, I think that anyone who’s won a championship has earned it” Phillips said. “You really can’t luck your way into one. At the same time, you have to have a break when you need one. For the last 10 years or so, it seems like the person who’s won the championship is the one who gets on a roll and wins four or five races. My philosophy is to just focus on doing the best I can at every single race and hope that near the end of the season I still have a chance. Sometimes the other guy, or girl, just does a better job.”

Each close call has been frustrating, but few defeats were tougher to swallow than the 2009 Super Comp battle, where Phillips finished in third place but was just nine points — less than one round of competition — behind eventual champion Jim Perry. He’s also galled by his second-place finish in Stock in 1999, largely because his title hopes were dashed by a broken engine. 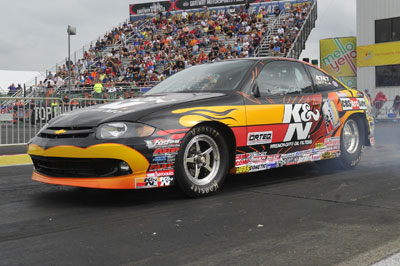 “There are two years that stick out in my mind,” he recalls. “In 2009, I had to go to the Las Vegas divisional and win the fourth round. I raced a guy who made a good run, but he left me a little room near the finish line. I ended up giving it back by two-thousandths. I mean, I wouldn’t have done anything differently, but it still hurts. I was basically a couple of inches from a championship, and that one is all on me. It was in my hands, and I didn’t get it done. The funny thing is the week before that race, Tom Bayer was leading the points and I drew him in the first round and won, so I’d already cleared a big hurdle.

“The year that I lost in Stock, I was the leader all year long, and then my motor blew up at the end of the season. I think I just needed to win two rounds; that’s just bad luck. I know it’s a race engine and things can happen, but how often does a 450-horsepower Stocker engine blow up? That’s how you know it was just Don Little’s turn. In the end, he did a better job and earned it.”

Last season, Phillips found himself in the middle of another intense points battle in the Super Comp class. After opening the season with a pair of national event wins in Las Vegas and Topeka, he kept the pressure on through the summer months with a third win in Seattle. Phillips kept his title hopes alive until the waning days of the season but ultimately settled for a third-place finish behind upstart Kevin Brannon and Mike Shannon. He was one of just four drivers in Super Comp to earn 600 points, but his total of 610 was well behind Brannon’s robust 657-point score. 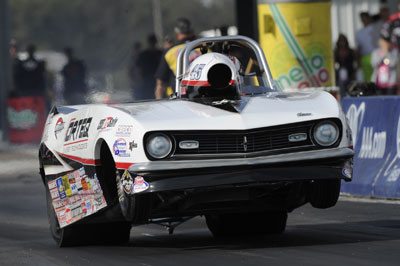 As he prepares for 2016, Phillips wonders, as he always does, if this could be the season that he finally gets to don a tux for the annual champion’s banquet in Hollywood, Calif. He won’t make any predictions, but he will acknowledge that a lot of time was spent during the offseason upgrading his program. He’s also committed to following through with a change that was made last season: racing his Super Stock Cavalier more often in lieu of his Super Gasser. Phillips also enjoys a lot of corporate support from companies like CBS Arc-Safe, Wood Racing, Orteq Energy, Capco Contractors, and his newest partner and engine supplier, Scoggin Dickey Race Shop.

“My program is very solid, but we’ve made some changes this winter,” Phillips said. “One of the most exciting deals is my alliance with Billy and Steve Torrence and their Capco company. They’ve always been a part of my team, but this year they wanted to step up their involvement. They race in Top Fuel, but they’re also very involved in Sportsman racing. I’m also looking forward to our new Scoggin Dickey engines. On the marketing side, I’m not sure that people understand what it takes to keep an operation like mine out there. It’s expensive, and I need to have good support all the time. Driving the car might be an individual moment, but there is nothing individual about what I do. It takes a lot of help.

“I’m also really excited about racing the Cavalier in Super Stock,” Phillips said. “I’ve had that car for four years and made 26 runs in it, but it’s been very good. I really want to run it a full season and see what I can do. If nothing else, it’s something different, a new challenge.”

All of the close calls and near misses he has had over the years have made Phillips understand, perhaps as much as anyone, that championships are a result of good timing and good fortune. A huge points total that might easily win a championship one year might barely crack the top five the next, which makes it hard for any racer, no matter how talented, to openly predict a championship. Still, he remains optimistic that this might finally be “the year.”

“Confidence is such a big part of this deal, and I’m going into this season really feeling good about what we’ve got,” he said. “As long as the preparation and the effort are there — and I’m sure they will be — then I’m willing to accept whatever happens.”