The Lucas Oil NHRA Winternationals presented by Protect the Harvest.com opened a new decade for NHRA’s sportsman racers, but the winner’s circle featured a lot of familiar faces and an brother vs. brother final round.
12 Feb 2020
Kevin McKenna, NHRA National Dragster Senior Editor
The Sports Report

There were eight different sportsman champions crowned during last week’s season-opening Lucas Oil NHRA Winternationals presented by Protect the Harvest.com and at least seven of them didn’t need directions to find the winner’s circle. With the lone exception of Parker Theobald, who bagged his first Super Comp title following a momentous final round against his brother, Travis, each of the other champions had previously earned multiple wins in national event competition. That list included heavy hitters like five-time world champion Justin Lamb, who collected career win No. 26 and Comp winner Doug Lambeck, who now has 14 national event Wallys on his mantle. 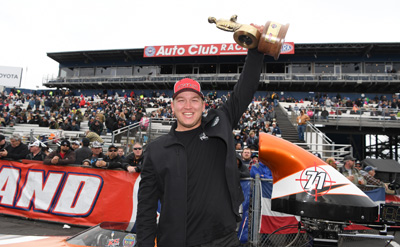 There were a number of great storylines to emerge from the 60th annual Pomona, opener including a heads-up final round in Stock but for sheer emotion, it was hard to top the Super Comp final that featured the Theobald brothers. Each seeking their first national event Wally, Parker, 19, got the best of older brother Travis, 34, who turned on the red-light by eight-thousandths in the final. A year ago, Parker claimed the Division 7 championship by two points over Val Torres.

“Yesterday was a day I will never forget,” Parker wrote on his Facebook page. “I got to race my big brother, Travis in the final of the Winternationals in Pomona. It was probably one of the coolest experiences I have ever had in a racecar. After the semifinals we knew that one of us was going to get our first National event win. I feel very blessed that I get to do what I love with my very favorite people. Thank you everyone for all the calls, text, messages because it makes it that much more special.”

To be honest, the Theobald family entered Pomona with a better than average shot at winning a title. Parker and Travis were joined in Super Comp by their brother, Tanner, while sister, Linzi Meserve, pulled double duty in Super Gas and Top Dragster presented by Vortech Superchargers. All told, there are seven members of the Theobald family who have competed in NHRA events including parents, Brent and Kari, and son Dallas. 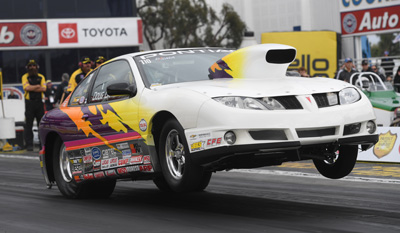 The Best of the rest: Lambeck has now won 14 national events in Super Stock and Comp and half of them have come at Auto Club Pomona Raceway. Coming off a victory at the Auto Club NHRA Finals last November, where he stopped David Rampy in the final, Lambeck reeled off another win by stopping former Stock ace Tibor Kadar. Lambeck, in his D/SMA Pontiac, sacrificed .11-hundredths in index during his round two win over Art Hodges but maintained enough of an advantage to stop low qualifier Kadar, who was down .14-hundredths in the final and fouled by three-thousandths. 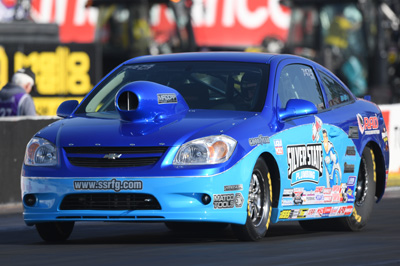 Lamb has been a consistent winner since his arrival on the NHRA scene in 2006 and he’s now got 26 wins in just 38 final rounds making him one of the best “closers” in the business. A winner in six different classes, Lamb’s most recent win came in Super Stock where he emerged from a stacked field that included eight former world champions. Following a tough semifinal battle against Dan Fletcher’s Strutmasters.com Camaro, Lamb staged his Silver State Plumbing Cobalt against Tod Haste’s GT/LA Nova in the final. Lamb left little room at either end of the track with a .002 light and an 8.873 on his 8.85 dial. Haste, who reached the final thanks to a perfect .000 light in the semi’s against Ryan McClanahan, was respectable in the final with a .019 light, but couldn’t match Lamb. 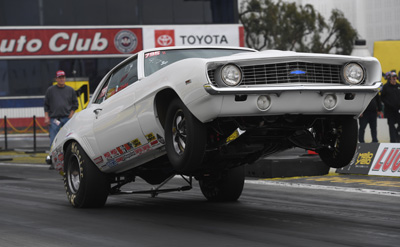 For many hardcore fans of NHRA class racing, the Stock Eliminator final was worth the price of admission since it featured a heads-up AA/SA contest between Brian McClanahan and Robert Pond. McClanahan, the 2018 Stock world champ, was wheeling his big block powered ’69 Camaro while Pond drove his equally historic 427-cid ’64 Ford Thunderbolt. Followign a pair of towering wheelstands, both cars ran deep into the nine second zone with McClanahan squeezing out a 9.721 to 9.795 victory. McClanahan, who topped Jeff Lane in the semifinal round, has now won three national event titles. 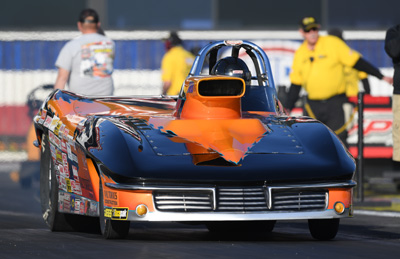 Val Torres Sr. now has seven national event Wallys including two from Pomona after his latest victory in Super Gas. Torres trailed opponent Greg Ventura off the starting line by two hundredths but turned on the win light by running a 9.929 to Ventura’s 9.899 breakout. Torres, who last won the 2017 Fall Las Vegas event, also scored wins against Damon Bustamante and Marko Perivolaris en route to the final round. Ventura, the 2012 Pomona Super Gas champ, earned his spot in the final after Gary Mignacca fouled in the semi’s. Ventura was also a quarterfinalist in Super Street. 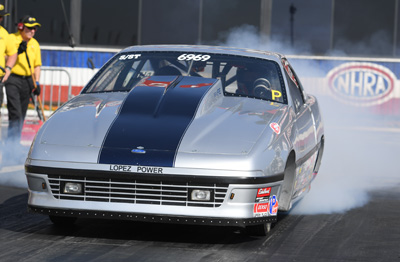 More than a decade after his last national event win in Seattle in 2009, Gary Erickson visited the winner’s circle again when he wheeled his Ford Probe to the Super Street title. Erickson, who also won in Seattle in 2005, held off final round opponent Kevin Houmard, 10.924 to a 10.891 breakout. Erickson hit the 10.90 bullseye twice during eliminations including his semifinal bye run. Houmard was also dialed into the index with a 10.907 in his semifinal win against Pennsylvania’s Larry Paden. Erickson now holds the distinction of being the first Super Street winner crowned in Pomona as the class was contested for the first time at historic Auto Club Pomona Raceway. 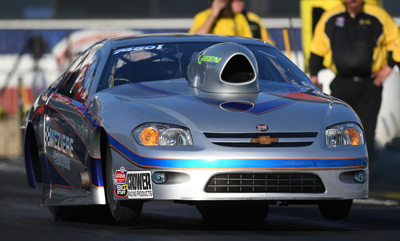 Don Meziere made a triumphant return to Auto Club Pomona Raceway, where he claimed his first national event title in Super Comp in 2014 and this time, he earned career win No. 4 in the newly rebranded Vortech Superchargers Top Sportsman class. Paired with Richard Okerman, last year’s fifth-ranekd Top Sportsman driver, Meziere drove his Chevy Cobalt to a 6.945 on his 6.92 dial to secure the win while Okerman was just two-thousandths of a second behind at the finish line with a 7.042 against his 7.03 prediction. Meziere, the No. 17 qualifier, also scored wins against Phil Dion, Bryan Warr, Joe Roubicek, and Gary Forkner to reach the final round. Meziere also won a pair of national events in Las Vegas and Sonoma during the 2016 season, beating Ed Olpin in final round on both occasions. 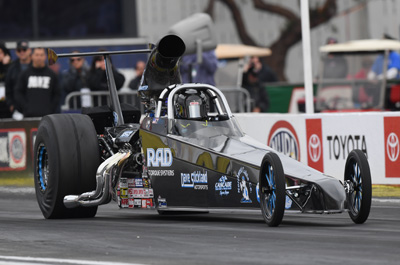 Two years removed from his championship in the Vortech Superchargers Top Dragster series, Paul Nero is still going strong and earned his fourth career win in the class by stopping Chuck Phelps in the final round. Nero gained a sizable lead at the start with a .013 light and held on for the victory with a 6.981 on his 6.97 dial. Nero was remarkably consistent throughout eliminations including a perfect 6.96 on his 6.96 dial in his quarterfinal win against Ed Olpin. Phelps was also solid in the late rounds including a .004 light that helped in his semifinal win against Steve Will’s quick 6.2-second dragster.