The Sports Report: Stinnett to win it 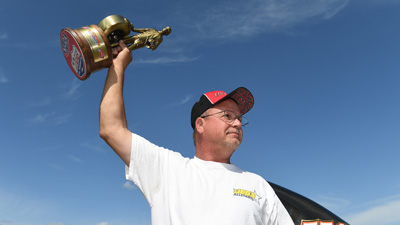 Whether its building engines, tuning carburetors, or driving his 185-mph Super Comp dragster, there aren’t many elements of drag racing that Gary Stinnett hasn’t been able to master. A former crewmember on Warren Johnson’s Pro Stock team, Stinnett’s first national event victory was a big one. In 1994, he defeated the sport’s toughest driver, Scotty Richardson, on the sport’s biggest stage, the Chevrolet Performance U.S. Nationals, and he’s never stopped winning. Today, Stinnett is a four-time national champion and he’s now reached the magical 25-win mark following his most recent victory at the Lucas Oil NHRA Nationals. Not surprisingly, Brainerd was the site of Stinnett’s most recent win since he now has five victories in the Gopher State.

“This [Brainerd] is a great place to race; I love it,” said Stinnett. “They’ve continually upgraded the facility and made it nice. It’s not 100-degrees, like it is at home [in Kansas] This is a wonderful place for a vacation, no matter how you do. When I got here, they gave me pit stall No. 62 and I was born in 1962, so that had to be good luck.”

Stinnett may have needed some good fortune to get through six tough rounds, but his talents were also on display, particularly in the final, where he was nearly unbeatable with a .007 light and an 8.910. Opponent Tyler Bohannon, the 2016 JEGS SPORTSnationals champ, was on time with a .012 light, and then broke out with an 8.894.  A round earlier, Stinnett had to face two-time world champ Luke Bogacki and came away with a narrow double-breakout victory, 8.886 to 8.86. 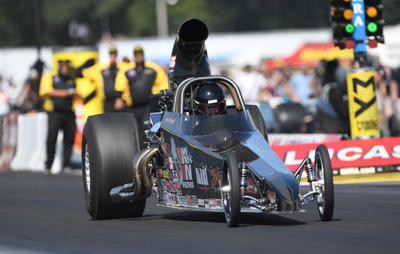 “I knew on Saturday that I had to run Luke, so I got to sleep on it all night,” said Stinnett “He’s one of the best drivers in sportsman racing, period so that made for a sleepless night. We were doing our burnouts, and I noticed that the tailwind picked-up immensely, so I slowed my car down, and then let him have the stripe and it worked out in my favor. Some people think [Super Comp] simple class; just let go of the [transbrake button] and run 8.90, but there is a lot of strategy, and a lot of math involved.”

Stinnett has national event wins in Super Stock, Stock, and Super Gas, but his bread-and-butter class remains Super Comp, which is where he’s won all four of his Lucas Oil Series championships. He’s also bullish on the success of his 185-mph Ray Miller-built dragster.

“Ray Miller Race Cars built me a fabulous car,” Stinnett said. “We also made a change this year to Mickey Thompson Tires and they’ve been great. This was a perfect weekend. It can’t get any better.” 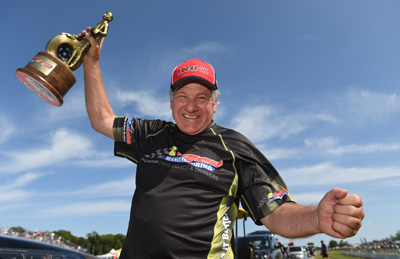 The best of the rest: It took much longer than anyone expected, but Jim Greenheck finally joined the ranks of NHRA national event champions when he drove his C-Tech Manufacturing D/AA Camaro to a final round victory against Shaun Vincent’s C/TA S-10. Coming off a perfect .000 light in the semi’s, Greenheck kept the pressure on with a .007 in the final and ran a (-.587) 7.543 for the win over Vincent’s quicker (-.592) 8.388. Both drivers managed to avoid CIC penalties on their way to the final round. Greenheck had previously been a runner-up twice in national event competition, both times against Greg Kamplain. 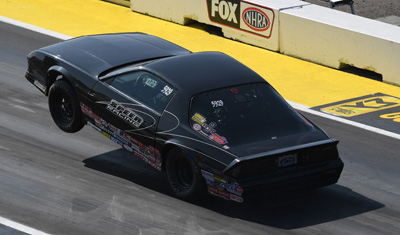 Brett Speer came within one round of joining the exclusive fraternity of drivers who have doubled-up at a national event when he earned a win in Super Stock and a runner-up in Stock at his home event in Brainerd. Speer got the job done in Super Stock when he defeated low qualifier Jason DeForrest in the final round. Speer’s .02-over 10.16 turned on the win after DeForrest broke out by .011-second in his GT/CA Cavalier. Speer punched his ticket to the final after Dan Zrust fouled while DeForrest stopped reigning Division 5 champ Wyatt Wagner in the other semifinal. 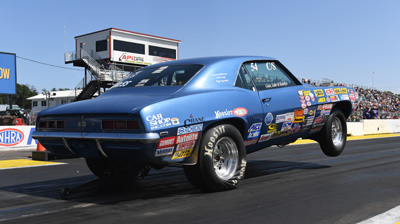 The fine art of four-speed driving isn’t lost on Chris Knudsen who shifted his way to his first national event title behind the wheel of his C/S ’69 Camaro. Knudsen ended Speer’s hopes for a double in the Stock final with a solid package that included a .002 light and a 10.608 on his 10.59 dial. Speer broke out by .011-second for the loss. Knudsen, who’s late father, Roger, won the Brainerd race in 1998, stopped Ryan Hutar in the quarterfinals and then defeated Hannah Line, the niece of Brainerd Pro Stock champion Jason Line, in the semifinal round. 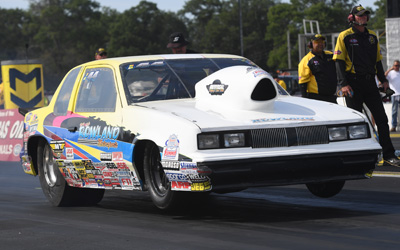 When Vernon Rowland staged for the Super Gas final and saw his opponent was 2017 Pro Stock world champ Bo Butner, it didn’t do a thing to change his mindset. Rowland left the starting line within .002 of Butner and held on for the win in a close double breakout. 9.876 to 9.871. Rowland, who won the Super Comp title earlier this year at Houston Raceway Park, was even more impressive in the semifinal round where he used a .000 light to take out Robert Rowan. 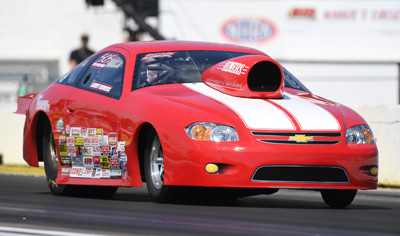 Larry Demers rebuilt his Chevy Cobalt following an on-track incident in 2018 and drover it to the Lucas Oil NHRA Nationals victory in Top Sportsman presented by Racing RVs.com. Demers was also nearly-perfect off the starting line with a .009 light, and powered to a 7.063 on his 7.05 dial to turn on the win light. Opponent Curt Fredrich wasn’t far behind with a 6.701 on his 6.68 prediction. Demers was fantastic in the semifinals with a .017-second package that held off the 230-mph Camaro of low qualifier Jeff Connelly. 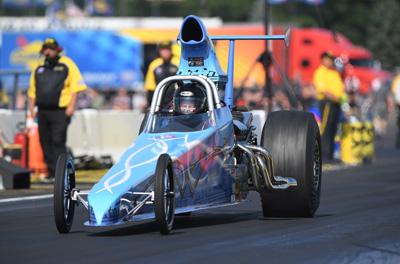 A decade after winning the Super Comp title, Henry Wiebusch returned to Brainerd to capture the win in Top Dragster presented by Racing RVs.com. Weibusch was eight-thousandths behind Luke Bogacki at the start but turned on the win light with a 7.159 on his 7.15 dial to a .019-over 7.36 for Bogacki. Weibusch earned his spot in the final with a win against low qualifier Phil Dion while Bogacki topped John Biagi in the other semifinal.