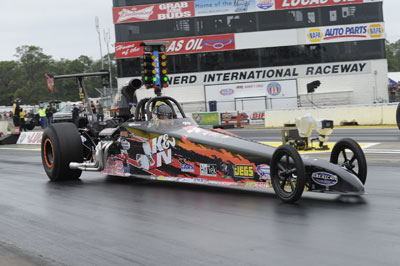 A full season of racing can be long and arduous, even for the most die-hard Sportsman racer, and few could blame any individual who elects to devote the winter months to relaxing, watching football, or whittling down a long-overdue list of “honey-do” projects on the home front. Putting racing, and all thoughts of racing, on the back burner might well be effective for some drivers, but for most drivers, the reverse is true. Most consistent winners believe the key to on-track success usually begins with a thorough game plan that starts in the offseason. From a mechanical, organizational, or psychological standpoint, a driver can do many things to improve his or her results, even if snow is falling and the nearest open dragstrip is thousands of miles away.

When it comes to preparation and using downtime effectively, perhaps no one is more qualified to speak on the subject than Luke Bogacki. A two-time NHRA Lucas Oil Drag Racing Series champion and winner of countless big-money E.T. racing events, Bogacki also operates his own online racing school at www.thisisbracketracing.com. He also shares a lot of valuable information on his Facebook page, Luke Bogacki Motorsports. Finally, Bogacki resides in Carterville, Ill., approximately 100 miles east of St. Louis. Carterville averages a modest 13 inches of snow each winter, which means that Bogacki has at least a couple of months of downtime that he can use to better his program. Following are Bogacki’s top five suggestions for a productive winter.

RECORD KEEPING
Gathering data, whether logging your own runs or those of your opponents (or both), is an essential part of almost any winning strategy. That being said, having data is one thing, but knowing how to use it effectively is quite another. For Bogacki, the winter months are the perfect time to analyze runs from the previous season and make adjustments as necessary.

“I always like to take some time and do an in-depth statistical analysis of my results in both of my [Super Comp and Super Gas] cars,” Bogacki said. “I break down each run and try to use that information to form my strategy. I like to go back and see if what I thought was the right approach is verified by the numbers. For example, I want to know how often I had the better light, and how often did I win when I did? I also want to weigh that information against how many red-lights I had. Let’s say I find a comfortable place to set up on the Tree, and I have a .000 light. Should I add .005 or .010? What’s the optimum number? You can easily look at your past runs and spot a trend, and you might find you needed to make an adjustment. The same goes for the finish line. How often did I take the stripe? How often did I give it back? What was the result of each?”

While Bogacki spends most of his time analyzing his own runs, he also admits that it can be beneficial to study possible opponents in certain situations.

“It’s hard to look at all of your possible opponents because that number might be in the hundreds,” he said. “Then again, if, for example, you’re planning on racing Super Comp or Super Gas in Division 4, there is a good chance that you’re going to have to race someone like Tommy Phillips at some point, so it’s probably wise to take a look at his runs and think about how you might race him.” 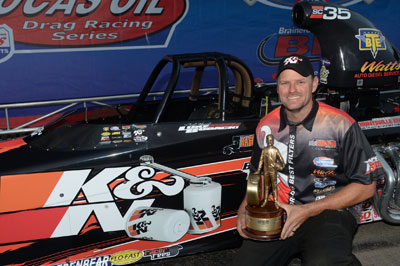 MAINTENANCE
Proper vehicle maintenance is an essential part of any racer’s preseason preparations regardless of how quick or fast a particular vehicle runs. From a simple oil and transmission-fluid change to a complete engine overhaul, nearly everyone agrees that starting a season with fresh parts is the best way to prevent future mishaps. While most racers probably have this department well covered, Bogacki is quick to point out a few details that some might have missed.

“On my cars, I always strip them down to the bare frame and inspect every inch of them,” he said. “I’m looking for anything that might cause a problem, from a cracked weld to a loose wire connector. I usually replace things like heim joints and springs, just so I know that I’m starting the year fresh. I probably get a little carried away here because I don’t just clean my cars, I also wax the body panels on my dragster inside and out because that makes it easier to remove rubber and dirt later on. I also wax the frame for the same reason.”

To some, the term maintenance can also mean upgrades. For example, a Top Dragster racer who can only run in the 6.6s might have a hard time qualifying at some of the quicker events, so it might be necessary to add a bit more horsepower. The same applies to Comp, Super Stock, and Stock racers who run the risk of getting beat in a heads-up run.

Finally, Bogacki points out that a regular maintenance routine isn’t just limited to race cars. It should also include motorhomes, trucks, trailers, and support equipment.

“I change batteries in almost everything I own during the winter just as preventative maintenance,” he said. “Obviously, you also want to make sure that things like generators, battery chargers, and air compressors get serviced. A lot of times, it seems that when one of them goes bad, it does so at the worst possible time.”

PRACTICE
Depending on where you live and how often you race, the offseason can be painfully long. To make matters worse, many racers based in cold-weather areas are home shoveling snow while their Southern-based competitors are racing year-round. The jealousy factor aside, those who race year-round figure to have a big edge over the competition because they’ve gained valuable seat time. If a road trip to Florida, Arizona, or California isn’t in the budget, one way to mitigate the damage is to use a practice Tree or a driving simulator.

“Obviously, my focus is mainly on NHRA Super Comp and Super Gas racing, but before my first race, I try to get out and hit a few bracket races,” said Bogacki. “Nothing will help sharpen your skills like a three-day bracket race where you can double enter and maybe make 30 or more runs during a weekend. One thing that everyone can do is to review their past results and take some time to really think about strategy.

“I also know there is really no way to practice finish-line driving, but there are always practice Trees that will help you work on your starting-line routine. Personally, I was never a big advocate of practice Trees; I used to mainly just work on my bottom-bulb timing, but this winter, I’ve had a renewed focus. I have a full-size practice Tree that is hooked to my car. I focus mainly on my mechanics and breathing techniques and things like that. Last year, I noticed a bit of a discrepancy that I think can be eliminated. I’ve also started a challenge group on my Facebook page. There, I will help walk anyone through a practice Tree routine and challenge them to show off their results after two weeks. It’s really a neat deal.” 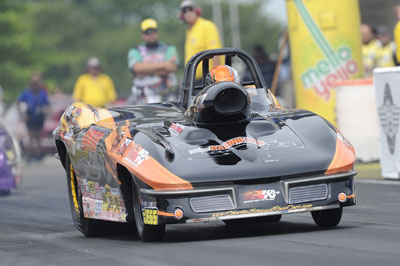 SCHEDULING
The NHRA national, regional, and divisional schedules have been posted for several months, and by now, most local tracks should also have a good idea about their 2016 calendar. That means that racers should by now have a basic idea of which races they’ll be attending this season. A set schedule can be important for a number of reasons, not the least of which is making sure pre-entries are submitted in a timely manner for those who compete at NHRA Mello Yello Drag Racing Series national events.

“I try to keep a bit of flexibility, and most of us are restricted in how many events we can handle, but I do think it’s a good idea to try and map out your season beforehand,” said Bogacki. “Obviously, most of us try to run the events that are closest to home, but I also have a rule of trying not to race more than two consecutive weekends. Sometimes that is inevitable, but I’ve found that taking a break for even one weekend helps keep my mind fresh. I never thought I’d enjoy anything as much as I like being at the track, but those little breaks have been good for my results. Obviously, if you’re on a hot streak, you want to keep going, but as a general rule, I try not to get too burned out.”

Bogacki also cautions about trying to cherry-pick, and by that, he means choosing events that might seem less competitive or have smaller fields than others.

“You might think you’re being smart by avoiding the bigger races and concentrating on some others in different parts of the country, but I’ve found that none of them are easy to win. And, with any race that has less than a full field, you’re going to shortchange yourself in the points if you don’t win. At the end of the year, the difference between an 84-point runner-up and a 94-point runner-up might mean the championship.”

ORGANIZATION
Bogacki’s final suggestion is one that can benefit any racer, and it doesn’t necessarily have to be implemented during the offseason. He stresses that organization and preplanning should be a vital part of any winning operation.

“I really go out of my way to organize my trailer and all my support equipment,” he said. “First, you should inventory your parts and decide what you want to keep and what might be worth selling. More importantly, you want to think about the things you might need at crunch time. Should you invest in a spare water pump? And, if you do, you should make sure it fits and has the right wire connector so you can swap it quickly between rounds.

“Last year, I watched Jason Lynch change an engine in 55 minutes between rounds at a national event,” said Bogacki. “Obviously, he was very organized, or he’d never have gotten it done in time. I have a small toolbox that has everything I need to work on my valvetrain. I have another that has all the tools I need to change a transmission and converter. When I grab either one of those boxes, I know I have the right tools for the job and don’t have to go hunting around the trailer. If that can help save you even one time during the year, it’s well worth it.

“In the end, I think this all comes down to mindset. The racers who constantly excel are the people who live and breathe it. They are usually ahead of those who just do it for a hobby. The bottom line is that this is just like anything else in life: The more effort you put in, the more results you’re going to get out of it.”