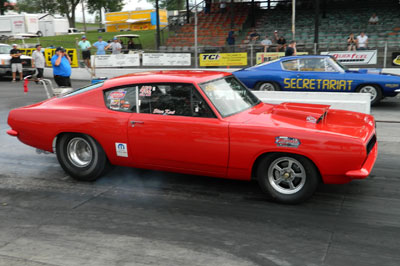 On a weekend when a reported 350,000 people attended the 100th running of the Indy 500 and NASCAR’s finest battled it out for 600 miles at the Coca-Cola 600, a huge field of NHRA Lucas Oil Drag Racing Series competitors celebrated the long-awaited return of the JEGS NHRA SPORTSnationals presented by Quick Fuel to its ancestral home at Beech Bend Raceway Park. Though the SPORTSnationals may never attract the sort of mainstream attention that Memorial Day weekend events in Monaco, Indy, or Charlotte get, the Bowling Green, Ky., winners, each of whom collected a special-edition copper Wally, could easily argue that their wins were every bit as hard-fought and meaningful.

More than 24 hours before the first car was scheduled to turn a tire, it was obvious that the plan to return the SPORTSnationals to Kentucky was going to be successful. Seemingly for miles, the winding access roads surrounding the track were clogged with motorhomes, trucks, and trailers, some from as far away as Nevada or California. The early parking issues delayed Friday’s scheduled start by a few hours, but after that, it was mostly smooth sailing for the rest of the weekend, with the field of 585 starters whittled to eight champions early Sunday evening.

Built as a campground in the late 1800s, Beech Bend Raceway Park is today a true multipurpose facility with a dragstrip, oval track, campground, amusement park, and water park, which help create the family-friendly environment that promoters Dallas and Alfreda Jones have tried to foster since they bought the facility in the mid-1980s. The track’s other trademark feature, covered grandstands, is also welcomed by the fair number of race fans who came out for the occasion.

Although the JEGS NHRA SPORTSnationals is designed as a showcase for NHRA Sportsman racers, at least one of the champions crowned has extensive experience as an NHRA Mello Yello Drag Racing Series Pro. Steve Kent, who spent the better part of the last decade in Pro Stock, drove his Hemi-powered ’68 Barracuda to a victory in Saturday’s Hemi “Chootout” event. Created as a tribute to longtime Division 4 Mopar racers and Cajuns Tim Hebert and “Big Joe” Teuton, Kent honored his late Louisiana neighbors with a strong performance that included an 8.55 to 8.90 final-round win over yet another Louisiana racer, Doug Fassolare. 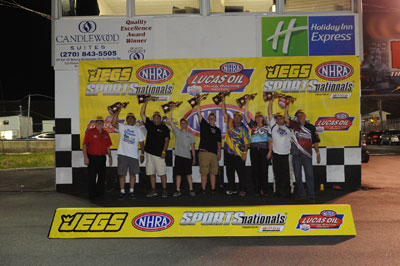 “That felt pretty good; we had a pretty good car, and I think I did a decent job driving, and we got it done,” said Kent. “I enjoyed racing in Pro Stock, but I really like this [SS/AH] Hemi class. There are a lot of good guys who race these cars, and they’re fun to be around. I’m really looking forward to Indy [the official Mopar Hemi Challenge] now.”

After a rough start, including back-to-back round-one losses at his first two Lucas Oil Series events, it appears that Bourgeois’ title defense is back on track. Bourgeois has climbed to No. 7 in the Comp standings and still has plenty of time to make a run at a second straight title.

With eight wins, Bourgeois was the most experienced champion crowned in Bowling Green. The least experienced was Stock winner Houston Raikes. A student at Marion County High School in Bradfordsville, Ky., Raikes won’t celebrate his 17th birthday for another five and a half months. Not only was the SPORTSnationals his first NHRA event in Stock, but it was also reportedly his first quarter-mile drag race. 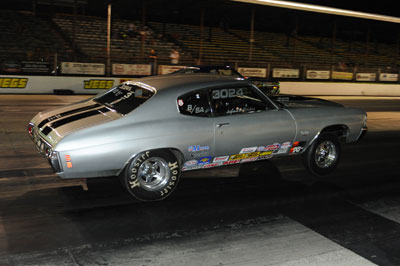 With 144 drivers fighting for 128 qualifying spots, Stock was by far the biggest field in Bowling Green. Raikes had no trouble making the field, and his ’71 Chevelle helped carry the day in a big heads-up B/SA clash against Rusty Hall’s Mustang in the semifinals. Raikes, who also defeated past Super Gas national champ Jeff Lopez, finished the job with a narrow win over past JEGS NHRA Northern SPORTSnationals winner Craig Marshall in a final round that was decided by just six-thousandths of a second.

“The feeling of winning a national event is unreal,” Raikes posted on his Facebook page. “Nobody, even myself, [predicted] me going to the finals and winning, but somehow, I kept it together and pulled it off. It's so great to have friends and family there with you to celebrate it. Hopefully many more to come.”

Danny Nelson, the winner of the Top Dragster presented by Racing RVs title, is older than Raikes by more than four decades, but he experienced the same feeling of elation after winning his first national event title. An accomplished high-stakes bracket racer (and poker player), Nelson operates Racecraft Chassis in Batesville, Ark. Driving one of his own homebuilt creations, Nelson made the difficult task of bracket racing a 220-mph dragster look easy when he wheeled his ProCharger-equipped entry through five tough rounds, including the final against fellow chassis builder Bob Mandell III, who had to lift off the throttle when his car spun the tires just off the starting line.

“I’ve only run maybe 12 to 15 national events in my life, but that doesn’t mean that this copper Wally doesn’t mean a lot to me,” said Nelson. “I’ve wanted one for a long time. I’m coming up on 60 years old, and I was starting to wonder how much time I had left to get this done. These races aren’t getting any easier to win.”

The feeling that they had been a part of something very special was undoubtedly experienced by the rest of the Beech Bend champions, including Brad Zaskowski (Super Stock), Tyler Bohannon (Super Comp), Craig Anderson (Super Gas), Michelle Furr (Super Street), and Jerry Albert (Top Sportsman presented by Racing RVs). It took 30 years for the SPORTSnationals to make it back to Bowling Green, but in the wake of one of the most successful events in its history, it appears that it was well worth the wait.