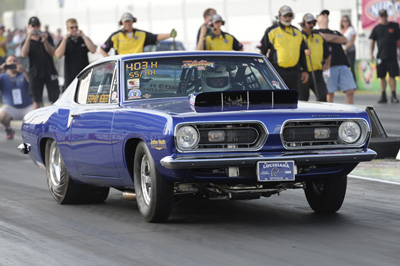 The Mopar Hemi Challenge is a tradition-rich event that dates back to the original muscle-car wars of the 1960s and features heads-up competition between '68-model Dodge Dart and Plymouth Barracuda factory race cars, the forerunners of today’s Pro Stock cars.

Charlie Westcott Jr., who for more than a decade was the undisputed king of the Mopar Hemi Challenge, has moved on to Pro Stock, which has opened the door for other competitors to shine. One of those competitors was engine builder Lloyd Wofford, who claimed an emotional victory in last year's event. Wofford should again be among the favorites this season, but with more than 20 entries in the field, a repeat victory will be difficult. 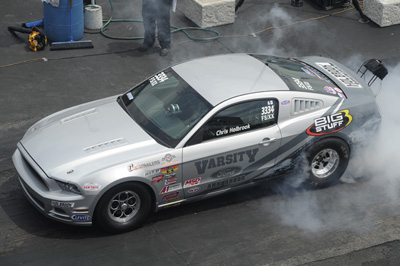 While the Mopar Hemi Challenge honors the rich history of factory involvement in NHRA racing, the SAM Tech Factory Stock Showdown is a showcase event for modern factory muscle cars, including the Dodge Challenger Drag Pak, Ford Cobra Jet Mustang, and Chevrolet COPO Camaro factory race cars that have continued to gain in popularity in the last decade.

So far this season, David Barton is undefeated in the three Factory Showdown events, held in Gainesville, Englishtown, and Norwalk, but Barton's season won't be complete unless he completes the sweep in Indy. Standing in his way is a strong field of supercharged machines, including a new Dodge entry driven by two-time and reigning NHRA Mello Yello Pro Stock world champion Erica Enders.