Hop into the Nitro Time Machine for a look back at the final rounds at the 1993 Mile-High Nationals featuring Mike Dunn vs. Doug Herbert, Cruz Pedregon vs. Gordie Bonin, Bob Glidden vs. Warren Johnson, and Dave Schultz vs. John Myers.
Nitro Time Machine

As the calendar turns to July, we’re rapidly approaching the midway point of the 2022 season. So far, the show has been spectacular with record-setting performances, surprise winners, and dominant performances by championship favorites. To that end, we’ve polled a handful of NHRA insiders and come up with our mid-season awards.
Feature

The explosive power of a nitro Hemi, exposed in slow motion!

The torque and power produced by a 500-cid nitromethane-burning Top Fuel Hemi come from the massive cylinder pressures pushing down on the pistons. If not contained, that pressure will escape the combustion chambers (in this case through the head gasket) and cause devastating results.
Feature

Top Fuel’s Josh Hart will be taking part in his first Western Swing, but his veteran team, led by Ron Douglas, is getting the R+L Carriers team well-prepped in advance of the Swing-opening event in Denver.
Feature

Now in his third season back in the seat racing for Wallys after a nine-year hiatus, Doug Foley is more committed than ever to bringing the Foley Lewis Racing program to the next level.
News

Altered States: Fear and loathing (and a lot of thrills) on the quarter-mile

It was the summer of 1984, and the challenge was laid down: Could a wannabe-race-car-driver transform from journalist into quarter-mile hero? First of two parts.
DRAGSTER Insider

'I was bracing for a bad one.' Ron Capps recounts scary near-collision in Norwalk

Ron Capps and opponent Dale Creasy Jr. nearly collided in round one of Funny Car at the Summit Racing Equipment NHRA Nationals after Creasy lost traction and veered into Capps' lane. The reigning world champ recounts it all for NHRA.com readers.
Feature

The new issue of NHRA National Dragster magazine, spotlighting coverage from the NHRA New England Nationals and NHRA Thunder Valley Nationals and packed with other features on NHRA Sportsman racers, is available online and in the mail to NHRA Members around the world.
News

Rob Flynn and Erica Enders: A Whole Lot of Winning Going On

Take an unfiltered look behind the scenes as Mike Salinas, Robert Hight, Erica Enders, and Angelle Sampey celebrate their victories with crewmembers at the top end after the Summit Racing Equipment NHRA Nationals.
Feature 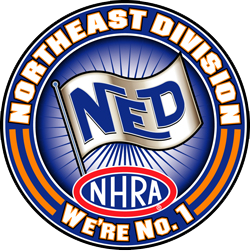 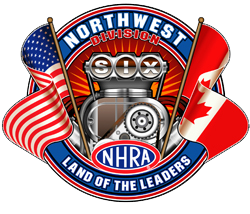