He was known by many names, from "The Texan" to "The Thrill," but it's certainly easier to just call Eddie Hill (and his wife, Ercie) one of the most popular racers of the 1990s.
13 Apr 2020
Phil Burgess, NHRA National Dragster Editor
Gallery 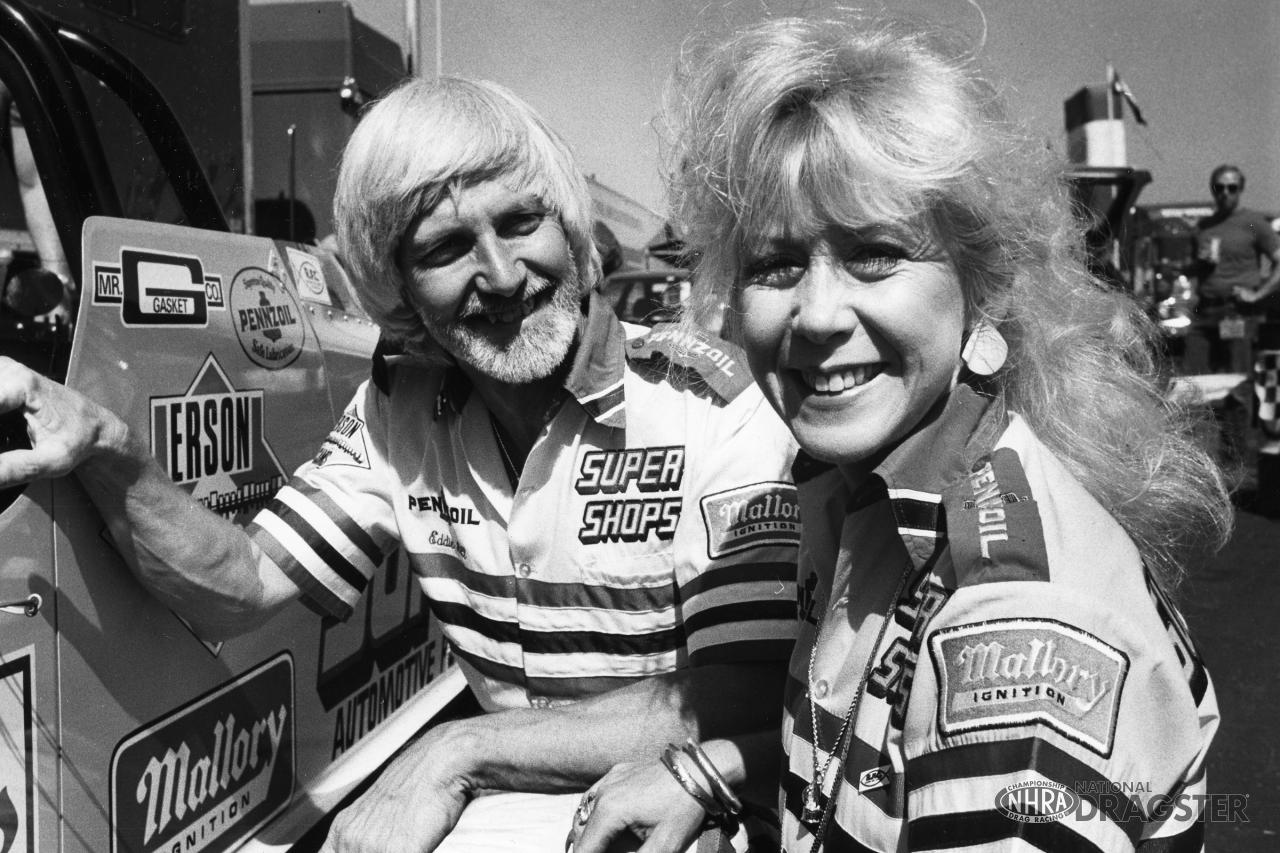 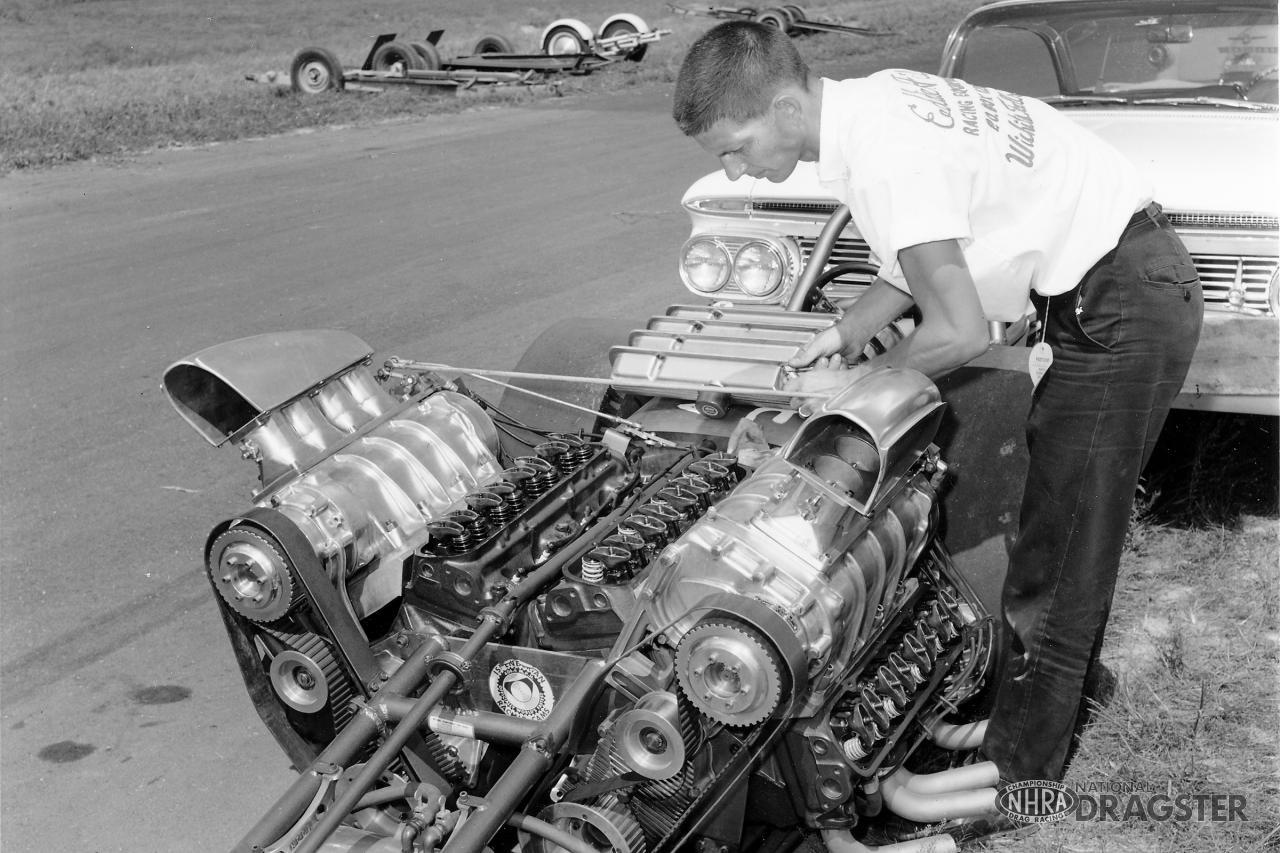 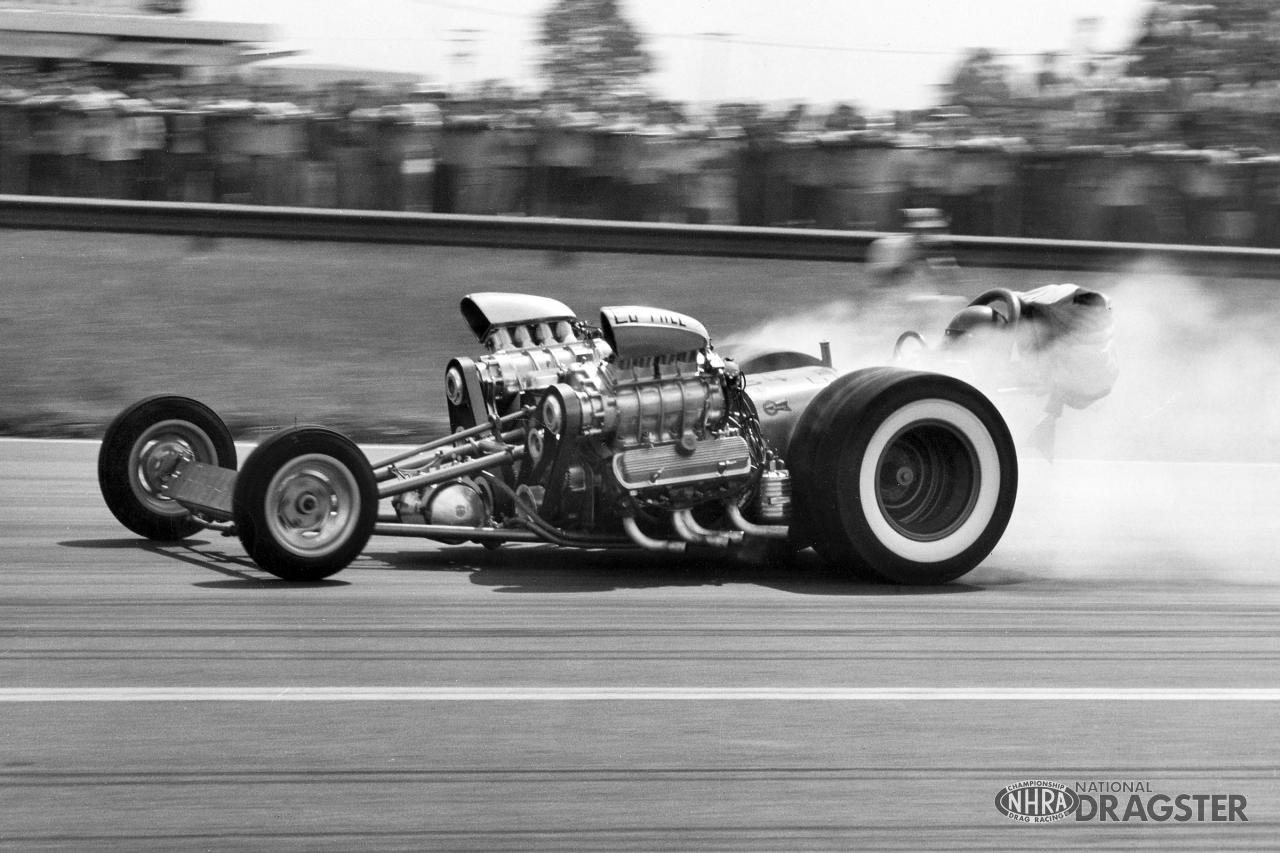 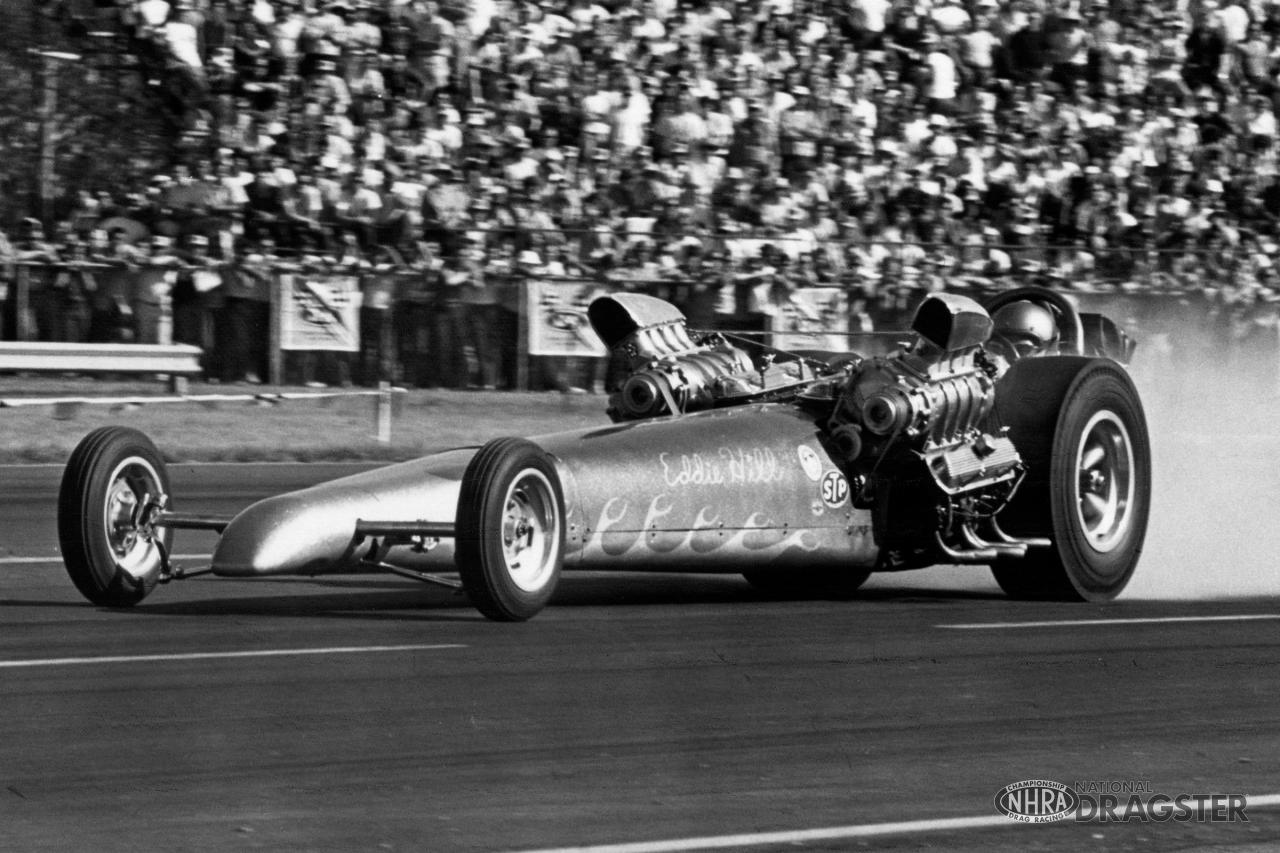 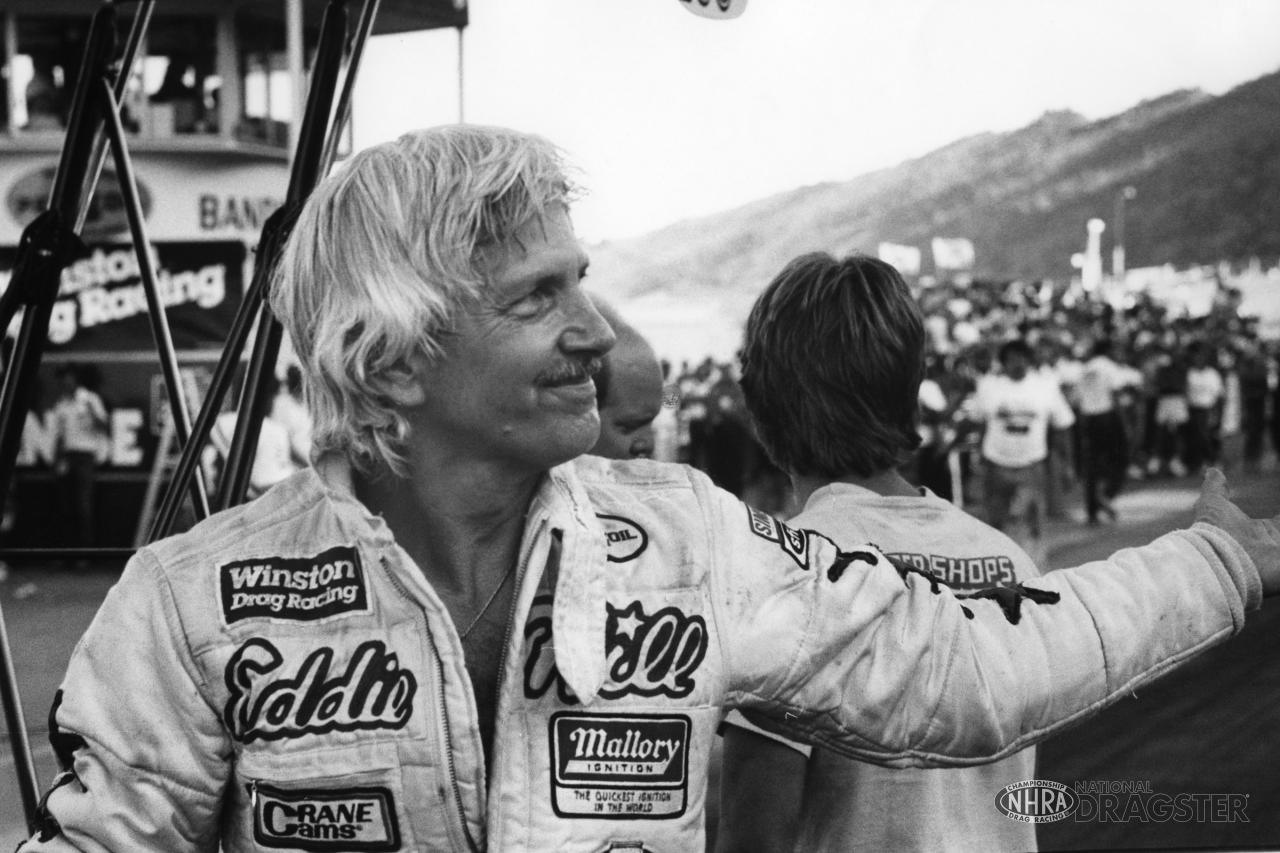 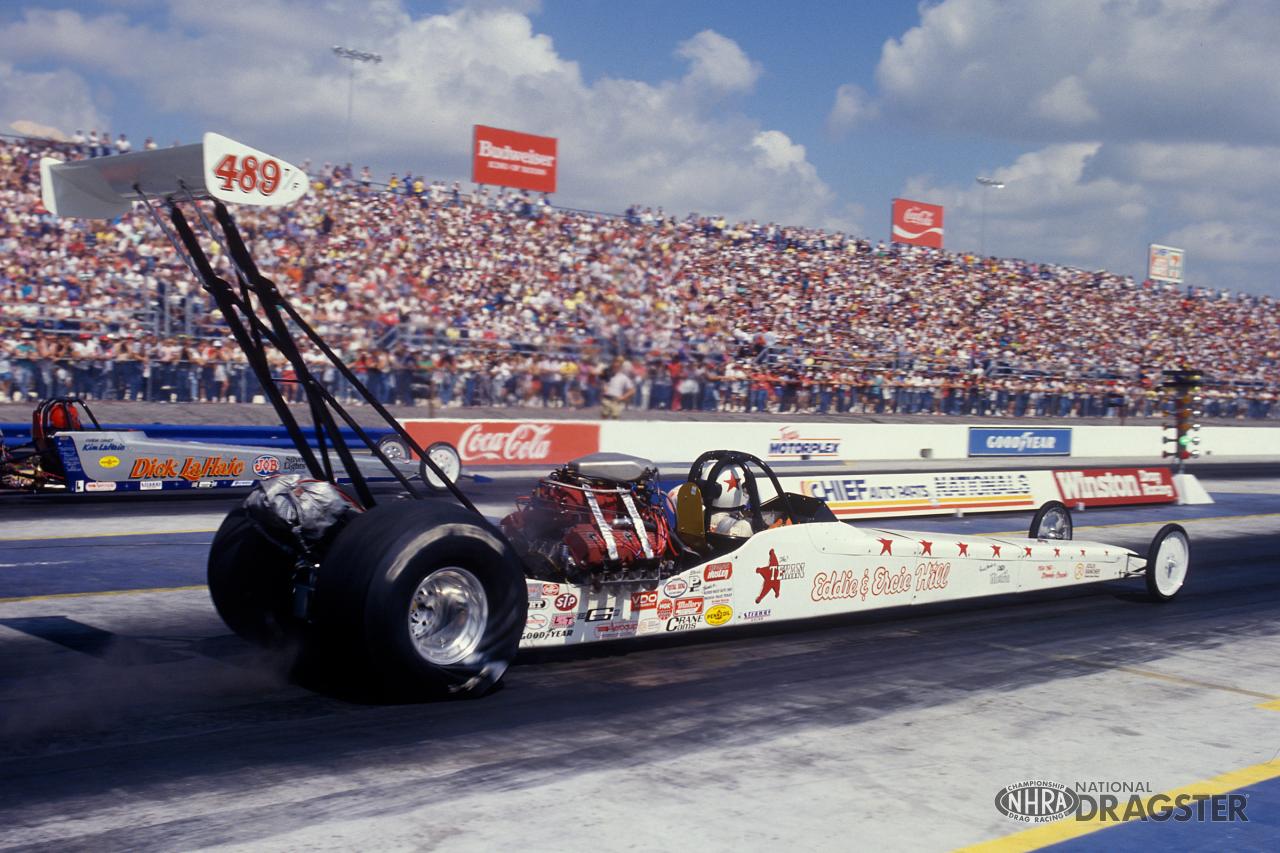 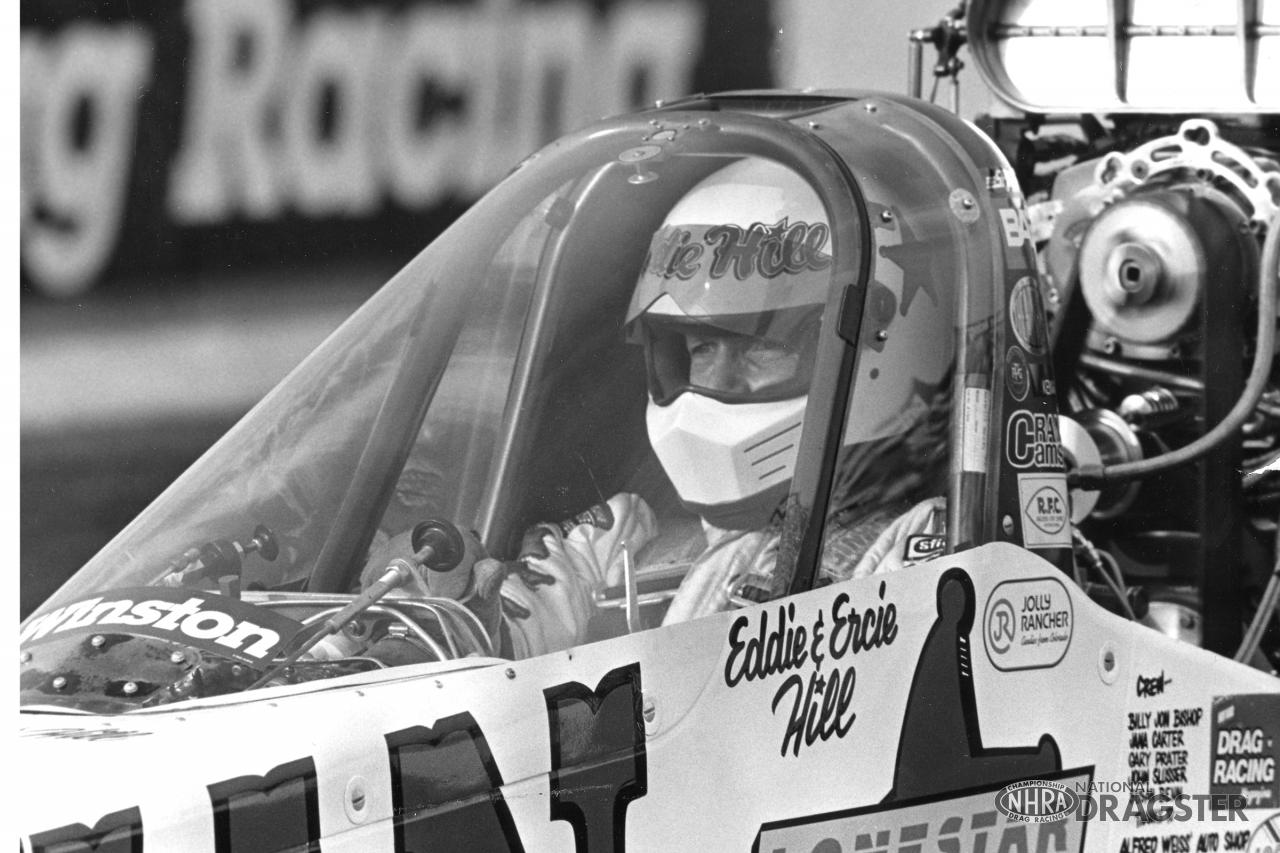 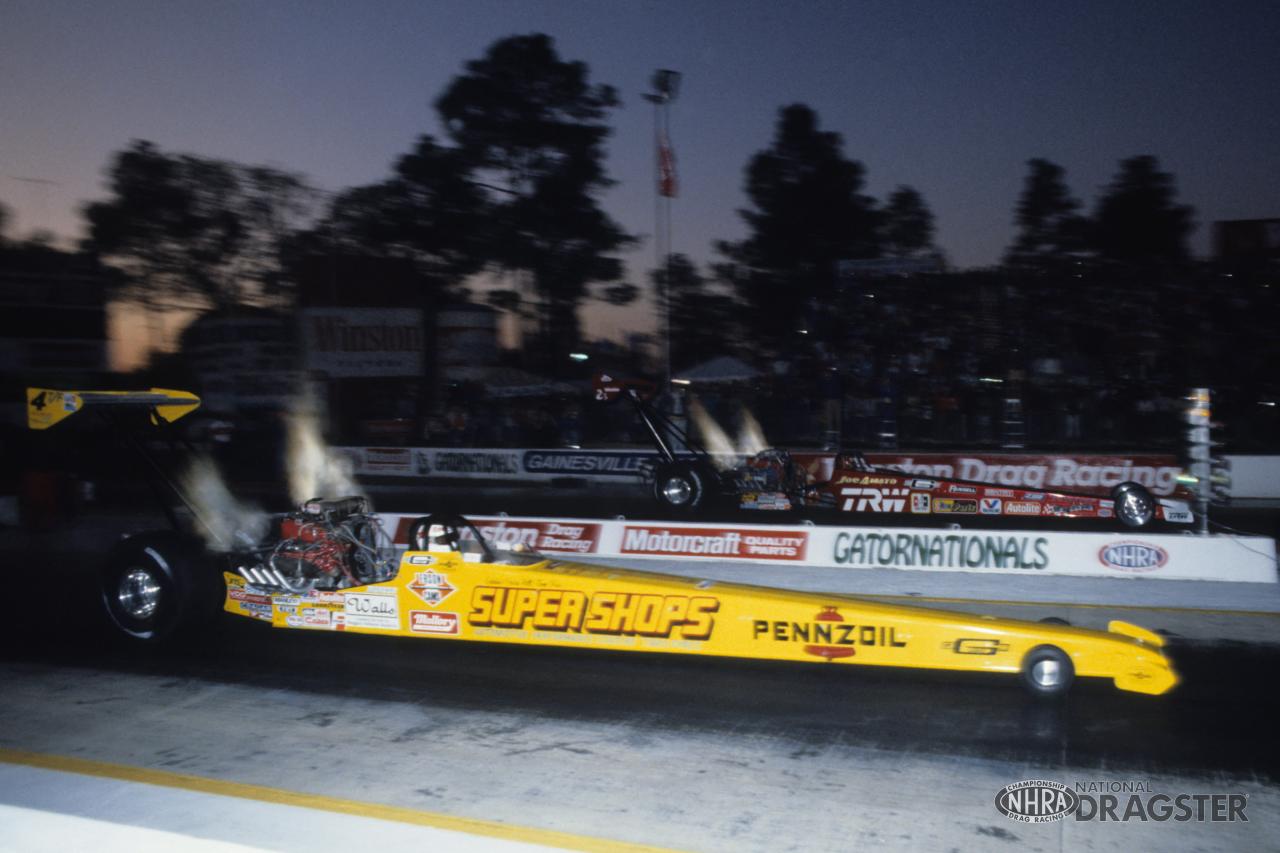 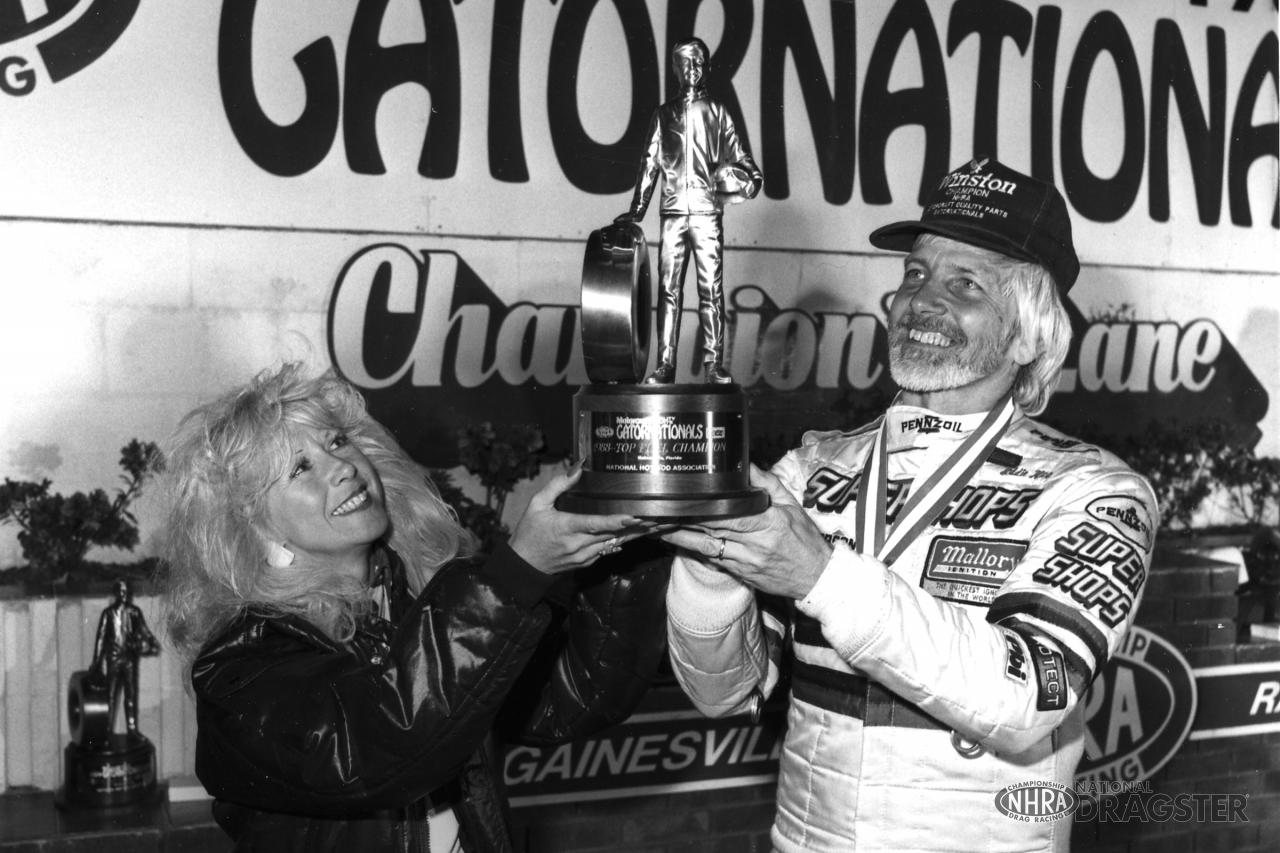 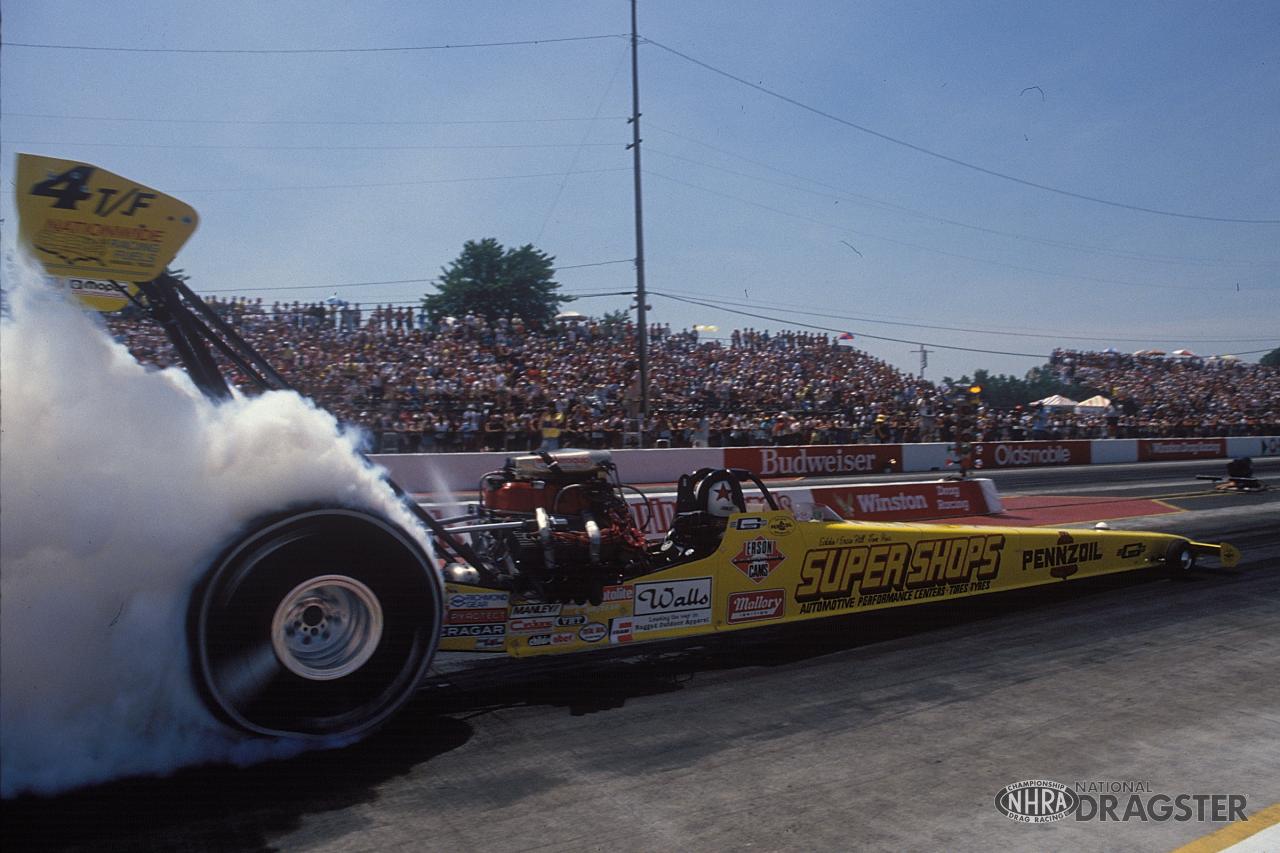 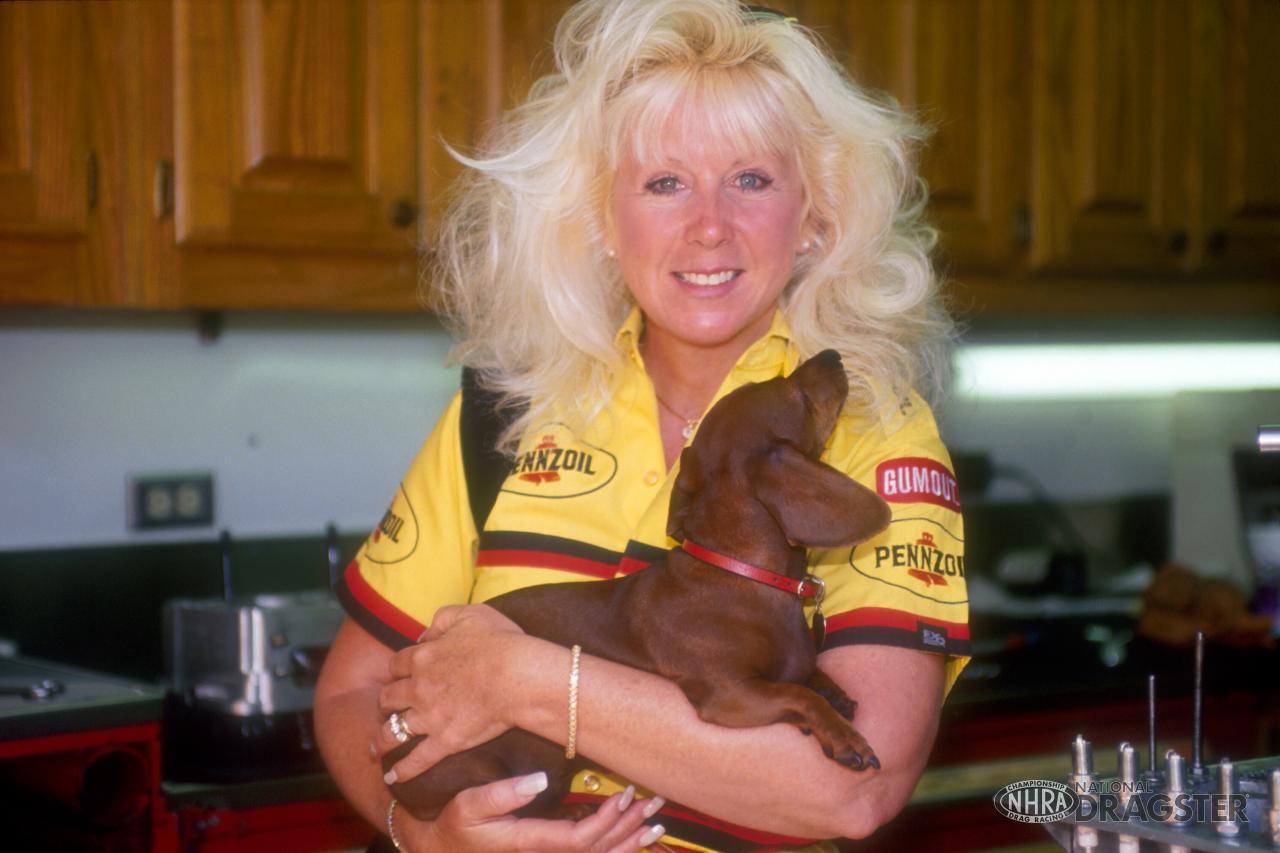 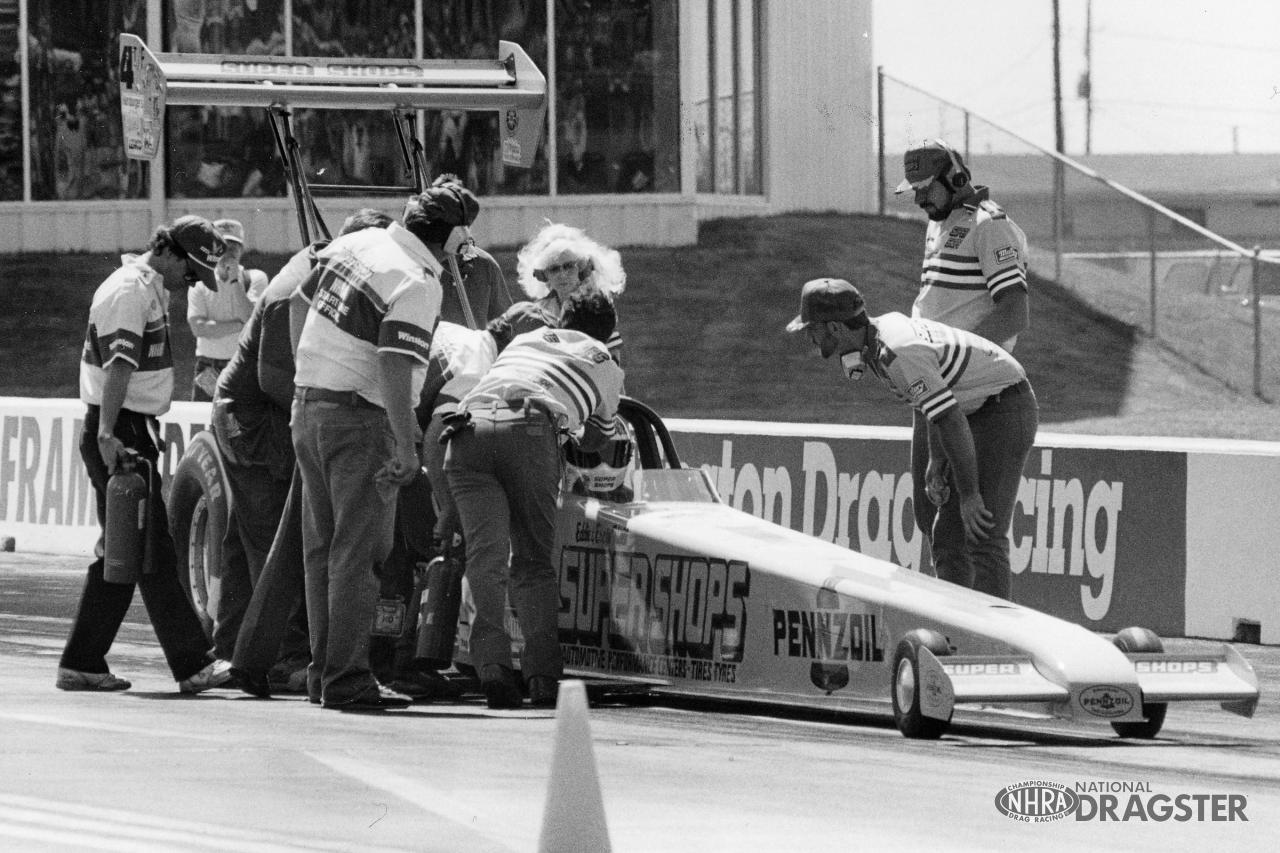 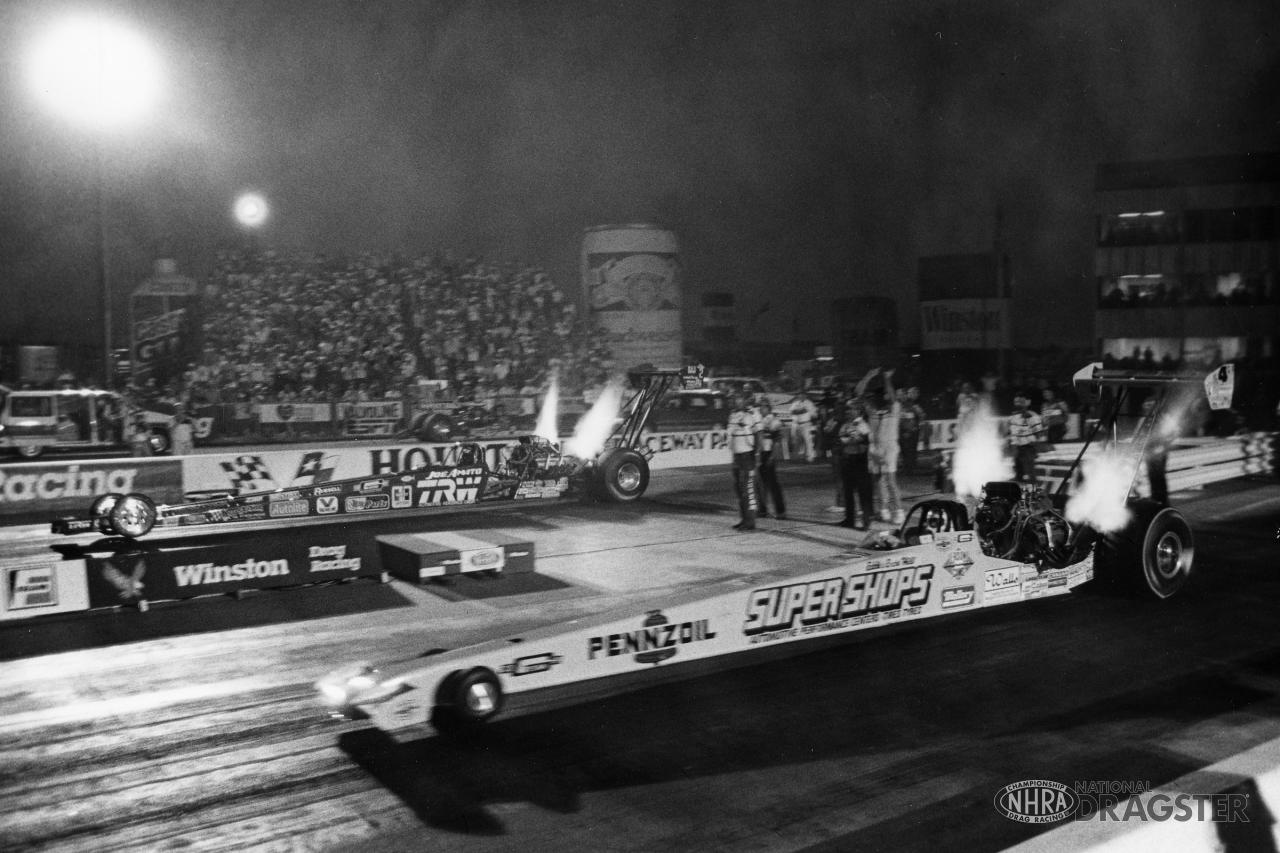 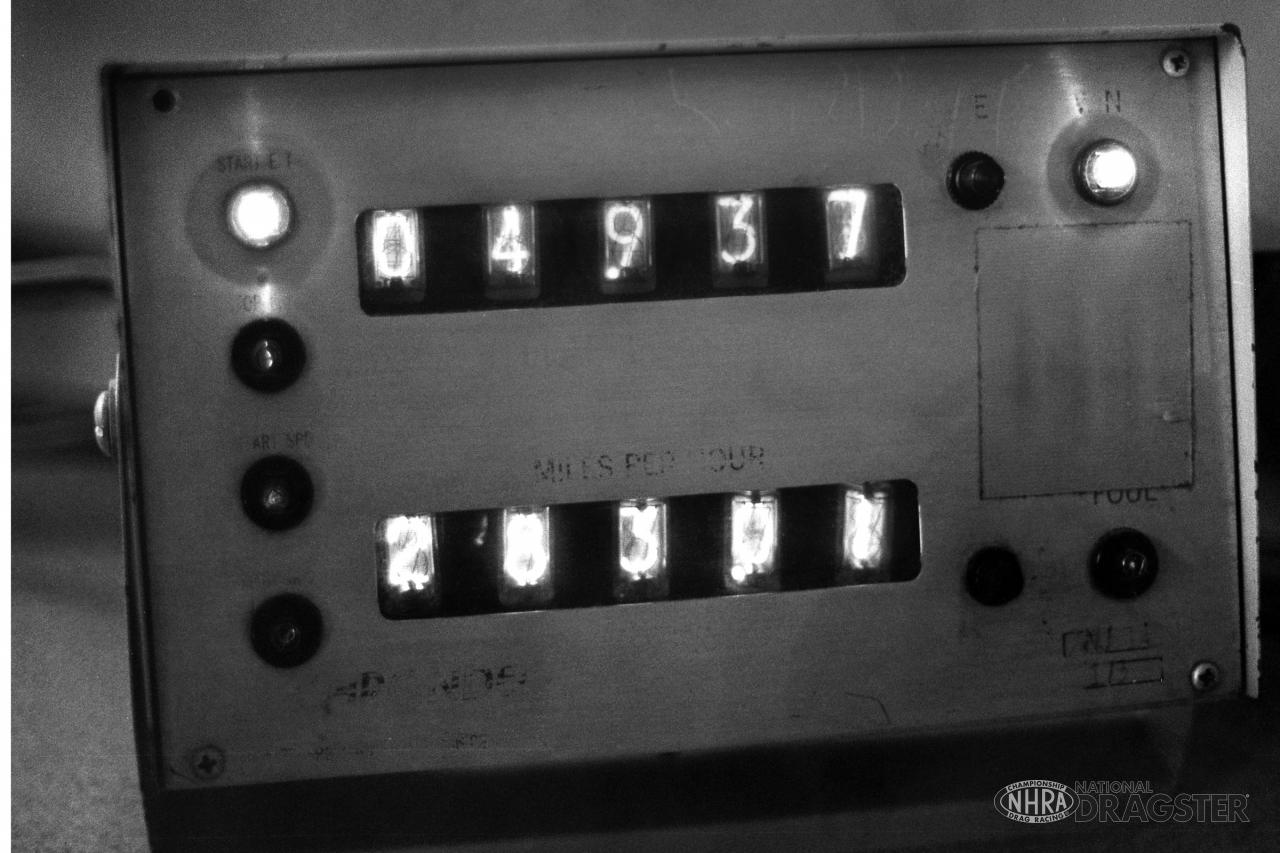 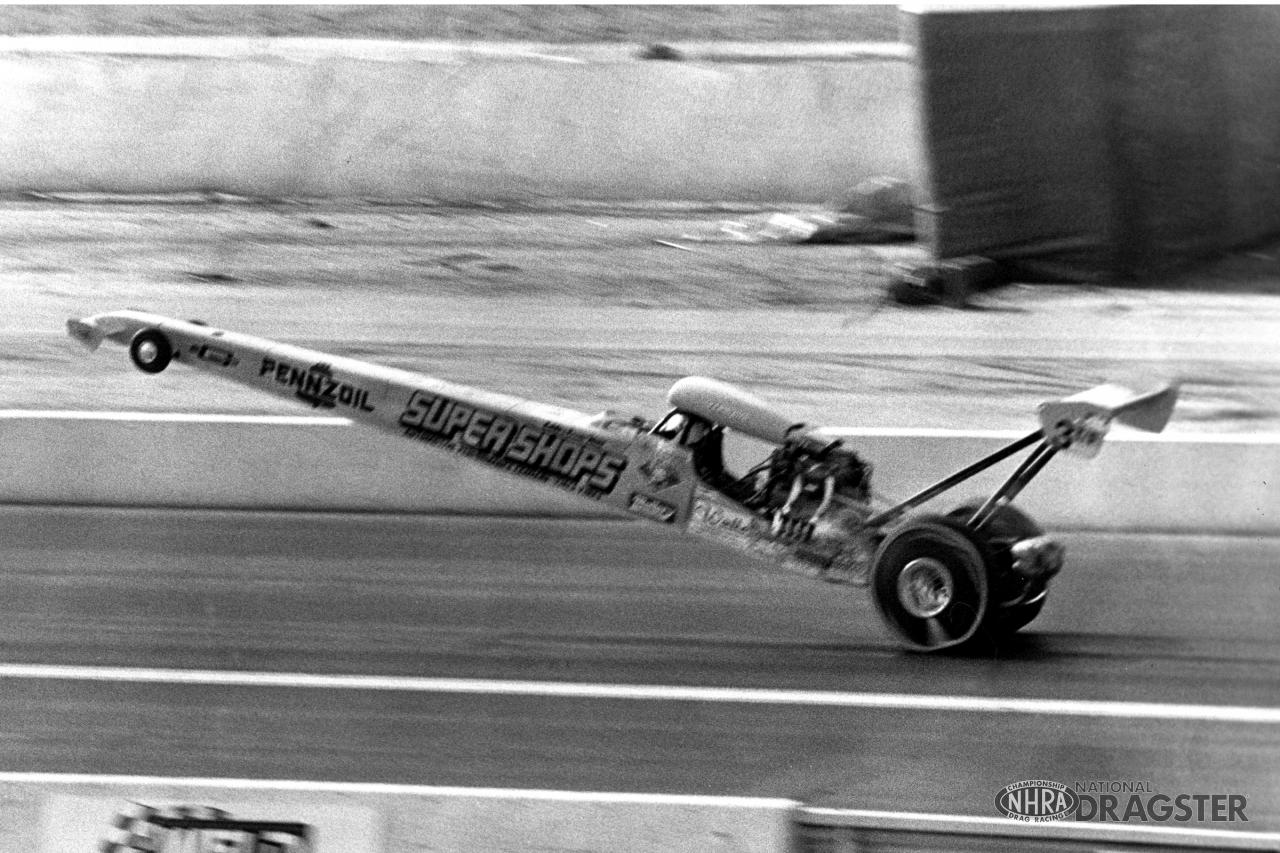 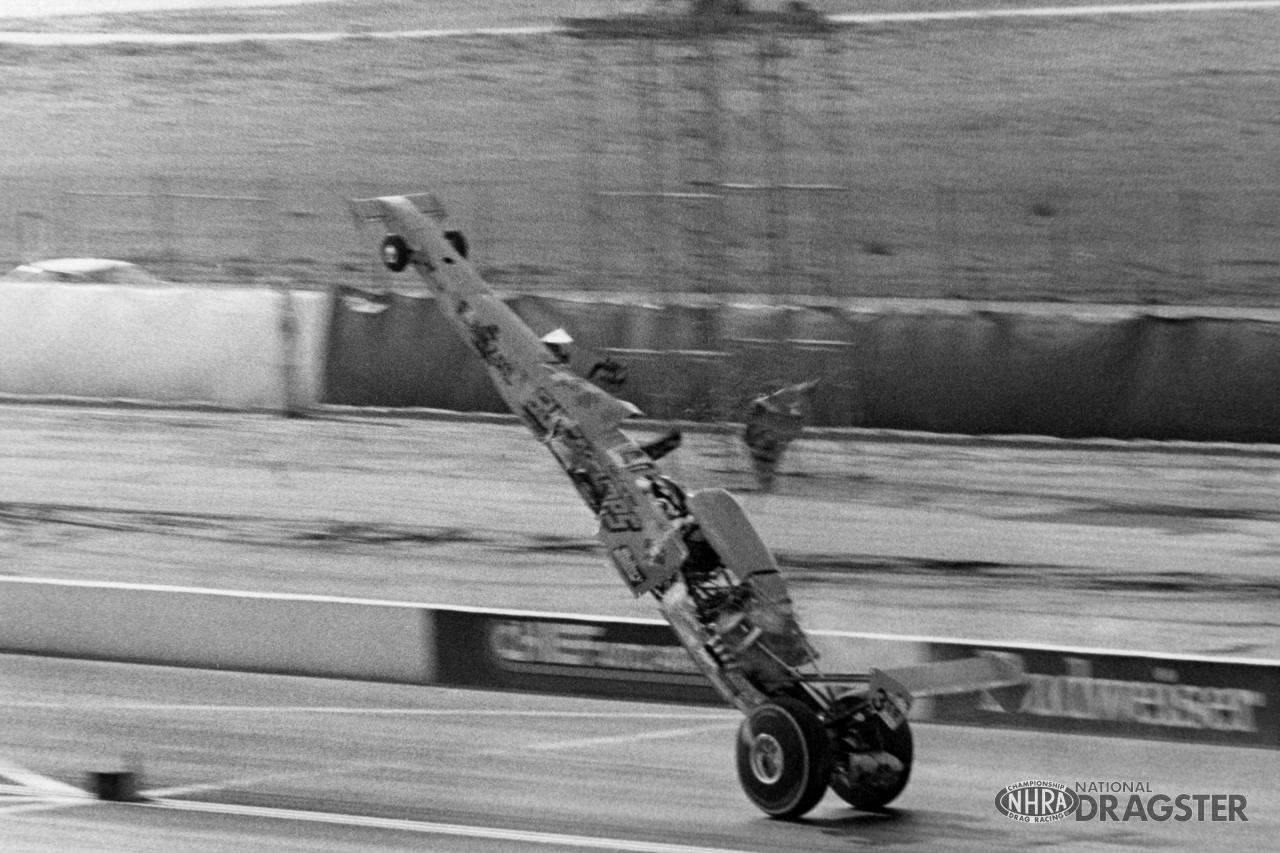 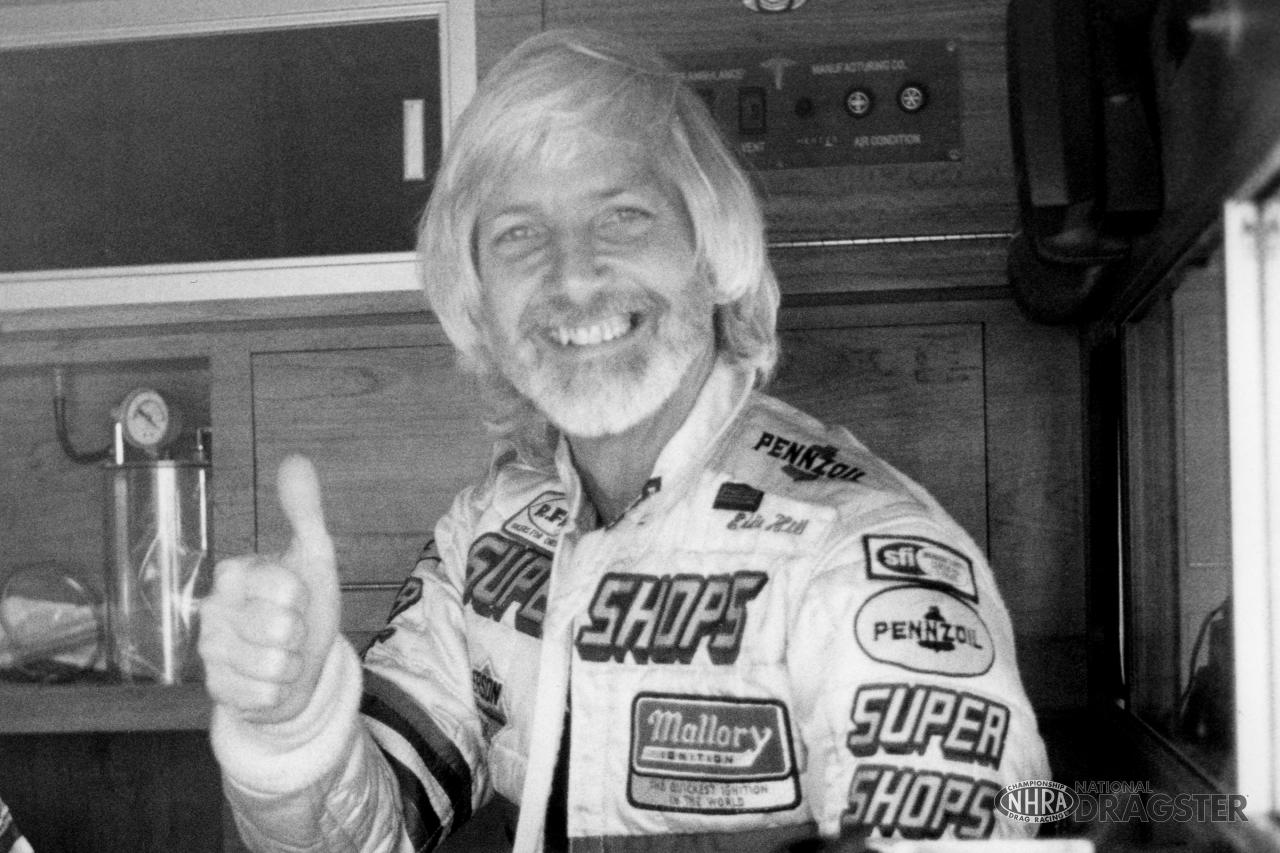 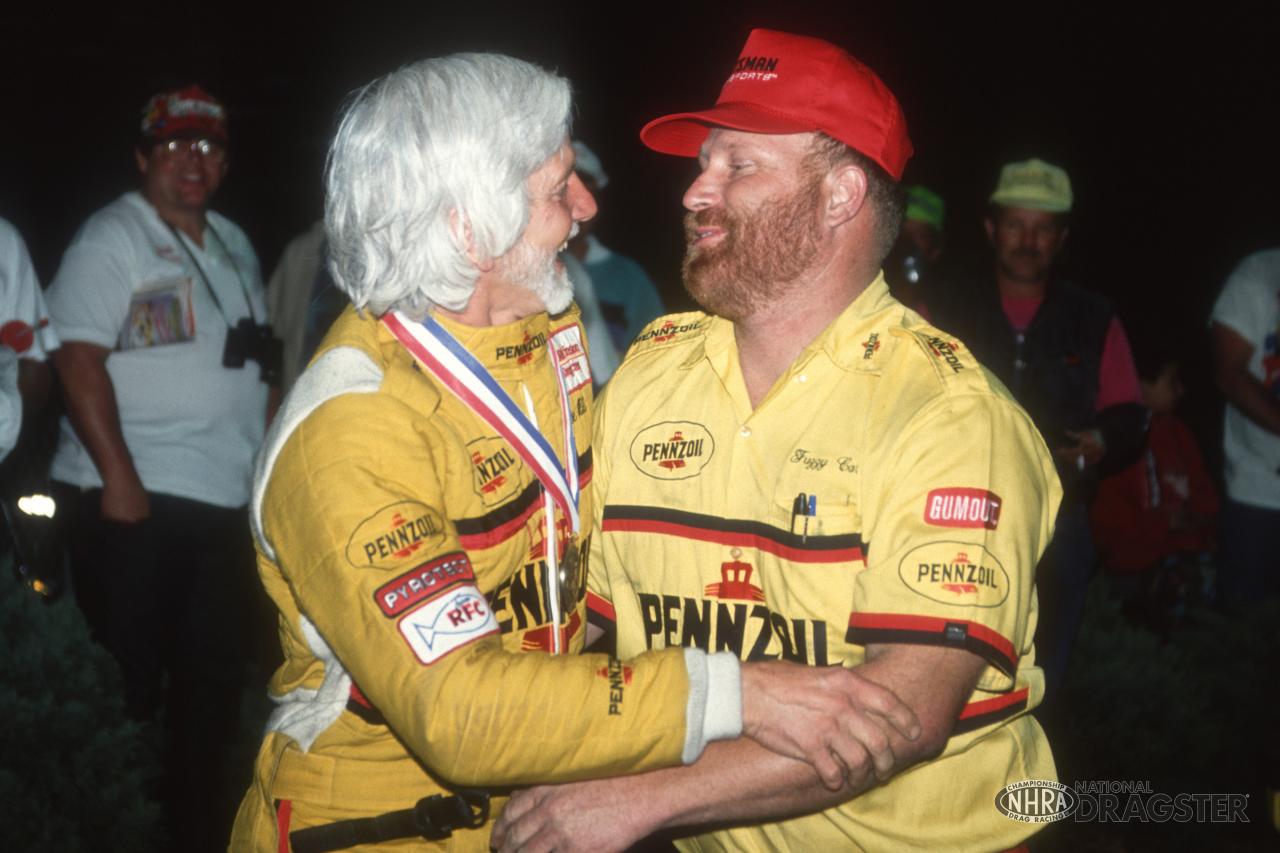 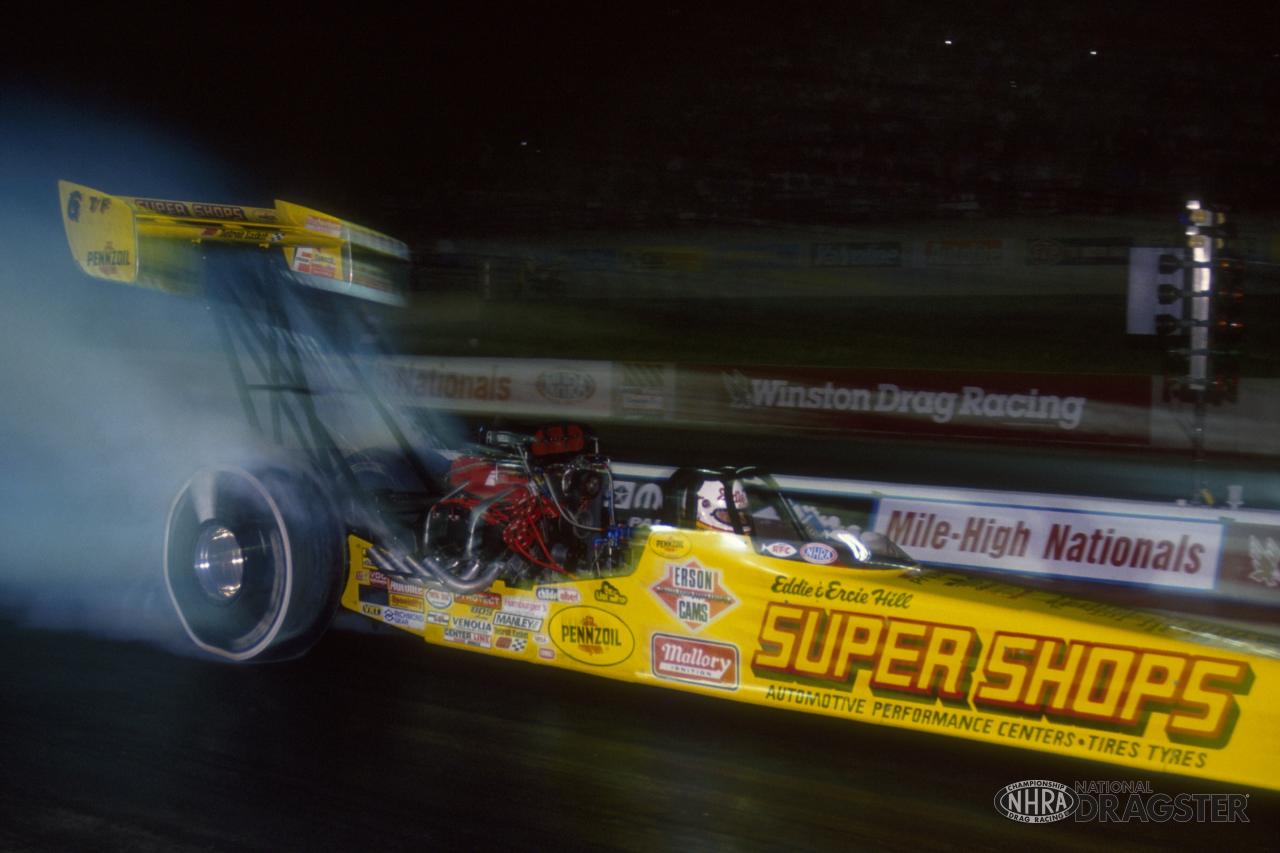 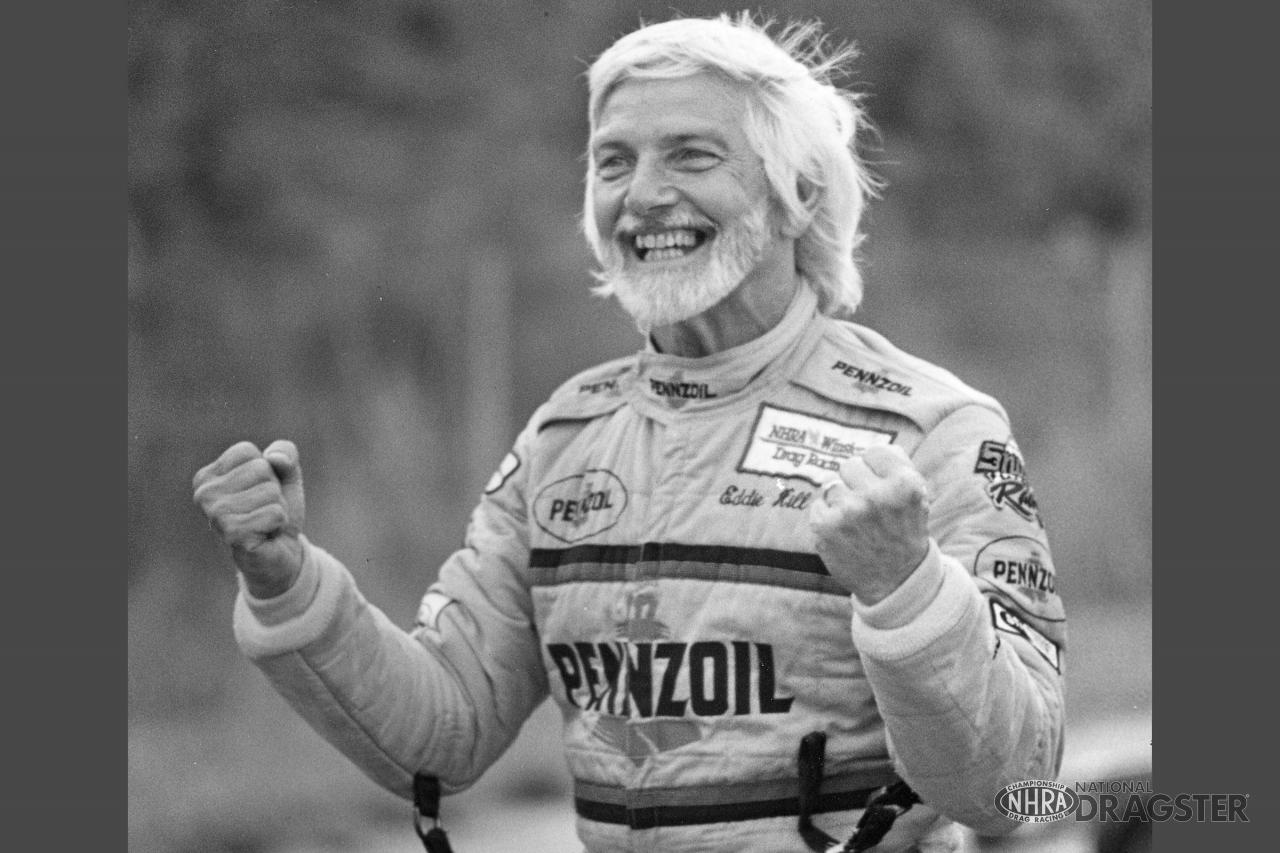 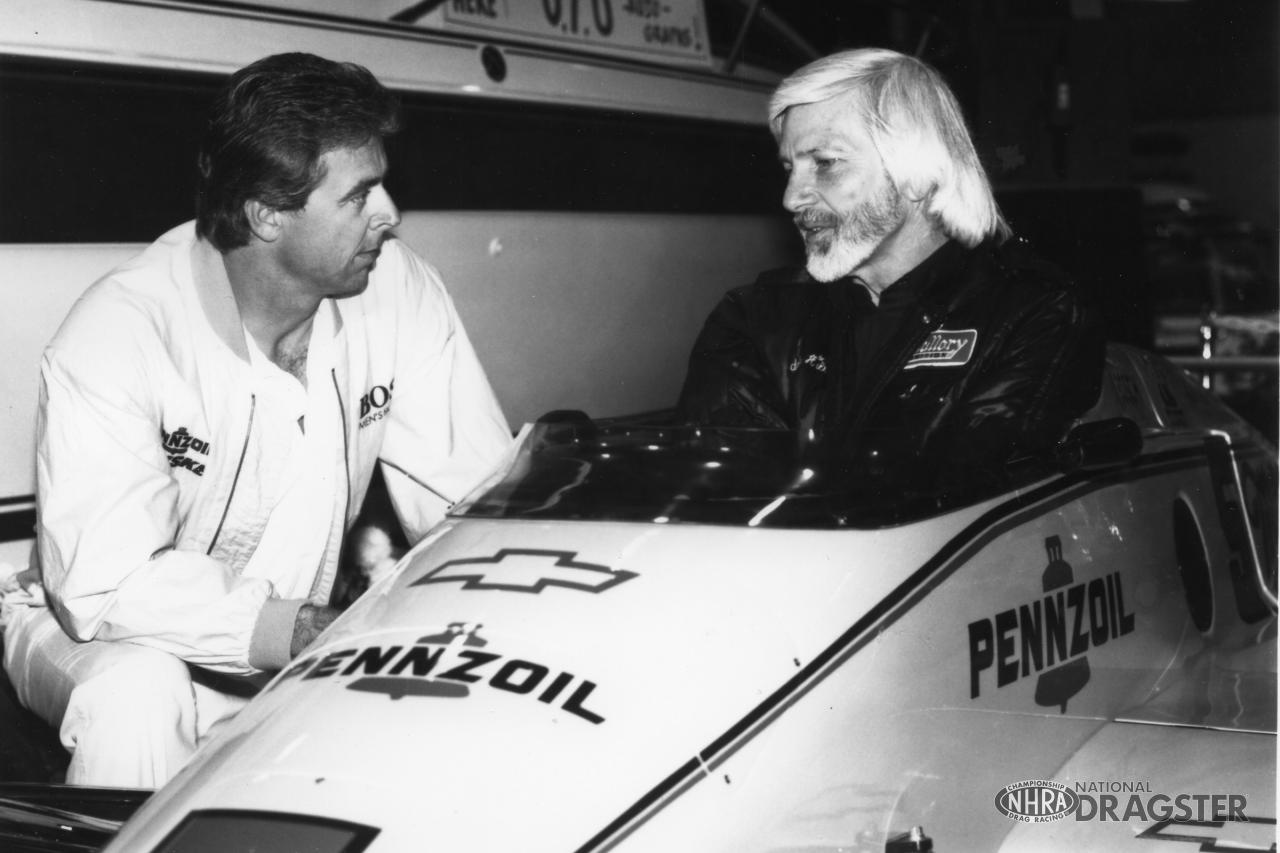 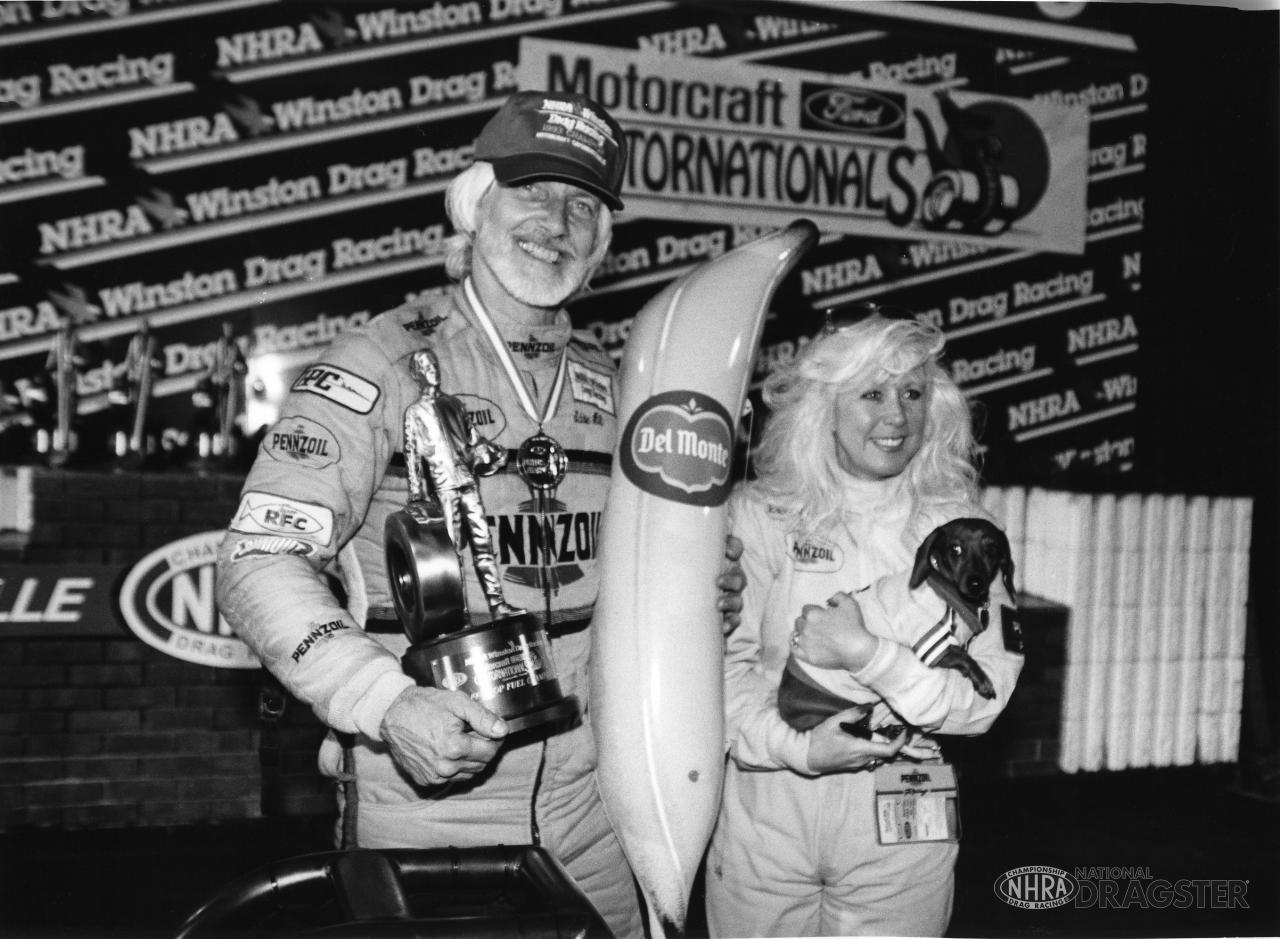 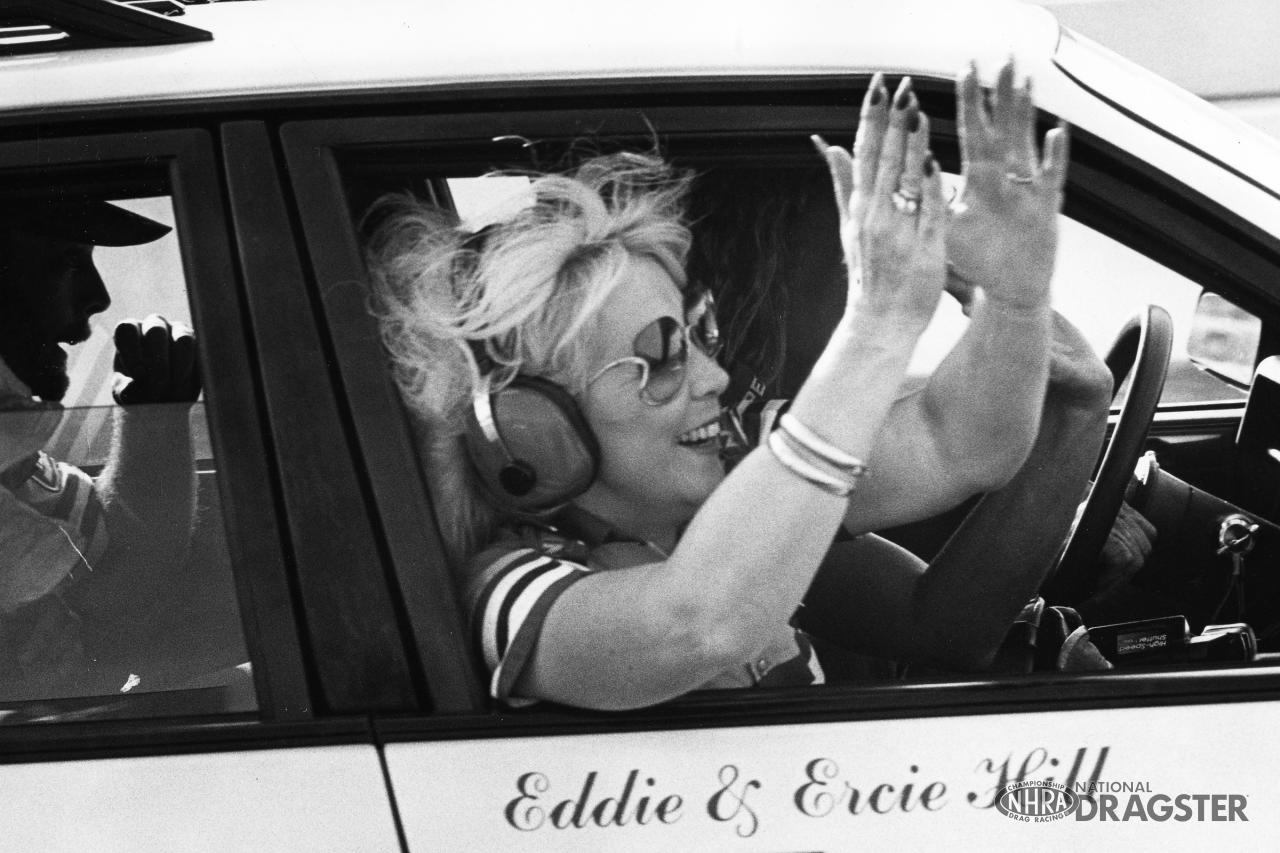 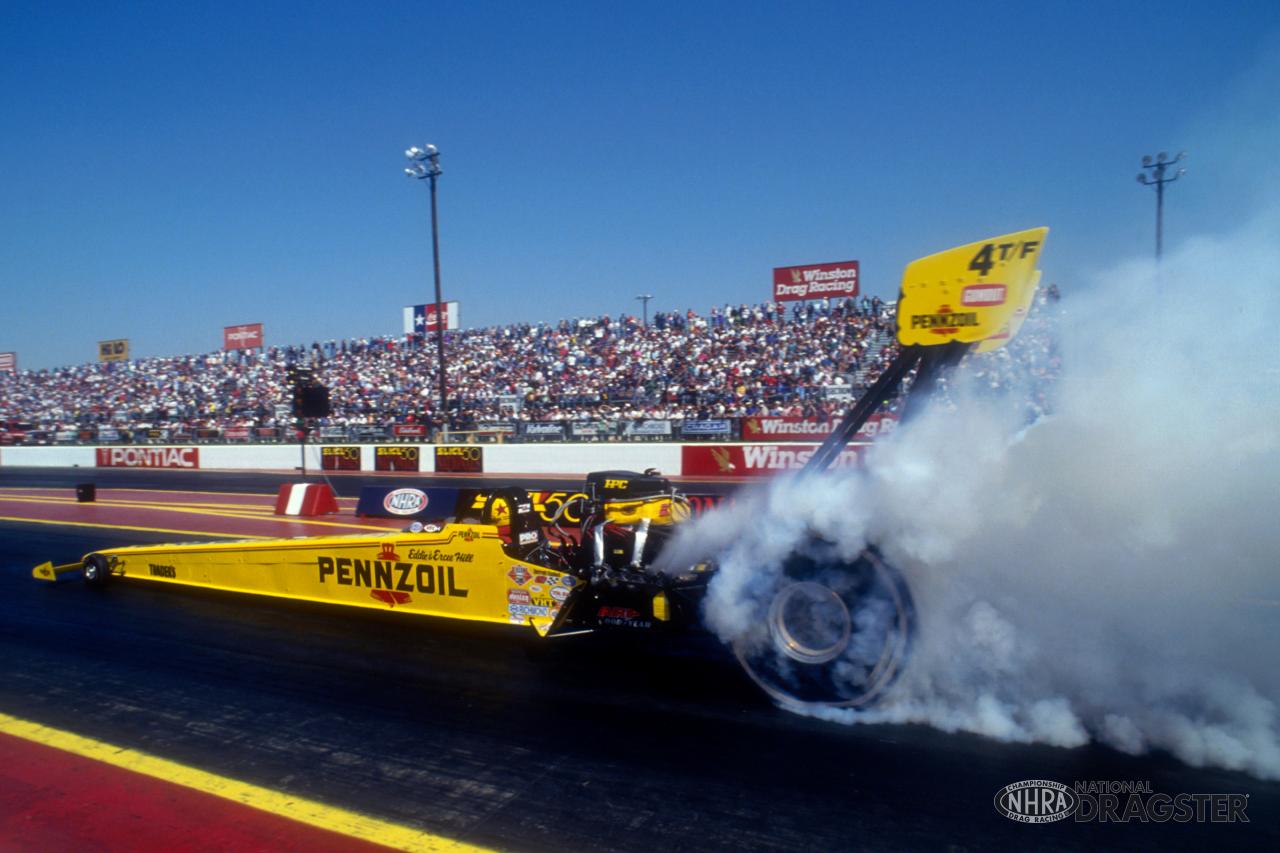 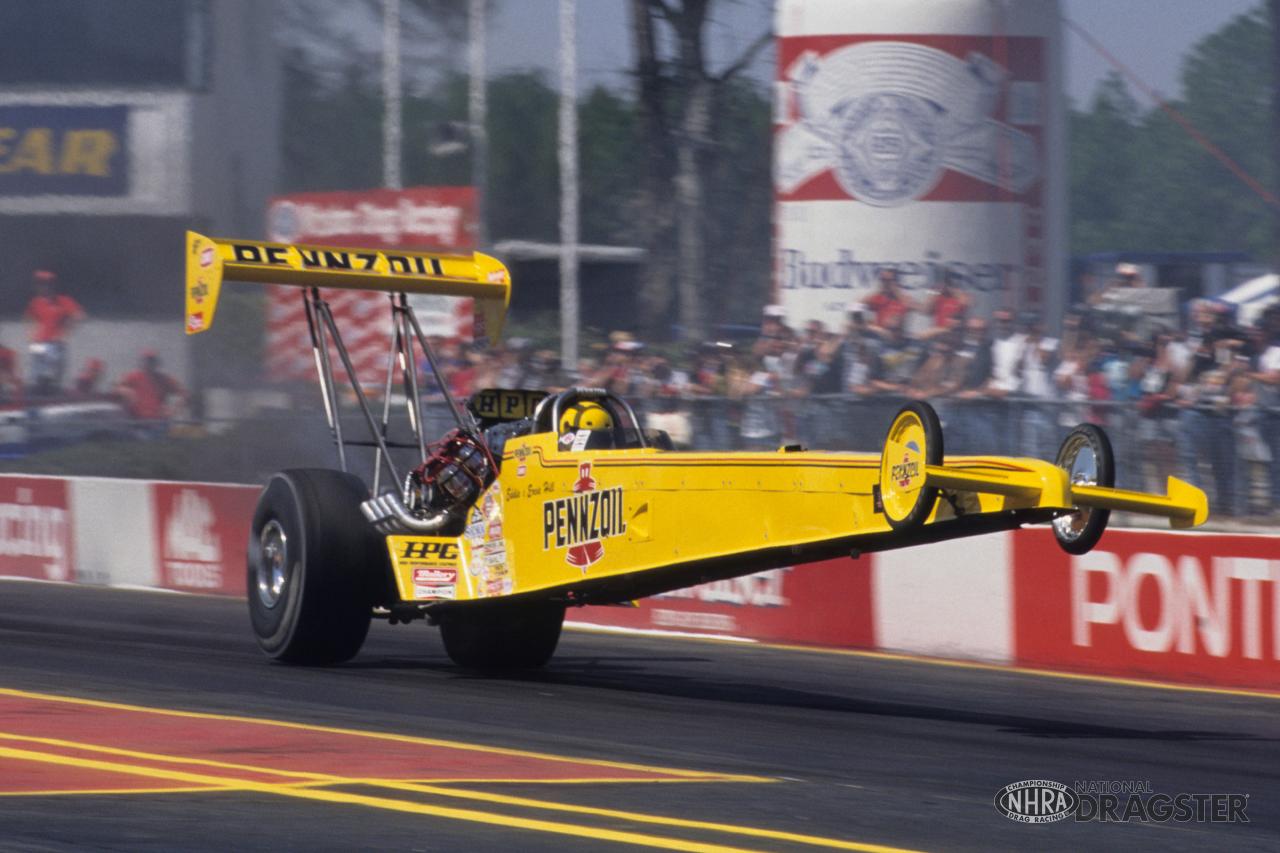 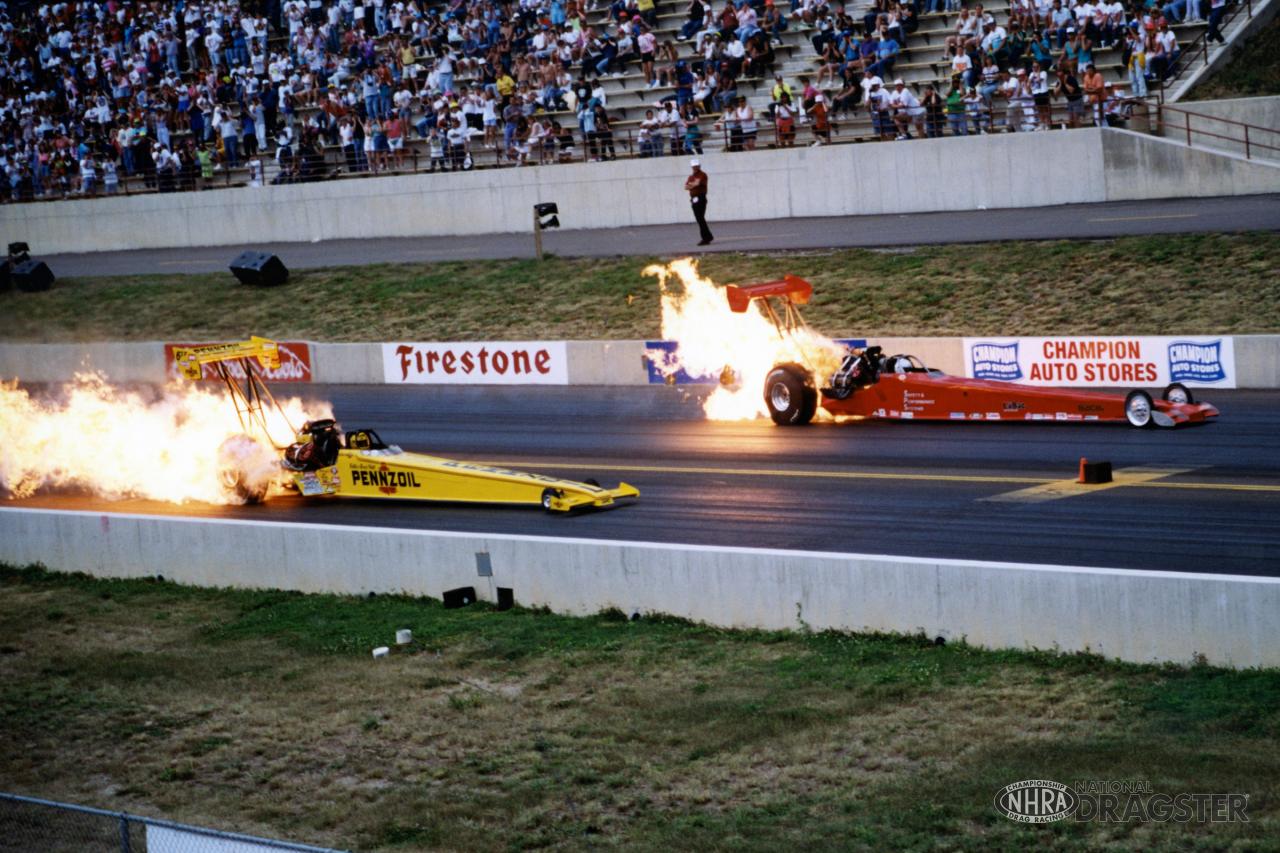 He was known by name names, from "The Texan" to "The Thrill," but it's certainly easier to just call Eddie Hill one of the most popular drivers of the 1990s. With his wife, Ercie, red-bearded crew chief Terry "Fuzzy" Carter, and a menagerie of animals, their bright yellow dragsters, dubbed "The Nuclear Banana" won races and the hearts of fans.

Voted No. 14 in NHRA's Top 50 Racers in 2000, Hill began drag racing back in the 1950s and earned infamy with his twin-engined, four-rear-tired Double Dragon that actually dug holes in the Indy starting line at the 1961 Nationals. He later left the asphalt to go drag boat racing, where he won multiple championships and broke more records than a clumsy vinyl-disc handler. He returned to drag racing in 1986, became the first Top Fuel driver to record a four-second elapsed time in 1988, and won the NHRA Top Fuel world championship in 1993, before retiring after a 1999 crash.