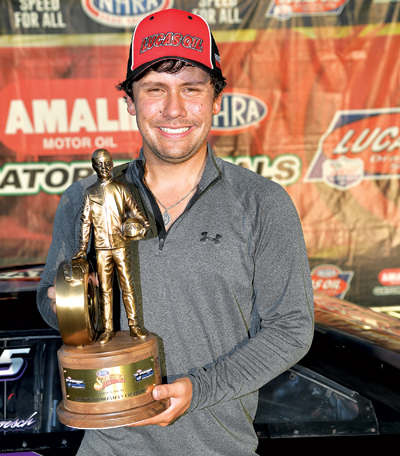 Bracket racing what is essentially a Pro Mod car might be the ultimate test of man and machine, and Darian Boesch passed with flying colors in 2020, winning the world championship in the Top Sportsman presented by Vortech Superchargers class. Boesch’s Jerry Haas-built Camaro regularly runs in the 6.2s at 230 mph, and he’s typically at or near the top of the qualifying chart. He also tends to hang around a while on Sundays because of his ability to cut a light and accurately judge his opponents at the finish line.

“Going that fast and bracket racing this car is hard because you can’t use the brakes,” said Boesch, whose experience includes 18 championships in his Jr. Dragster before making a move to Top Dragster at age 16. “You use the gas and sometimes the chutes to drive the finish line. I’m always chasing, and I just try to make it close. I also have sort of an oddball combination for this class because there aren’t a lot of Roots blowers, but it works. In my opinion, we have the best working car in the class. Going 6.20s consistently is hard, but we’re able to do it.”

Boesch’s season began in the best way possible with a win at the Division 4 NHRA Lucas Oil Drag Racing Series opener at No Problem Raceway Park, but like almost everyone else in the sport, he found himself sidelined for several months due to the COVID-19 pandemic. During the break, he continued his college studies, and also prepared for the eventual resumption of the season. 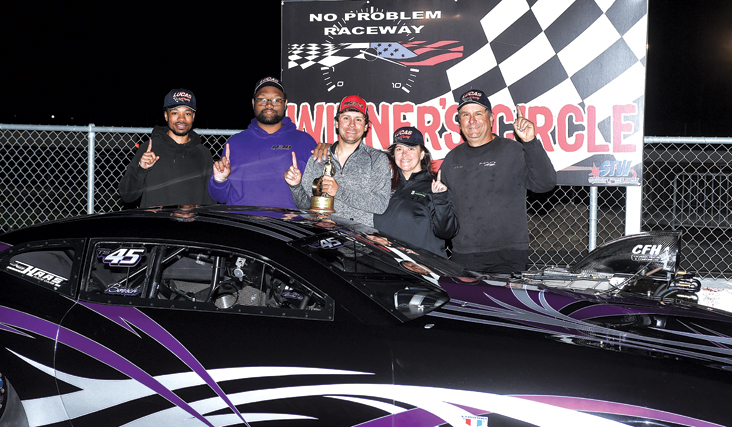 “It sucked being stuck at home, but there was nothing we could do about it,” Boesch said. “We did a lot of maintenance, and then once racing started again, we hit a few Midwest Pro Mod races just to get out of the house. I also hit the practice Tree. We had a lot of time to think and plan. I knew I’d won the first race but didn’t really think much about a championship at that point.”

Boesch didn’t score points by winning the JEGS Allstars event, but it was good for his confidence. He also went to the semifinals of the Denso Spark Plugs NHRA U.S. Nationals and then won at Texas Motorplex in late September. By that point, Boesch believed that he was a leading contender for the championship. And even if he didn’t believe he was championship material, his uber-supportive parents, Mario and Karen, were there to remind him.

“In Indy, I got to the semifinals in both [Top Sportsman and Top Dragster], and we had run fewer races than most everyone in front of me,” said Boesch. “We started looking at races where we could go get points. We went to Gainesville [for the relocated Southern Nationals], and that worked out for us, and then when I won that race in Dallas, we knew we were in a good position, so we made the decision to go to Las Vegas. I’m lucky, my parents always promised that if I was in a position to win [a championship], we’d make every effort to go chase it.”

The final chapter of the season-long points battle unfolded on Sunday at the Dodge NHRA Finals in Las Vegas. Boesch was strapped into his Camaro, waiting to race David Cuadra in the quarterfinals, when he watched fellow contender Ken Ratzloff lose in front of him. Boesch managed to keep his composure and win the round but was surprised to see what awaited him after the turnoff.

“When I saw Mr. Ken [Ratzloff] go out, and I won the round, I was doing a little dance in my heart, but I didn’t know if it was over because I didn’t do the math,” Boesch said. “When I was making the turnoff, I saw someone holding up a big sign that said ‘world champion,’ and I saw [Division 4 Director] Trey Capps with a big Wally, but I didn’t want to get my hopes up because I didn’t know who it was for. Then, they pulled me over, and I could see the sign said ‘Top Sportsman champ,’ and they opened the door and gave me the Wally. Then my parents came up the return road. I always thought I could win a championship; I just didn’t think it would happen this soon. To win the championship and the JEGS Allstars in the same year, it’s really special.” 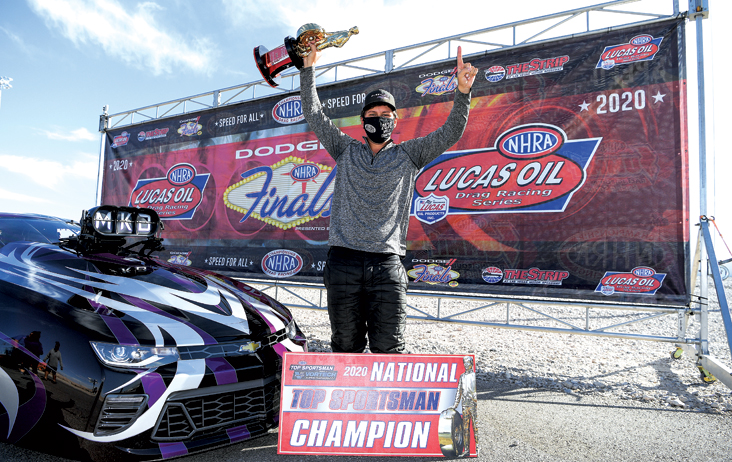 At age 21, Boesch figures to have many more opportunities to win another title, and for now, he’s more than content to focus his efforts on the Vortech Superchargers-backed Top Sportsman and Top Dragster classes.

“I love where I am right now,” he said. “I’ve been fortunate to achieve my dream of racing in these two classes at such a young age. I get to race with my parents. My mom brings me into the beams, and my dad tunes the car. We have our own little thing, and I’m perfectly happy with it. I also have to thank Jerry Haas and John DeFlorian for building such a great car, Jim Hooker for the paint, Bill Doucet, our engine guy, Marco Abruzzi for the transmission, and Chuck Ford for the blower.”