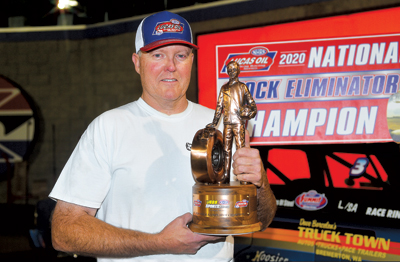 How many remember the 2011 season when Jody Lang finished with a staggering 699 points, but lost the Stock world championship to Joe Santangelo, who scored 701? And how about 2005, when Lang posted another monster score of 672 points, but finished a distant second to Peter Biondo’s NHRA record 792 markers? Oh, and let’s not forget the three other times when Lang finished third in the standings, or the two times he lost out on a Top 10 spot due to a tiebreaker.

For all of his success, which includes 30 national event wins and 15 Division 6 titles, Lang’s career has been largely defined by near misses and close calls, and he vividly remembers nearly all of them. That helps make his long-awaited championship in 2020 even sweeter. Nearly a quarter-century after winning his first national event in Phoenix, Lang finally broke through for his first NHRA Lucas Oil Drag Racing Series world title with a dominant season that included three wins in four final rounds.

“It’s hard to put this into words, but it’s slowly sinking in,” said Lang. “One of my friends, Chris Johnson, won the Summit E.T. Finals, and he said it didn’t sink in for him until he put the No. 1 on his car, and I’m still months away from doing that. This definitely is a bit of a relief, though. It seems like sometimes I picked the wrong time to have a good year because someone always had a better one. Anytime I saw someone win a championship with 500 or so points, I thought, ‘Geez, how did you pull that off?’ Really, it just seemed like I didn’t have any luck.” 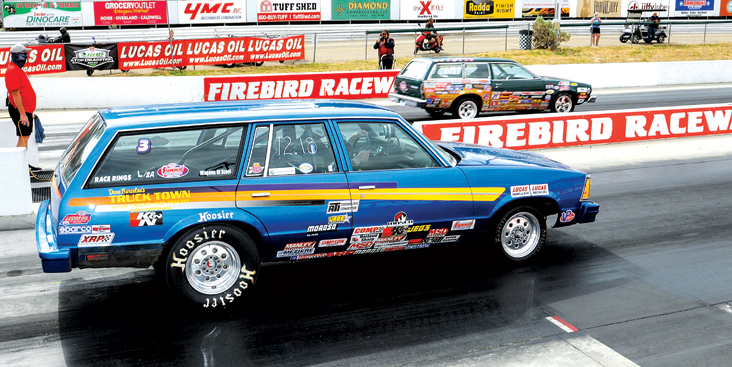 Ironically enough, Lang’s 2020 season began with a tough round-one loss at the Lucas Oil NHRA Winternationals in Pomona, and due to the shortened schedule, he was only able to compete in four national events, so that loss remained part of his final score. The COVID-19 pandemic affected the entire sport, but Lang and many of his fellow Division 6 racers took the brunt of it with a greatly reduced schedule. Lang competed in just two events in the Pacific Northwest while the rest of his season included trips to Pomona, Phoenix, Sonoma, and Las Vegas. That left him little margin for error.

“I didn’t even think about [a championship] until they announced all of the Las Vegas races at the end of the year,” said Lang. “Before that, I just wanted to get away from home and go see my friends at the races. I started off in Pomona and Phoenix and then didn’t run again until July when I went to Seattle for the divisional, and that’s close to home. When COVID hit, they made us a deal at work where we could come in and clean and get one-for-one on vacation time, so I was the first to volunteer. Luckily, I had plenty of vacation time at the end of the year.”

The drama surrounding the championship extended to the season’s final week, when Lang and leading contender Justin Lamb battled in Las Vegas at the JEGS NHRA SPORTSnationals. Ironically, Lang was preoccupied when Lamb lost his pivotal quarterfinal race against Jerry Stein, a round that clinched the title in Lang’s favor. 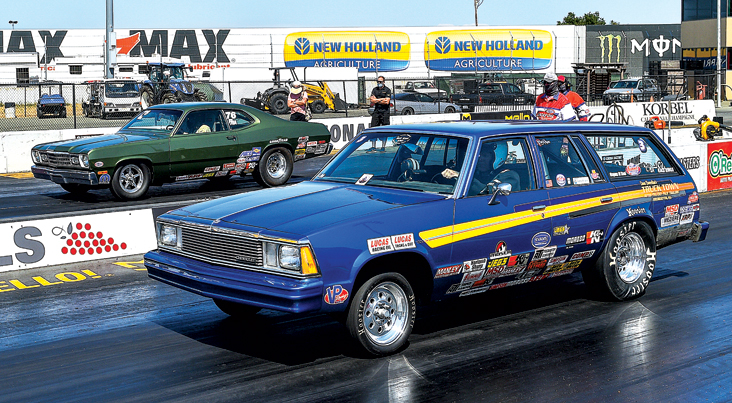 “First, when it comes to Justin Lamb, you don’t take anything for granted,” Lang said. “He needed to win three races at his home track, and he got two of them. That’s not a comfortable feeling, and I, for all the times I didn’t get it done, know better than to get my hopes up.

“The round where I clinched was really confusing,” Lang recalled with a laugh. “I made a run in my Super Stock car and almost missed that round of Stock. I was really late getting up there, and fortunately, my opponent was Ryan Warter; he’s a fellow D6 guy, and he told them [NHRA officials] that he wasn’t going to run without me. We were in the back of the staging lanes flipping a coin for lane choice when Justin got beat. I heard [announcer] Alan Reinhart say, ‘Jody Lang had better contact his sticker guy and get some No. 1 decals made for next season.’ I really didn’t have any time to celebrate. Even then, I wasn’t totally convinced it was over, so I really thought I needed to win that round against Ryan.”

Just to make sure the points battle was over and done with, Lang went on to win the SPORTSnationals title, collecting the 30th national event Wally of his storied career. Topping Lang’s list of supporters is his longtime girlfriend, Martha Thompson, whom he beat to win his first national event final round in 1996.

"She reminds me of that all the time,” he said.