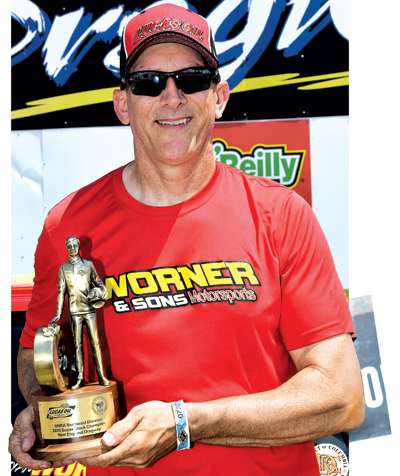 Bryan and Byron Worner are twin brothers who were born moments apart, and they both work as firefighters near their home in Eastern Pennsylvania. Now, the Worner brothers have something else in common: They are both NHRA Lucas Oil Drag Racing Series Super Stock world champions. Byron won the title in 2013, and this year, Bryan joined him after a dominant season that included three wins in five final rounds. Making the occasion even more special was Byron’s second-place finish, giving the family a hammerlock on the 2020 season. The Worners now join the short list of brothers who have won NHRA Sportsman championships, including Charlie and Jeff Taylor, Sal and Peter Biondo, and Edmond and Scotty Richardson.

“When you put our name in there with those guys, you know you’ve done something right,” said Bryan Worner. “That’s NHRA’s elite right there. I don’t know what else to say. Back in 2008, our family [including father, Tim] became the first to win three national events in the same class in the same year, and with this 1-2 finish, we’re starting to roll up the accomplishments.”

Worner didn’t get a chance to race until the Division 1 Lucas Oil Series opener in June at New England Dragway, but he quickly got on the board when he drove his Genesis SS/JA Camaro to a victory. Worner defeated his brother, Byron, in the quarterfinals and then defeated Jerry Hatch in the final. He followed his New England win with a quarterfinal finish at the Lebanon Valley event and a semifinal upon his return to New England Dragway for the second of four events held at the historic facility.

“At the first race, Byron and I raced for a bye to the final, and I went on and won the race, so that all went according to plan,” said Worner. “This year, I made a concerted effort not to red-light, and then we came back to Epping and I raced Mike Iacono and went -.001 red. When the red-light came on, I was shocked.”

Worner quickly put the foul start in his rearview mirror and struck again, winning the JEGS New England SPORTSnationals, a late addition to the calendar. The SPORTSnationals began in Epping and was completed during the Maple Grove Raceway Lucas Oil Series. The change of venue had little effect on Worner, who again defeated brother Byron on his way to victory.

For all the success he had in Epping, it was the Division 1 doubleheader at Virginia Motorsports Park in early October that helped put Worner over the top. With a winning streak of 13 rounds that produced a win on Friday and a runner-up finish on Sunday, Worner left Richmond as the points leader and quickly came to the realization that he’d need to see it through to the finish. 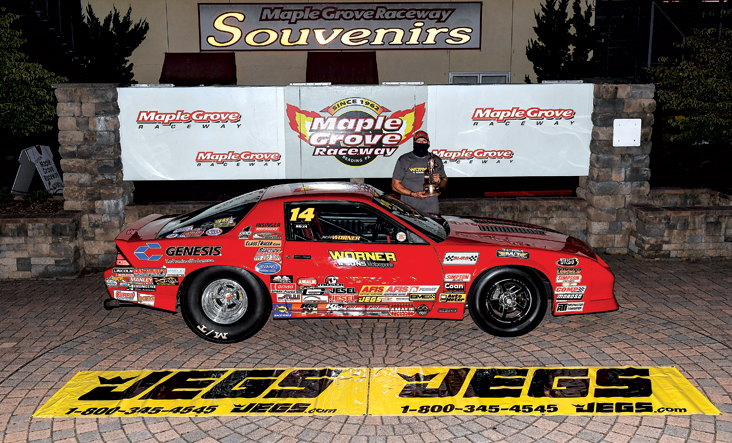 “I thought I was in good shape after Richmond, but I knew we’d have to travel because Jimmy DeFrank and Justin Lamb were still in it out West,” said Worner. “And, we had some issues with my car. It was inconsistent; I lost in the third round at Maple Grove, and it did the same thing during the Class Racer Nationals. Going into Richmond, we totally changed our [electronic fuel injection] program. I put in the program from our buddy, Herbie Null’s car, and it worked. The car was flawless for the rest of the season.”

Worner traded shifts with his fellow firefighters in Washington, D.C., to free up some much-needed vacation days, and the brothers headed to Dallas and then Las Vegas to finish the season. Holding a comfortable lead after his performance in Richmond, Worner didn’t have to sweat much, but whatever anxiety he may have been feeling went away after five-time champion DeFrank lost in the second round of the JEGS SPORTSnationals, clinching the title in Worner’s favor.

“It’s funny, I’d just gotten back to my pit after losing in the second round, and I was listening to the radio, and I heard them say that Jimmy had lost to Skip Loeffler’s Hemi car,” Worner recalled. “That was it. I was just standing in my trailer all alone, but it was kind of neat. Really, it was just Byron and I there, so we didn’t really have a big celebration. We did get a lot of cool stuff, though, like a cooler that says ‘world champion’ and a case of craft beer.” 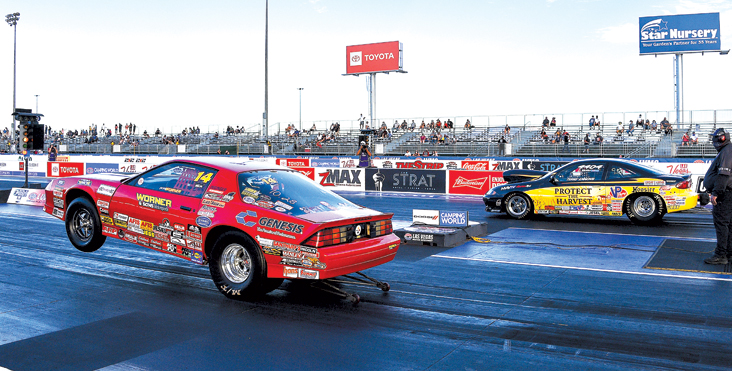 Worner finished his season with a runner-up at the Dodge NHRA Finals, and his final total of 690 points is well above average for any season, especially one shortened by the COVID-19 pandemic.

“That [690 points] makes you feel good; it really does, especially after we had issues with the car,” Worner said. “I owe a lot of thanks to my parents; my brother, Byron; and his wife, Heather; my girlfriend, Nikki Alberts; my sister, Jennifer; and my niece, Maddie; Mike Ganier, of Genesis Attachments; Herbie Null, Kip Rhoton, Mickey Thompson, Insinger Performance, Sunoco, Wade and Penny Brown from Brown & Miller Racing Solutions, Brian Tilberg Engines, ATI, and my guys at the District of Columbia Fire Department.”