Darwin Doll, one of NHRA’s original division directors who oversaw the Northeast Division from 1964-78, and longtime nitro Funny Car owner Dale Creasy Sr. both passed away recently, adding to a year of tremendous losses within the sport. We salute them all one final time.
30 Dec 2020
Phil Burgess, NHRA National Dragster Editor
DRAGSTER Insider

Darwin Doll, one of NHRA’s original division directors who oversaw the Northeast Division from 1964-78, and longtime nitro Funny Car owner Dale Creasy Sr. both passed away recently, adding to a year of tremendous losses within the sport. We salute them all one final time.

Doll, who passed away Dec. 22 at age 87, is considered one of NHRA’s original division directors appointed by founder and president Wally Parks, along with Buster Couch (Division 2), Bob Daniels (Division 3), Dale Ham (Division 4), Darrell Zimmerman (Division 5), Terrell Poage (Division 6), and Bernie Partridge (Division 7). With the passing of Zimmerman earlier this year, all of the originals are now gone.

Doll became interested in hot rodding after his discharge from the Army after serving in the Korean War, got a bob-fendered, channeled, two-tone, five-window Deuce coupe, and founded the Sportsters Roadster Association, which was based out of Pennsylvania’s Lancaster Dragway. Doll became involved in event management with the York County Timing Association and after the Lancaster track closed, carried those skills to York US 30 Dragway, Williams Grove Speedway, and Mason-Dixon Dragway.

Ed Eaton, who was NHRA’s Eastern Field Director (a forerunner to the division director position), took notice of Doll’s work ethic, which included the creation of a system for recording all runs at a national event and for developing ladder sheets that comprised the format for running at national events. 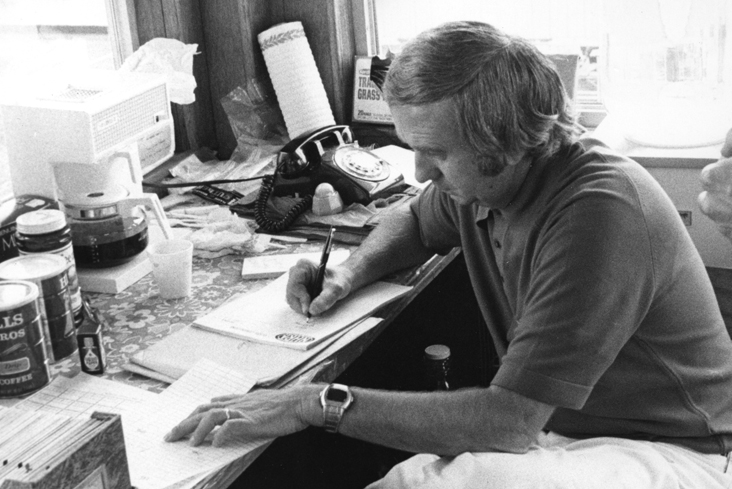 “I was approached by Ed Eaton in 1960 while working at York during an NHRA regional event to work at Indy at the Nationals [in 1961],” Doll told me a few years ago. “I worked every Nationals at Indy as a volunteer until I was appointed division director in1964. Lou Bond was considered for Northeast Division Director before me, but he bowed out after about a month or a month and a half. I was always referred to as NHRA’s first Northeast Division Director and considered an original along with Buster Couch (Division 2), Bob Daniels (Division 3), Dale Ham (Division 4), Darrell Zimmerman (Division5), Terrell Poage (Division 6), and Bernie Partridge (Division 7).”

Under Doll’s direction, the Northeast Division led the way in creativity for all NHRA divisions. It was the first division to have a logo, the first to have an open division banquet, the first to establish a Hall of Fame, and the first to host an E.T. Finals. The division also established Pro Stock, Funny Car, Super Stock, and Stock circuits, all providing numerous benefits to each category of racer and especially a revenue producer for the NHRA Division 1 track operators.

Mike Lewis, whose family ran Maple Grove Raceway for years, recalls the year that they joined NHRA, all five of the division's 1971 events were spoken for. "One of the five dropped out and Darwin gave us the chance to join the series," Lewis remembers. "Our event broke all attendance records and drew 423 racers. Maple Grove has been one of NHRA’s strongest and most loyal tracks and it all started with Darwin’s call." 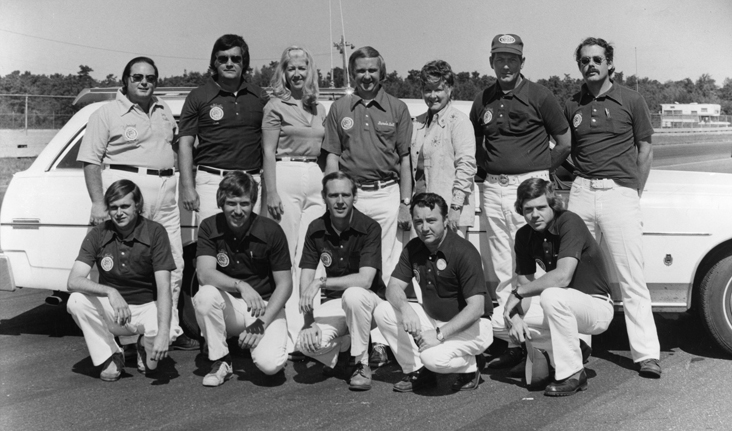 Doll and his Certification Team, which included his successor, Greg Xakellis, back row, left. 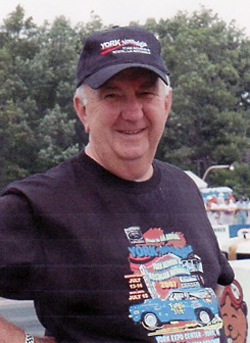 Doll was appointed Eastern Regional Director in 1978 , overseeing Divisions 1, 2, and 3, and also served on the Board of Directors of ACCUS-FIA for several years on behalf of NHRA.

After leaving the NHRA, Doll was employed by Roger Penske to run Michigan International Raceway, home of the Pocono 500 IndyCar race, and worked there for five years before moving on to manage Sears Point Intl Raceway and Albuquerque Int'l Raceway. He also served as IHRA president in 1990 and '91.

With his wife, Pat, Doll formed the National Nostalgia Drag Racing Association, a group dedicated to preserving the sport’s history and honoring its pioneers. The highlight each year was the York US30 Reunion and Muscle Car Madness events. 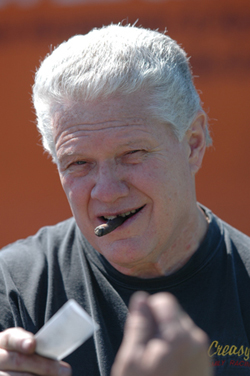 Creasy, who died Dec. 29 at age 81, fielded a long line of Illinois-based Tyrant Funny Cars stretching back to the early 1970s and his legacy continues today with son Dale Jr., who is still competing in the class.

Creasy’s cars, predominately Fords, were wheeled in the 1970s through the 1990s by drivers such as Al Marshall, Dick Bourgeois, Larry LaDue, and, most famously by Gary Bolger, and were staples of the Midwest match racing scene and the Coca-Cola Cavalcade of Stars circuit. (Bolger, who had his own car, the Gold Digger, was first recruited to drive for Creasy at one Coke Cavalcade event when Bourgeois, who drove not only for Creasy but also the Doug Thorley's Doug’s Headers Vega, reached the final in both cars. Bolger took over the Creasy car and while no one remembers who won the final, it was the start of a long-lasting partnership.

Marshall won the Division 3 championship in 1971 and ’72 and finished second in NHRA’s Eastern Conference standings in 1972 and was runner-up behind Don Schumacher at the 1972 NHRA Le Grandnational.

Bolger stepped aside in 1997 to let Creasy Jr. take over the wheel, and father and son raced together until about 2005, when a tuning disagreement led them to go separate paths. Dad was from the old school, eschewing data recorders and preferring to tune by bearings and plugs while Jr. embraced the new technology. Sr. went on to field his own car with a new lineup of drivers including John Lawson, Justin Schriefer, Cory Lee, and others.

Creasy Jr. remembers spending summers on the road in the 1970s and ‘80s with his dad and the Tyrant cars, running as far away from home as California and Canada, and sometimes running two to three times a week. “Those were fun days,” he remembers. “His cars always ran strong and we had some good drivers and there were plenty of places to run.” 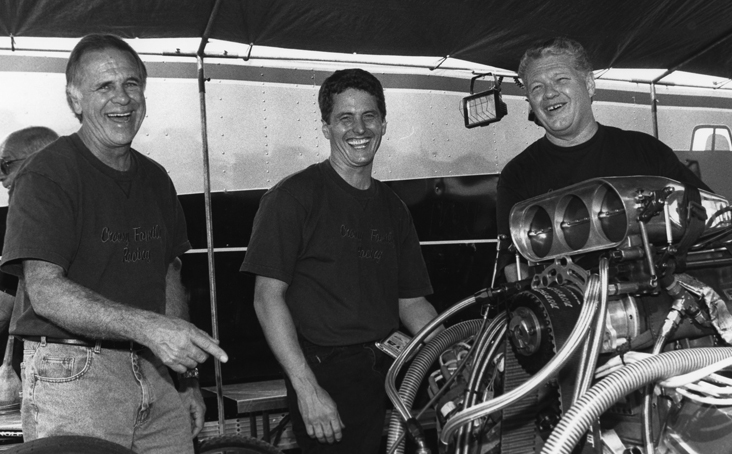 Doll and Creasy are just the latest high-profile passings in the drag racing community. The list below, compiled from numerous sources to the best of our knowledge and by no means complete, gives you an idea of the width and breadth of the losses this season.

OK, race fans, that's it for a very tough 2020. Thank you for your support and contributions that have helped make this little corner of the internet a place of bonding and appreciation. I'll see you in 2021!