Gann’s first victory aboard the family-operated Gann Speed entry that he ran with father Blake came at 2001 fall Las Vegas event and added victories in 2003 in Englishtown and in 2004 in Chicago and Denver. His most recent victory came in Denver in 2013. Gann also had nine career runner-ups, including four straight near misses at the prestigious NHRA U.S. Nationals 2001-2004. Gann also clocked seven NHRA Top 10 finishes in the standings, including a career-best third in 2003. 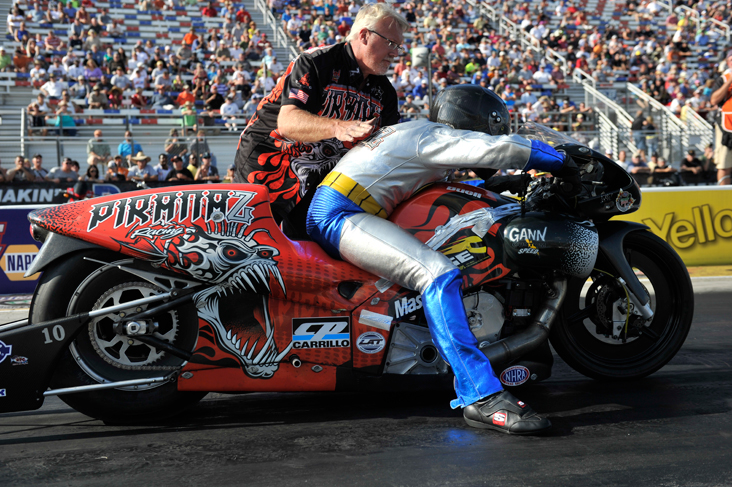 Gann was known for his shiny chrome-style racing leathers, is a variety of hues –- reds, greens, blues –- that were a bright and lively as him. In 2013 and ’14, he sported a Batman-inspired set of shiny leathers.

Steve Johnson, Pro Stock Motorcycle's most experienced rider, told NHRA.com, “I got to see and chat with Shawn in Valdosta [Ga.] before the Gatornationals back in March.  We talked about racing and fatherhood.  He was so proud and happy.  Shawn had a fantastic spirit within him. I believe it helped make him one of the best riders NHRA PSM has ever seen as well as a wonderful father. Personally, I’m grateful to have raced and known him. My most heartfelt condolences to his mom, dad, and son.  We will all miss Shawn tremendously.”

The NHRA family extends its sincere condolences to the family and friends of Shawn Gann. 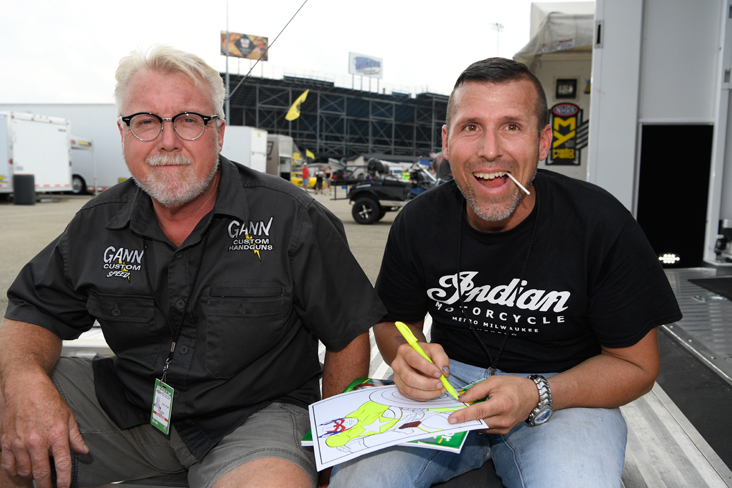