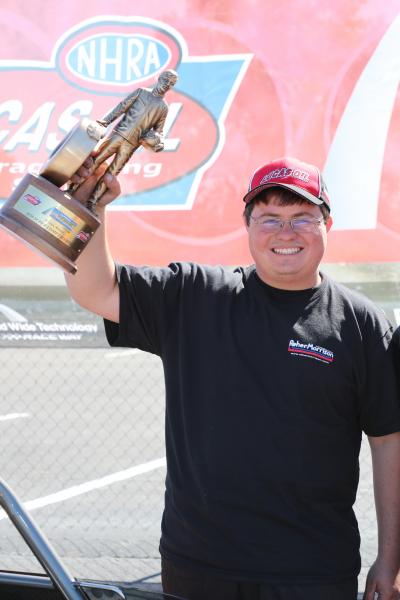 Like many 2020 NHRA champions, Christopher Dodd’s season got off to a very late start. He’d planned on making the Division 4 stop in Belle Rose, La., his season opener, but his father was waiting on an engine for his Comp car, so they chose to skip that race. Next up was Tulsa, Okla., but a motorhome issue kept them from going to that race as well. Then COVID-19 struck, and Dodd didn’t know where his first race was going to be.

The answer finally came in June at Houston Raceway Park, where he made it to the fourth round before breaking out trying to reel in Trene Cressonie. Halfway through the calendar year, and with no way of knowing what the pandemic might do to the Lucas Oil Divisional Racing schedule, Dodd packed up his car for a 15-hour haul to the Division 3 event at Lucas Oil Raceway at Indianapolis.

When he got there, Dodd laughs, reminiscing about it, “The Division 3 guys just couldn’t even believe we’d come all that way just for a divisional. But I mean, at that point it was August, and we had only raced once, so we were ready to go.” Dodd wore out his welcome in true racer fashion by slicing his way through the field in seven rounds of eliminations and defeating Devin Isenhower on a holeshot win to take home the Wally.

As many know, Dodd’s Super Comp dragster was originally built for Top Fuel racer Billy Torrence. It’s the template for the Capco and Lucas Oil Fabrications partnership that offers clones of this Undercover car. Dodd’s version got a dose of horsepower at the end of 2018 when they installed a new 615-cid Reher-Morrison engine, and 2019 was all about getting the combination sorted out. 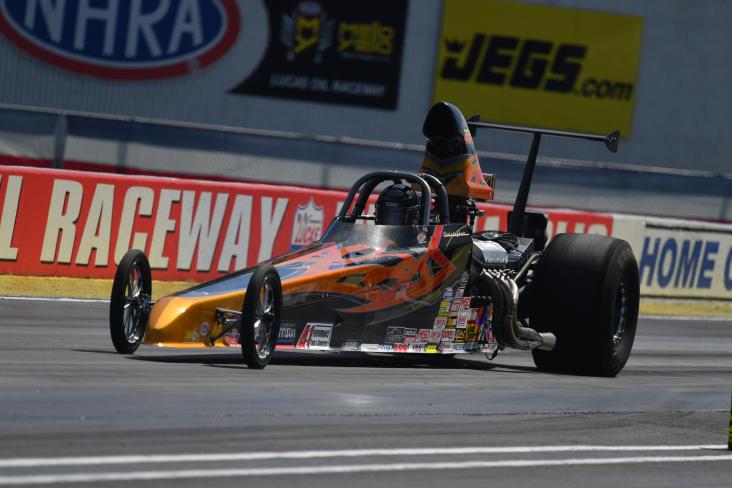 “In 2019, I went to [the Mopar Express Lane NHRA Midwest Nationals presented by Pennzoil in Houston] and won it. Then two weeks later, I went to the [AAA Texas NHRA FallNationals] and was runner-up,” he said. Dodd thinks he gave the Dallas race away by “making a mistake at the finish line,” but with near back-to-back national wins he knew he had the car he needed for a great 2020 season. He said the challenge was “not touching the car in the 2019 offseason and risk screwing it up.” That’s the setup they unleashed on the Division 3 guys in August of this year and the Division 4 racers in Marion, Texas. But then the car began to act up. A gremlin had them chasing tuning issues and replacing ignition parts. They even experimented with different tires because on one run the motor would blow through the available traction and on another run it would bog. Poring over the data, anything that behaved on a curve was suspected to be the culprit. Phone calls and pit conversations with other racers ensued. Even the car’s godfather, Torrence, was consulting with new ideas and sending parts to try.

“I’ve known Christopher’s dad for 100 years, and I’m just so humbled they would take whatever I told them to heart to help the car be better.” — Billy Torrence

“We got to the point we didn’t know what it was,” said Dodd. “So, we just started changing, you know, basic stuff that you never think of going out really.” Then came trying different transmissions and converters; everything was reconsidered. Though Dodd knew something was amiss, the car was still running strong and brought him wins at the Dallas divisional race, the Midwest Nationals, and the FallNationals. 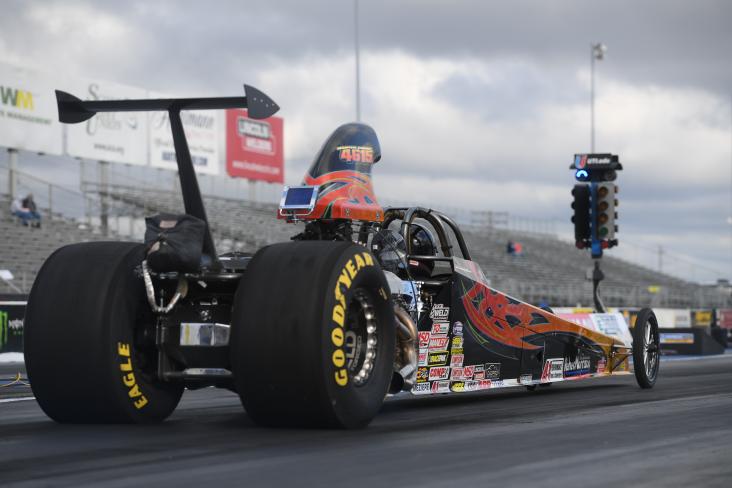 By Dodd’s final race at the Mopar Express Lane NHRA SpringNationals, he thinks they traced the issue back to an air valve that wasn’t behaving as intended, causing the throttle stop to act erratic. “Right before we’d finally found the issue, it was running really good,” said Dodd. “I think we’ve turned a corner on that problem.”

Looking back through the year, Dodd acknowledges that his championship came from winning the right rounds against the right racers, at the right time. “A couple thousandths of a second in a handful of rounds could’ve changed everything,” he contended. Besides winning the championship, the peak moment of 2020 came in Dallas when Dodd claimed his first hometown win at a divisional and then the national event. “That’s something that neither me or my dad had ever been able to do,” said Dodd. He joked that St. Louis was becoming his “home-track advantage; it was just a home track that was 10 hours away.” The Dallas wins mean his buddies can stop giving him a hard time about moving closer to World Wide Technology Raceway.

Dodd thanks his parents, his brother, Reher-Morrison, A-1 Performance, APD carburetors, Sullivan Motorsports, and Torrence for all of their help securing this championship. This year taught him a lot about the car, and some of the diagnostic work they did exposed areas that could lead to even better performance in the future. “I mean, we talked to a ton of people to get their opinions on what our problem was,” he said. “We picked up so much information along the way on how to make these cars better, that now there’s a bunch of stuff we want to try to see what the car will react to.”